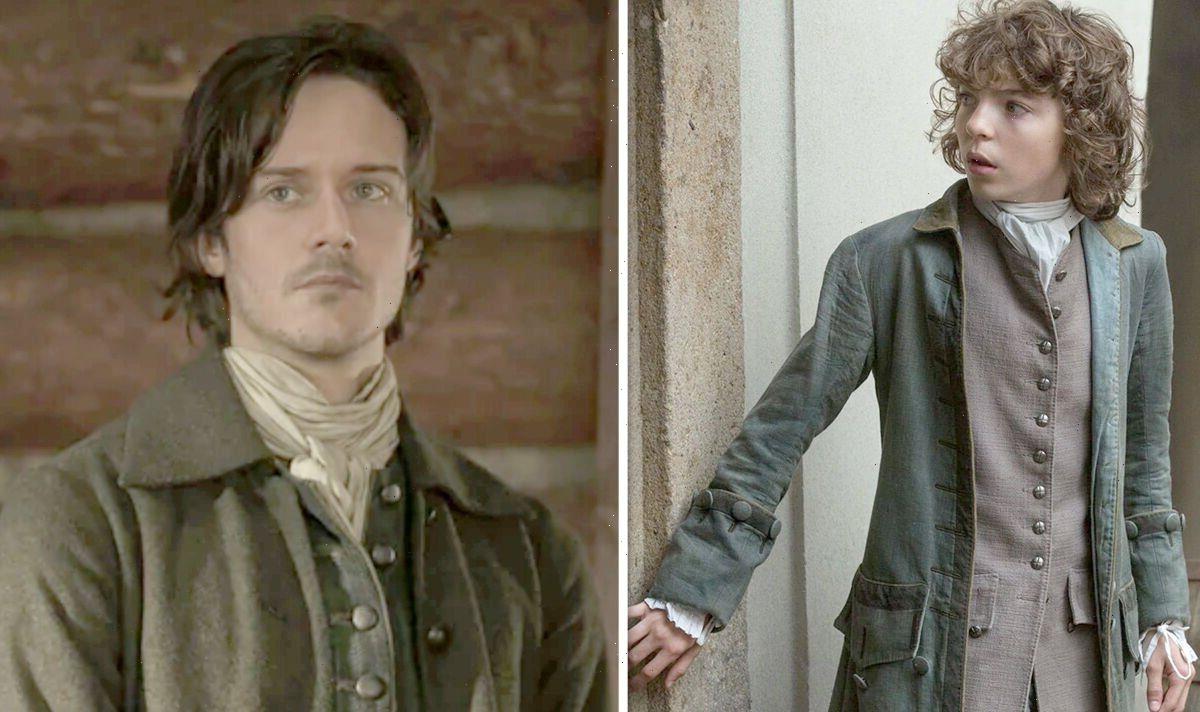 Outlander teaser: "I Am Not Alone" – Season Finale

As the Droughtlander continues, fans of the Starz series are looking for something to ease the wait. The show has a large ensemble cast, who have been propelled to global stardom thanks to the Diana Gabaldon series including actor César Domboy. But why did he replace the original Fergus actor Romann Berrux?

Why was Romann Berrux replaced as Fergus Fraser in Outlander?

Domboy took over from child actor Berrux, representing an adult version of the character in the 20 years Jamie (played by Sam Heughan) and Claire Fraser (Caitriona Balfe) were separated.

Berrux was part of the show from 2016 to 2017, first appearing in season two as young boy who helps Jamie and later serves as a pickpocket for the Highlander.

The child star also featured in the first half of Outlander season three and viewers saw how Fergus’ hand was chopped off by a group of vicious Redcoats on the hunt for Jamie in the aftermath of Culloden.

Berrux was simply replaced by Domboy because the makers needed an older actor to show the passage of time with Fergus growing up.

The actor would have been around 14 or 15 when Outlander season three was filmed, while Domboy was about 26 or 27.

Since departing from Outlander, Berrux has gone on to star in TV series The Inside Game and Détectives. He also starred in the TV movie Huguette back in 2019.

After departing Outlander, Berrux shared a sweet snap on Twitter of his leaving present from actors and producers Heughan and Balfe.

He posted a shot of himself in a kilt with a sporran to his 44,000 followers and captioned it: “A promise made is a promise kept… I received a kilt (my dream) from @caitrionambalfe and @SamHeughan ! I am so proud !”

Co-star Balfe commented underneath: “You wear it better than the Big Red one !!!!”

While Heughan responded: “Looking good my man. Wears it well for a very small person.”

Speaking to Entertainment Tonight back in 2017, Domboy said about joining the show: “It’s weird in the best way. It’s such a great thing to start working on.

“It’s actually the first time I’m catching someone else part and Young Fergus was so good, I’m actually really happy to be as good and trying to keep doing what he was doing in the show.”

Domboy said he tried to maintain some of the mannerisms of his predecessor such as keeping elements of the pickpocket by touching objects with perhaps an eye to stealing them.

“That’s something I thought was lovely. Sop, I’m trying to do stuff like he was doing, moving like he was, and being enthusiastic.”

He went on to say: “And also add some more of grown-up Fergus because we can imagine a lot can happen in those 15 years of gap.”

Berrux is not the only child star to have been replaced by an older actor, Oliver Finnegan was also replaced by Charles Vandervaart as an older version of Jamie’s son William Ransom.

Since Domboy joined Outlander, he has had some big storylines including his romance with Marsali Fraser (Lauren Lyle) and their subsequent marriage.

Season six also saw Fergus taking a dark turn as he hit the bottle and struggled with his guilt over Marsali’s attack and Claire’s kidnapping and sexual assault.

Fergus and Marsali found themselves as odds over his drinking with his heavily pregnant wife dismayed and unsure what to do about her changed husband.

Outlander season 7 is in production now