Netflix subscribers have been gripped by Marty (played by Jason Bateman) and Wendy Byrde’s (Laura Linney) time in the Ozark’s for three seasons now. The money laundering husband and wife duo have found themselves at the centre of countless deadly, nail-biting and near-death scenarios, but arguably none were more as impactful as the sacrifice of Wendy’s brother Ben Davis (Tom Pelphrey).

However, while Wendy played a huge part in her brother’s death, she wasn’t the only one broken by the decision.

After all, with the cartel’s wicked lawyer Helen Pierce (Janet McTeer) breathing down their necks as Ben posed a substantial threat to expose the entire criminal organisation, Wendy felt she had no other choice.

But Ben’s girlfriend Ruth Langmore (Julia Garner) was far from sympathetic to this stance, cutting ties with Wendy and Marty for good after discovering their roles in her other half’s demise.

In unforgettable scenes, Ruth confronted Marty and Wendy in their offices, blasted the latter as a “b***h wolf”, and stormed off on her own path. 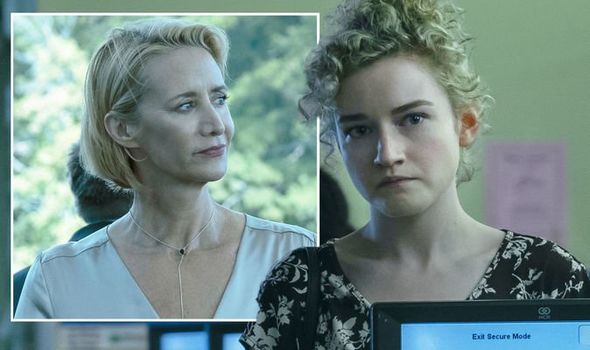 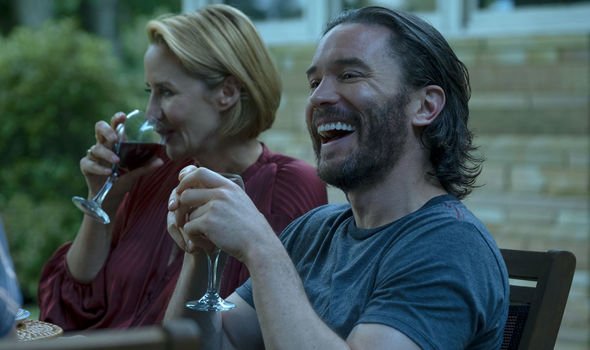 Shortly after, Ruth sought solace in cousin Wyatt (Charlie Tahan) and his drug queenpin girlfriend Darlene Snell (Lisa Emery), teaming up to make a formidable opposition to the Byrdes in season three.

However, this wasn’t before she paid a visit to Helen at her Ozark home.

While she cut ties with the Byrdes, she didn’t seem quite as hostile towards Helen – despite her effectively being the mastermind behind Ben’s death. 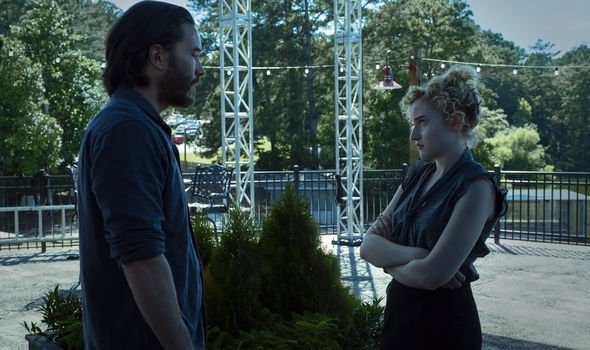 Ruth continued in the season three finale: “You’ve taken a f*****g lot from me, but I don’t got beef with you.”

Helen listened intently to the young Langmore’s speech before offering up a hypothetical scenario of her own.

“If Marty and Wendy were out of the picture, would you consider coming back to work?”

Ruth replied she wasn’t “hard to find” before Helen shut the door of her home and put her failed plan to take down Marty and Wendy into motion.

So where does the plot hole lie? Well, some eagle-eyed fans are convinced Ruth would never have been so calm with Helen given how deeply hurt she was by the Byrdes’ involvement in Ben’s death.

Taking to Reddit, user Ishaan365 put forward the questionable moment, saying: “When Ruth goes to Helen and says that she quits, why does she say that Helen knows where to find her.

“Helen literally was the main person in charge of killing Ben. Is she only p****d at Wendy?”

One fan backed that Ruth’s thinking isn’t exactly understandable after Ben’s death, as they added in response: “I think Ruth’s logic after his death is totally flawed tho. She’s just as responsible for his death, perhaps even more so, than Wendy.” (Sic)

However, perhaps it could be explained by Ruth fearing Helen and the possible repercussions of quitting the cartel.

Either way, many fans will undoubtedly still be scratching their heads at how Ruth could seemingly bypass Helen’s part in Ben’s death to even entertain the idea of working for her.

Ozark seasons 1-3 are available to stream on Netflix now.