Characters are always lighting up in the drama, which means the cast get through thousands of roll-ups every series.

Even though they’re herbal cigarettes, it’s still hell for them.

Helen McCrory, 50, who plays Polly, said: “If anything will put you off smoking, it is this programme. They make us smoke herbal.

“The ones I have are with liquorice paper and they are horrible.

“I don’t know why, but they taste disgusting. And it’s constant.

“They affect everything. I wouldn’t recommend it.”

Finn Cole, 23, inset, who plays Michael, said: “We get through countless cigarettes between us. You don’t smoke the whole thing and they’re a lot softer than a standard cigarette.

“But I think I’m allergic to them. I always get a sore throat and get really bunged up.” 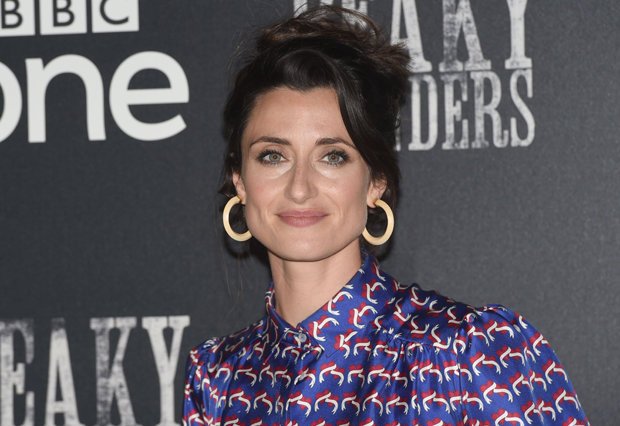 Helen said: “They have no nicotine in. It smells like somebody’s smoking a spliff. It smells funny. It doesn’t smell like tobacco.

“It’s the stuff they smoke in theatre. I used to go to plays for years and think, ‘Why has he got a spliff on the go and how is he remembering all these lines when he’s this stoned?’”

Leading man Cillian Murphy, 43, who plays Tommy, smokes the most out of everyone in the cast.

The props department has estimated he gets through 5,000 of them every series.

But the silver lining is it helps him pull off his intense performances.

Finn said: “Cillian has always got a cigarette in his mouth on set. He often smokes them in between takes to keep that element of his character. It allows for consistency.

“That action of the cigarette helps him with the way he performs his lines and the tone.”

Natasha added: “I don’t advocate smoking, but it’s important to have it to be true to that era. People didn’t realise what it was going to do to their health. It was part of their social life.”