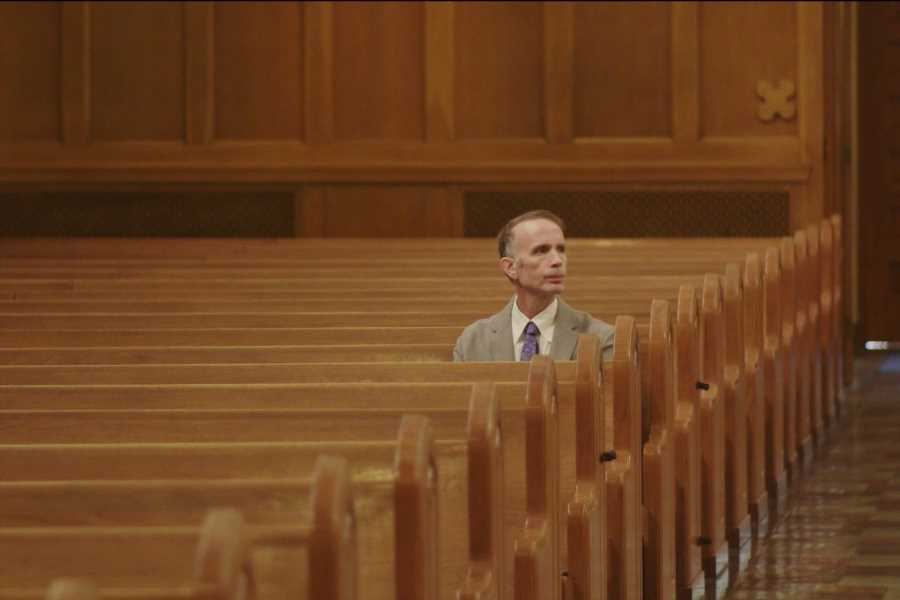 Robert Greene had an idea. The filmmaker behind such blurred-line experimental documentaries as Kate Plays Christine (2016) and Bisbee ’17 (2018) had seen a Kansas City press conference, in which an attorney named Rebecca Randles and her clients — four men who’d been abused by Catholic priests as kids — were demanding that the authorities in Kansas and Missouri begin criminal investigations into the incidents. Never mind the statute of limitations; after discovering that more than 230 priests “that we know of” in the area who’d been actively abusive over several decades, it was time to hold the Church accountable. Justice needed to be served. Greene reached out to the lawyer. Would these men be interested in collaborating with him on a project?

Is 'The Viewing Booth' the Best Documentary of the Year?

Three of them (Michael Sandridge, Tom Viviano, Mike Foreman) agreed to hear the filmmaker out. Randles suggested three more survivors (Joe Eldred, Ed Gavagan, Dan Laurine) who she thought might benefit from what Greene had in mind. The notion was that these men would, with the help of a trained drama therapist, revisit and reenact some of the traumatic moments around their abuse. Greene and his crew would film these scenarios, utilizing both real environments — i.e. actual churches — and constructed sets. The men would help out by playing parts in the others’ stories, including some of the abusers. The filmmakers would also give their subjects the space to talk about their experiences directly, as well as following them as they returned to the scenes of numerous crimes.

You can see the skepticism in the eyes of these six survivors, who’ve learned not to trust anyone and seem wary of fresh salt being poured into wounds that have never truly scabbed over. Their hesitation is evident — they do not want to exploit their tragedies, or appear “pathetic.” Going public with their stories is one thing, but actually recreating them? And then, after some group discussion and nervous laughter, Gavagan says, with a quiver in his voice: “I want this to be like Marvel superheroes, vanquishing the forces of fucking darkness.”

Procession — which begins streaming on Netflix today — is, in its own painfully intimate and singular way, a superhero story, assembling its team of avengers and letting them take on enemies both individual and institutional. The way this band of brothers has each others’ backs as they plunge into personal nightmares (and, in one case, a literal nightmare), is inspiring. It’s not a coincidence that the opening credits list it as “a film by” all six of these men. But this is also a portrait of ordinary human beings wrestling with demons, armed with nothing more than righteousness, courageness and a dogged need to be heard when so many refused to listen. It may have taken a man with a movie camera to let them venture into the past and, in the words of one of their collaborators, “to stand up for the little boy who couldn’t.” Yet these guys are the ones who step willingly into the worst moments of their lives, jumping into an abyss with the faith that there may be something healing on the other side. Name something that’s more heroic than that.

As for the films they make in order to confront what happened to them, they range from the baroque (a baptism sequence in which a clergyman’s eyes glow green — a detail related to one survivor’s memories of his rapist) to the corrective (Foreman replays a meeting that shut down his judicial case and now allows himself to rage accordingly). Others dive back into specific, detailed moments of trauma that aren’t explicit, but are near unwatchable. For some of them, the mere idea of stepping foot into a church again feels like crossing a major threshold. Two different sequences of men returning to remote houses where horrors occurred are equally unflinching, and equally devastating. There are a handful of moments when you genuinely worry you’re watching someone have a complete and irrevocable breakdown in real time.

It’s a harrowing documentary, to be sure, but also healing in a way that doesn’t go for easy emotional button-pushing, or play down the white-knuckle struggle they endure while processing all of it. (The movie’s title contains multitudes.) Greene tried something similar with his previous work Bisbee ’17, in which the residents of a small Arizona mining town mark the 100th anniversary of a racially motivated incident by helping the locals restage the tragedy, complete with musical numbers. It combined performance, testimonials, advocacy and activism as a way to get at a deeper truth about what happened, and how history continues to reverberate in the here and now. The tightrope he’s walking with Procession, however, feels far more perilous. There’s a lot more at stake, in terms of these grown men bringing their childhood monsters back to life. Not to mention, of course, the child actors they’ve cast as their younger counterparts. A single wrong note, and this could have been disastrous for everyone involved.

Instead, Greene and his crew bring not just a sensitivity to the proceedings, but grant these six brave souls the license to let everything out, any way they need to. And it’s the stage they set, not to mention the way these men strut and fret and scream and sob on that stage, that lends Procession the power it possesses. It simply wouldn’t have the seismic effect, or sense of truly earned catharsis, without those recreations — for the subjects and the audience. It ends with one man being handed a sledgehammer and demolishing a set that eerily resembles a rectory bedroom, and another reading a letter addressed to his younger self, as the actor he played him sits and listens. Neither of them are anywhere close to being able to let go of the past. But for a second, you can see that they’ve made peace with it, and feel ready to let go of some of the pain they’ve held on to for all of their lives. Procession gives them the chance to exorcise those demons. And then it gives them the strength to take the first step toward moving on. 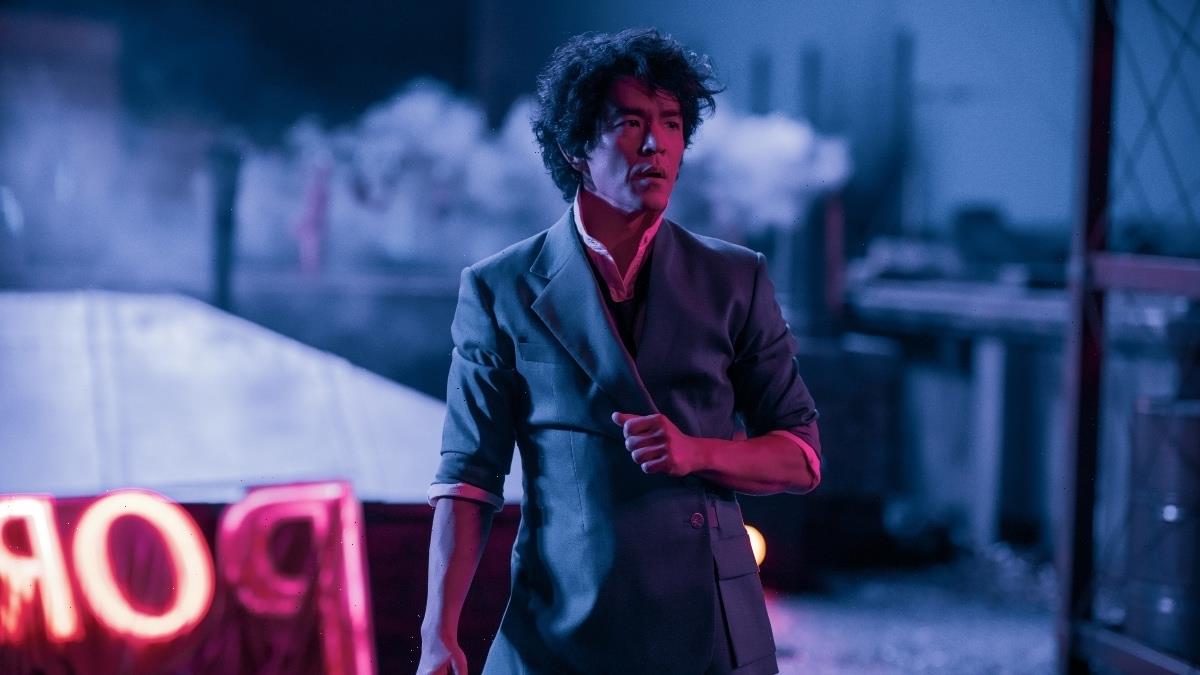 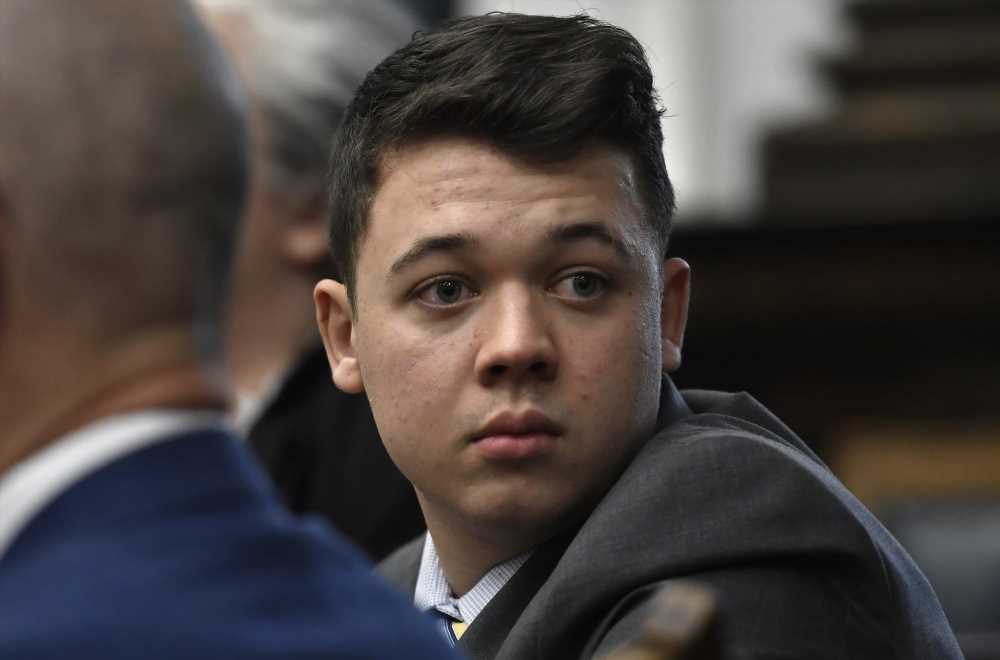