It’s called Power. Packaged in a glimmering capsule, the secretive new drug and its attendant pushers arrive in a major American city, hit the streets, spread the pills, and move on. In its wake: a new class of addicts, people who have discovered that one hit of Power can unlock abilities — superhero-esque, you might say — they never knew they had. It’s a thrilling idea for an action film, and one that takes compelling shape in “Project Power,” the latest from “Catfish” filmmakers Henry Joost and Ariel Schulman. Still, armed with a stellar cast, including Jamie Foxx, Joseph Gordon-Levitt, and rising star Dominique Fishback, the new Netflix would-be blockbuster never reaches its potential, layering complications that only muddy what should be a slam-dunk twist on the superhero story.

It starts strong. The drug that gives its users five minutes of otherworldly abilities is offered up to a cadre of dealers (for free!) to sell to, well, anyone who wants it. And plenty of people want it. A series of 911 calls play out via energetic voiceover during the film’s opening minutes as people detail the “weird shit” they see, including crazy feats of strength and the occasional explosion. Mattson Tomlin’s script lays out the parameters of Power just as quickly, as one character explains, “you take it, for five minutes, you get what you get”; another adds that it “might be good, might be bad, nobody knows.”

A young New Orleans dealer, Robin (Fishback), sells Power to help her ailing mom and to potentially finance her own dreams of becoming a rapper. Her cousin Newt (Joost and Schulman regular Machine Gun Kelly) likes selling, but he really likes taking the drug, which imbues him with Human Torch-like powers that might do him more harm than good. Fast-talking local cop Frank (Gordon-Levitt) is eager to sniff out the wacky new criminals that have been bolstered by Power, especially if he gets to take his own dose that renders him nearly bulletproof. And they’re all about to meet Art (AKA The Major, played by Foxx), who is both the source of Power and its greatest foe.

Fishback, a natural talent who can share the screen with the larger-than-life Foxx and still steal the show, becomes the focus of an often-scattered narrative. Thrown together with Art, who is seeking out a variety of enemies (the drug, the bad guys, his own guilt), Robin is forced into a wild and very dangerous adventure through the city. (Don’t miss Rodrigo Santoro and Amy Landecker as some amusing bad guys.) 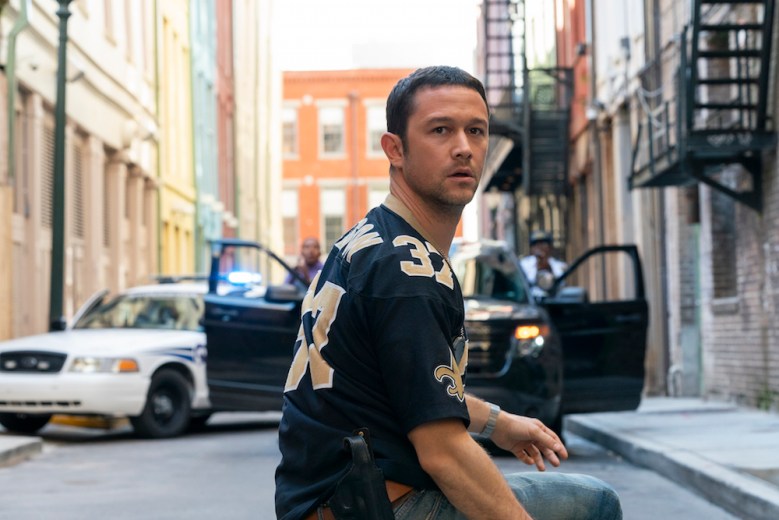 Screenwriter Mattson Tomlin is now one of Hollywood’s most in-demand writers, sharing scripting credits for “The Batman” with director Matt Reeves and already set to reteam with Joost and Schulman on a “Mega Man” feature. Here, he attempts to weave together some big ideas while rooting his characters in human motivations. Unfortunately, the idea of Power is both outsized and inexact (what is it, and what does it do, exactly?) and as the script attempts to answer such queries, it only becomes more convoluted, robbing “Project Power” of significant forward motion.

When very human characters come up against Power-mad foes, it’s a winning combination. Often it’s in short supply, leaving the film to substitute twists and turns. A pair of standout scenes — one involving a bank robber with chameleon-like traits, another that follows a party-goer shocked to discover her own abilities — highlight the thrilling possibilities of letting them take center stage, and Joost and Schulman’s talent in capturing them. We need more time with these alternately gross and cool Power-given abilities.

The filmmaking duo have made a career out of crafting films about the games people play with each other, from the still-compelling, maybe-documentary “Catfish” to 2016’s augmented reality actioner “Nerve.” While “Project Power” shares that film’s alternately gritty and candy-colored feel, it never reaches the same jangly energy of a speeding freight train with some larger questions tucked inside. 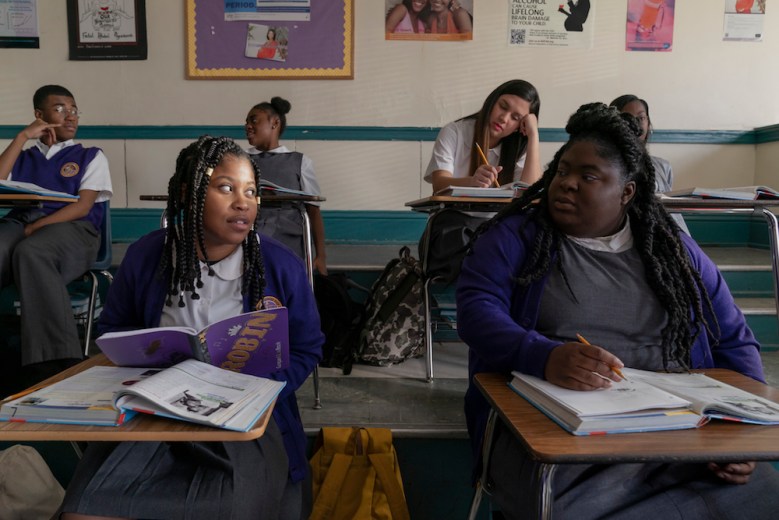 Like “Nerve,” “Project Power” wrestles with a litany of thorny moral issues (and not only those of the “great power, great responsibility” vibe) but never fully engages with them. There’s broad strokes about the impact of Hurricane Katrina on New Orleans residents, and a paper-thin exploration of the criminal implications of a cop not only using the drug, but buying it off a teenage dealer. (To say nothing of a reference to Henrietta Lacks that is both totally appropriate and absolutely insane.)

It’s a lot for one film, and “Project Power” never revs up enough gusto to power through its biggest, best ideas and deliver on their promise. Perhaps the (inevitable) sequel can pack more juice.