EMMERDALE'S Lisa Riley has given fans a rare look behind the scenes on the soap – showing the homes all lined up in a vast studio.

The Mandy Dingle star, 43, revealed some of the new measures in place on the set in Leeds, including a lady who enforces social distancing with a giant stick. 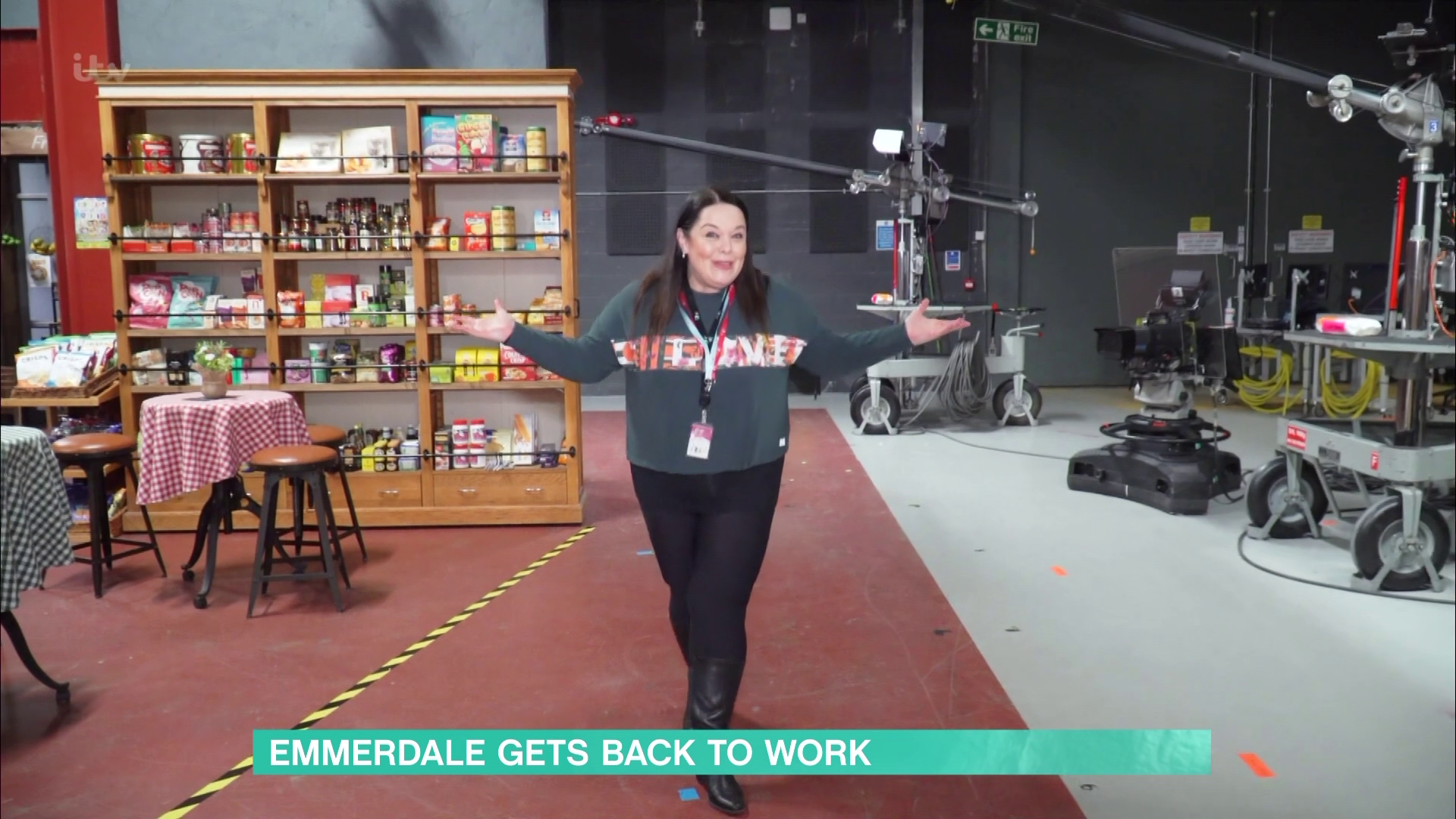 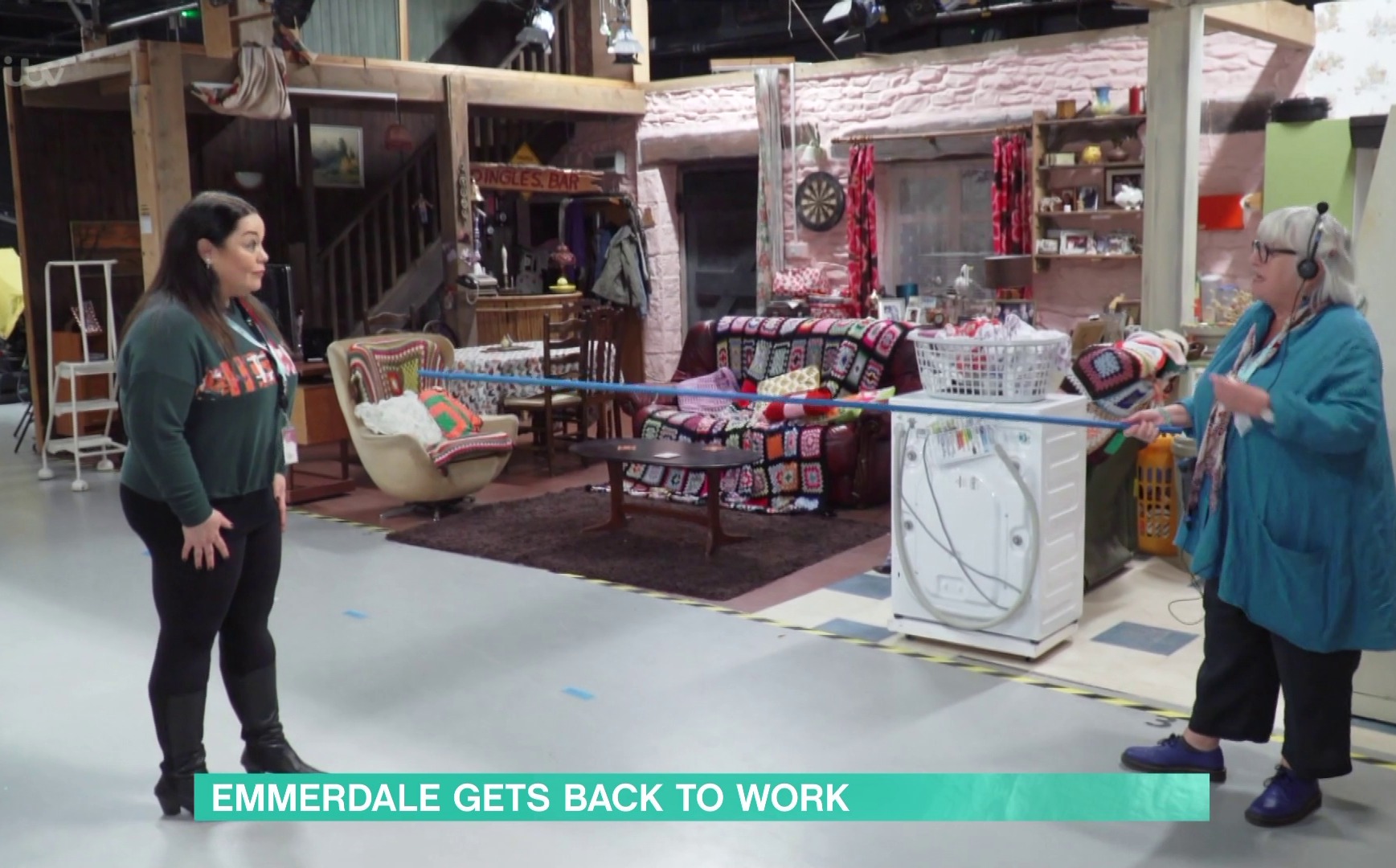 She explained how the temperatures of the actors and crew are being taken on the way into the ITV base – and the whole building converted into a one-way system.

Lisa said: "We are now in charge of our own hair and make-up and of course our wardrobe is laid out for us in our room, fully sanitised, in the order we're going to shoot that day.

"Because of the one-way system and the circle if, while we are shooting, Mandy's eyelash starts to lift, and I need some Mandy Dingle eyelash glue, there's only one person who can get it – thats me!

"Full circle round the building!" 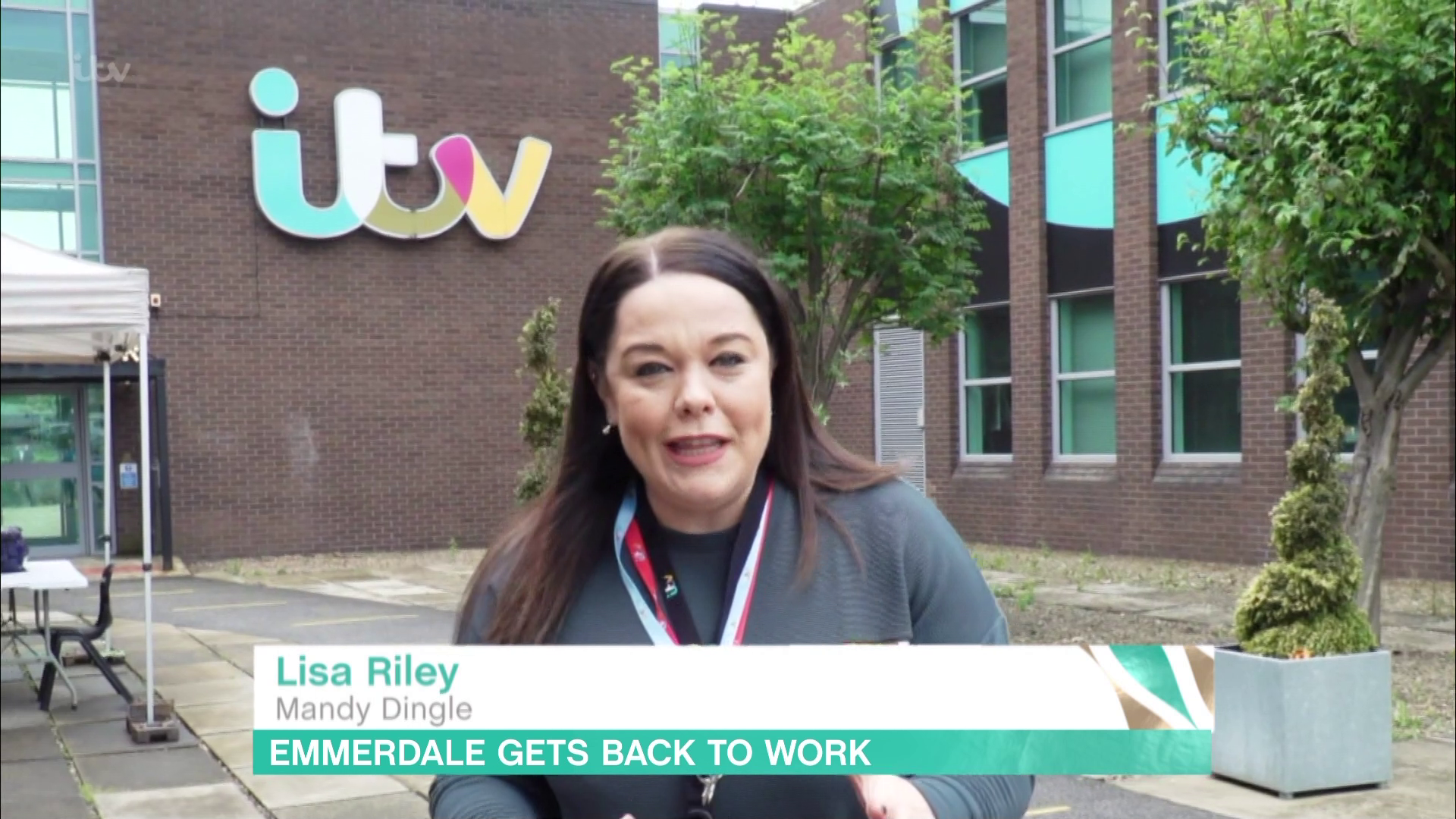 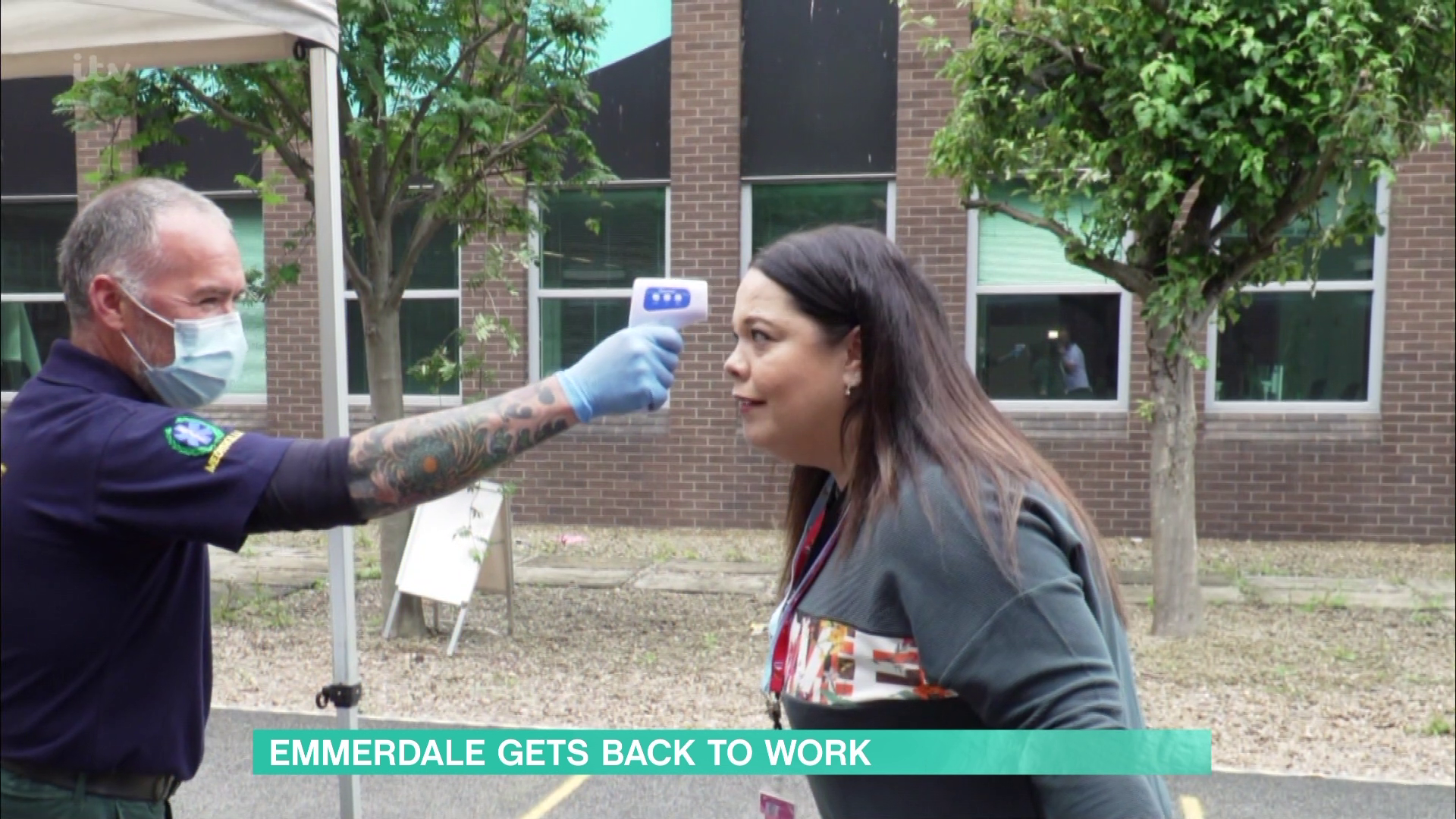 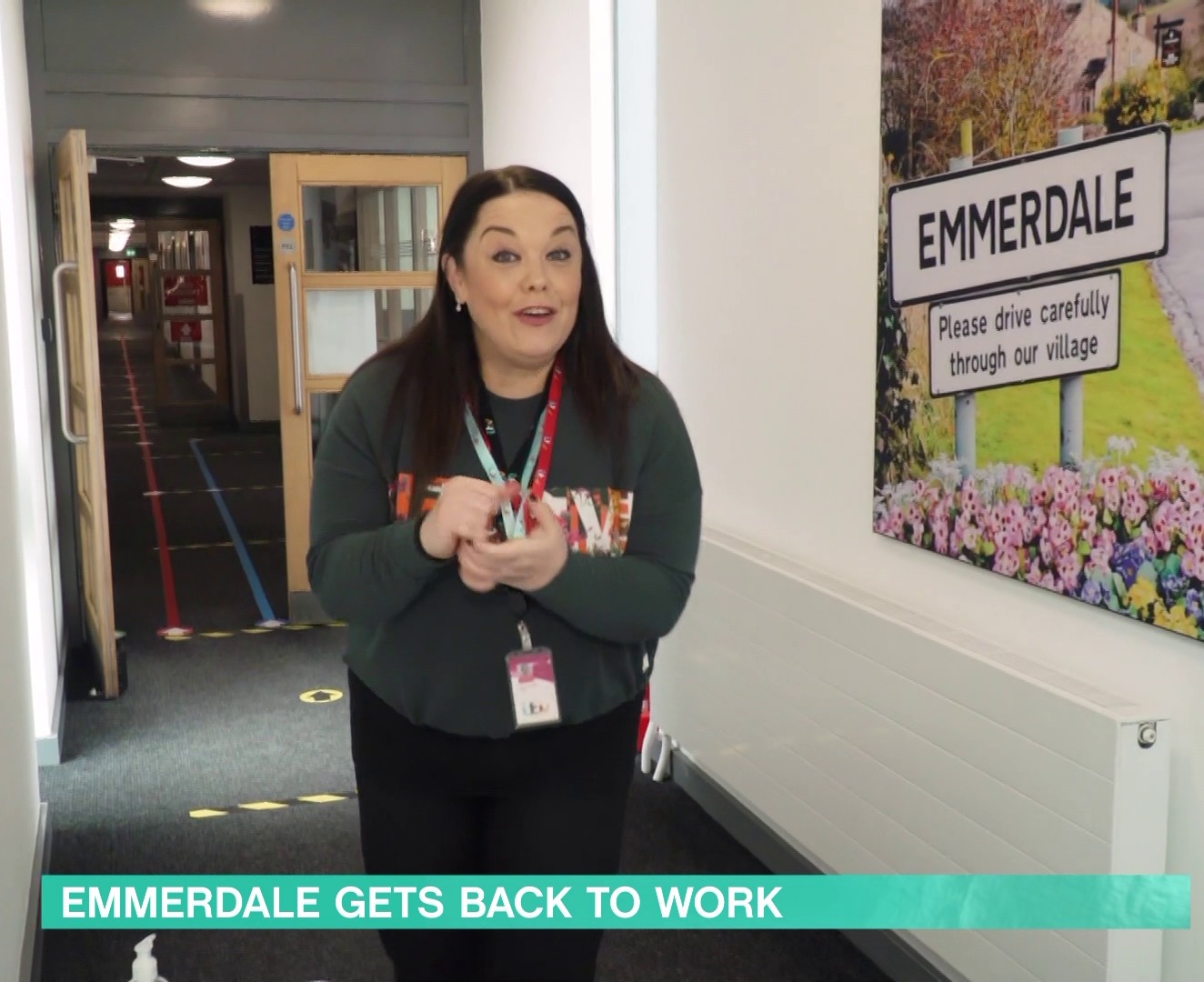 She then toured the various houses, which were constructed side by side inside an enormous hangar-like studio.

Lisa said: "Over there is our Marlon's house, here's the lovely David's shop and where I really want to take you is to my house. We're going to the Dingles."

She then walked over to the set for her lounge, which looks tiny compared to how it appears on screen.

The star also explained that scenes are shot in such a way that characters who are the regulation two metres away during filming seem to be closer together thanks to cameras filming from certain angles. 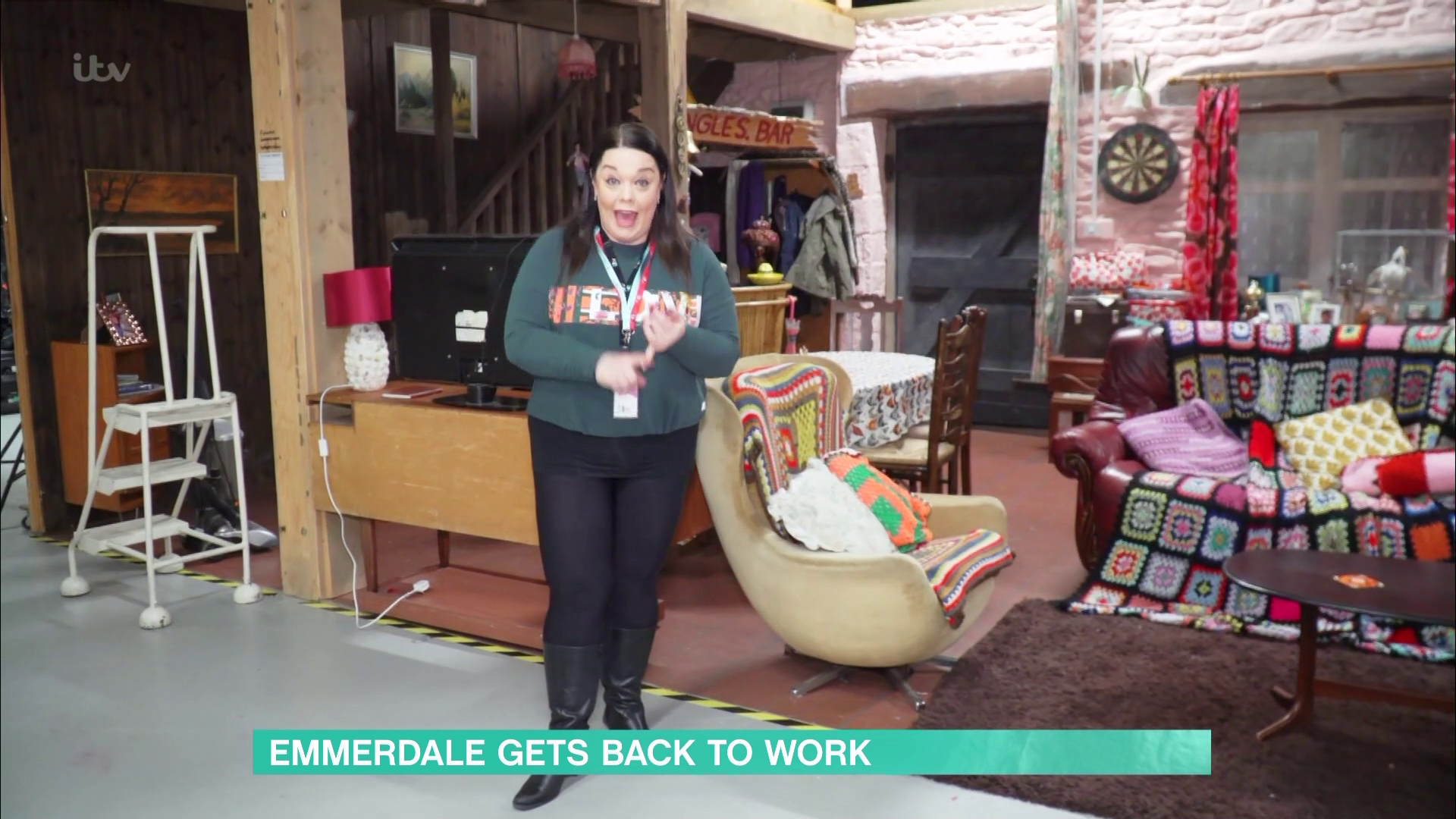 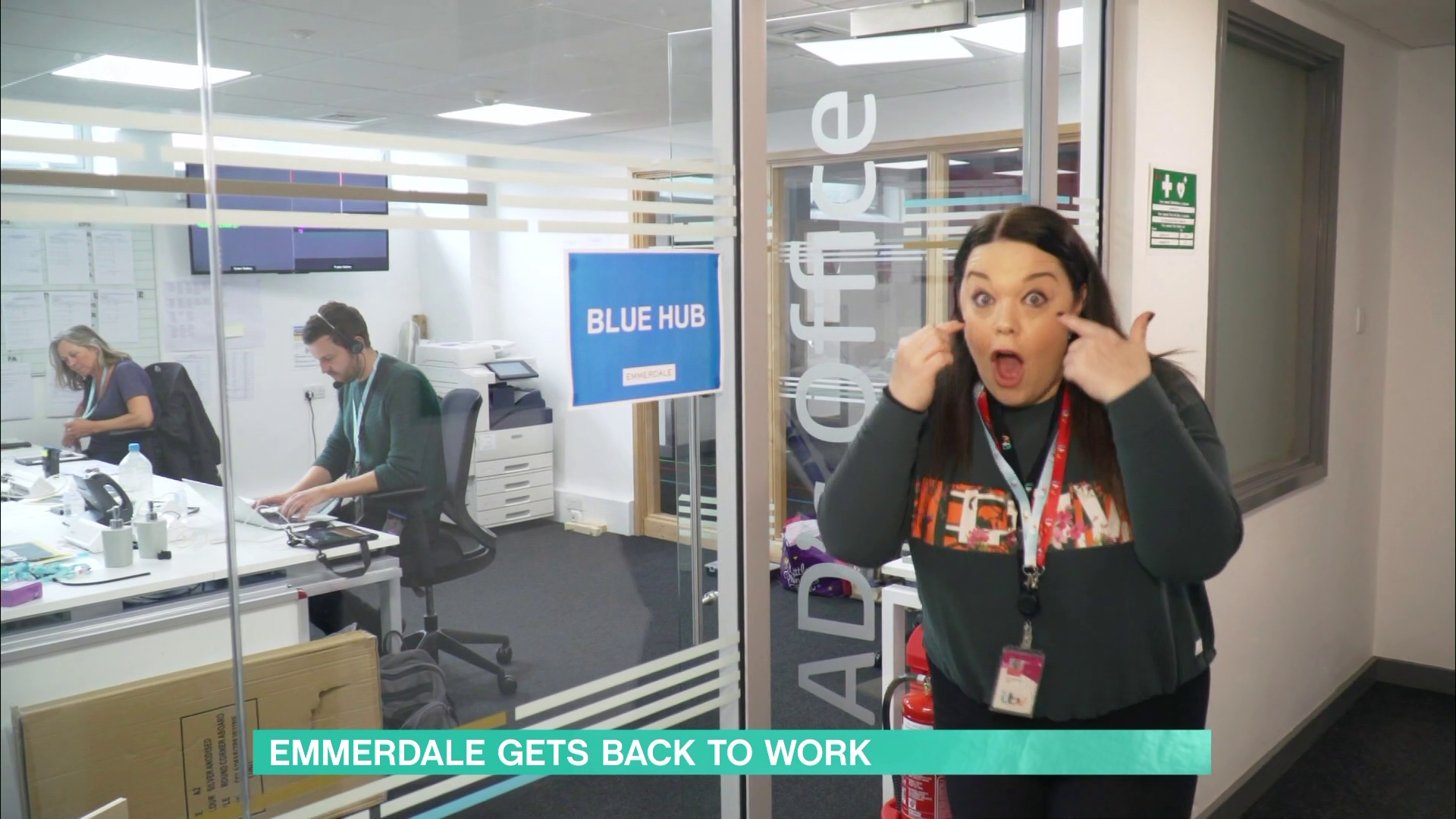 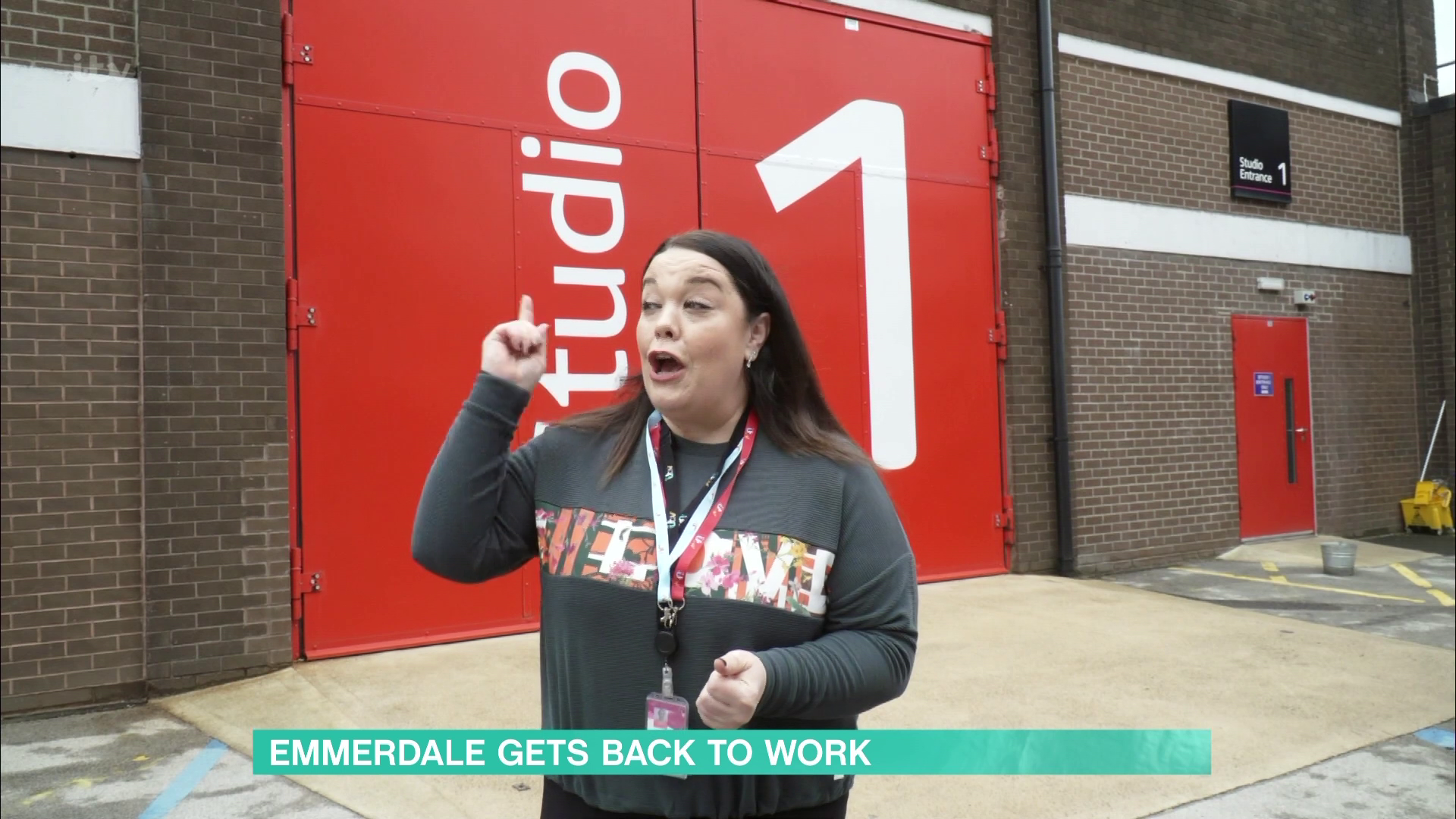 She said: "That's the magic of television."

Other never-before-seen spots in the Emmerdale headquarters that she went to included the assistant director's office and the corridor, which was lined with giant pictures of the soap's classic moments.

And when the action returned to the This Morning studio, Eamonn Holmes had found his own version of Emmerdale's two-metre stick, using it to demonstrate how far he would have to be from wife Ruth Langsford. 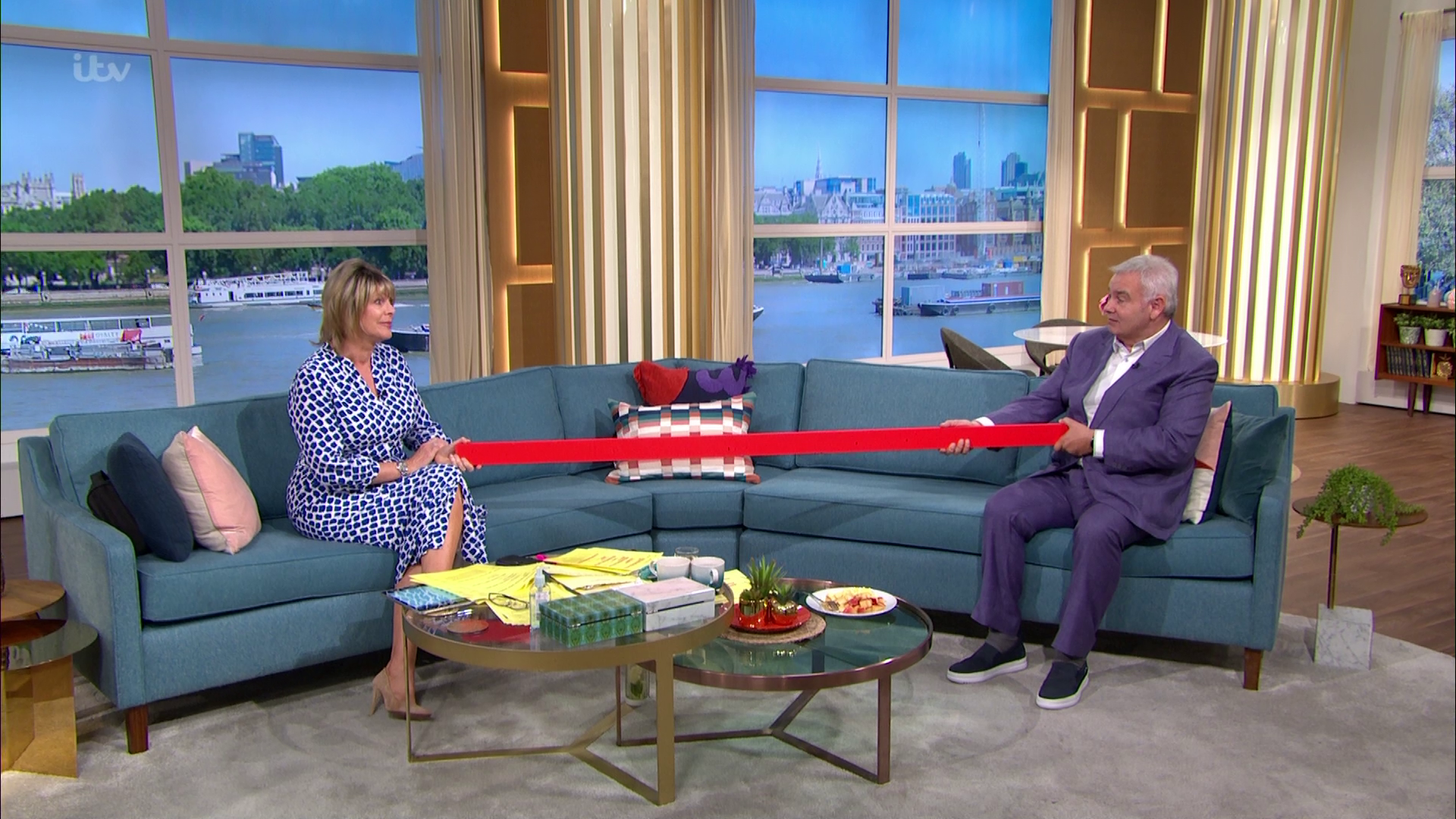 Tags: at, backstage, Emmerda, Look, rare
Recent Posts
We and our partners use cookies on this site to improve our service, perform analytics, personalize advertising, measure advertising performance, and remember website preferences.Ok