The newlyweds were seen embracing as Raven affectionately grasped Miranda's behind in new photos. 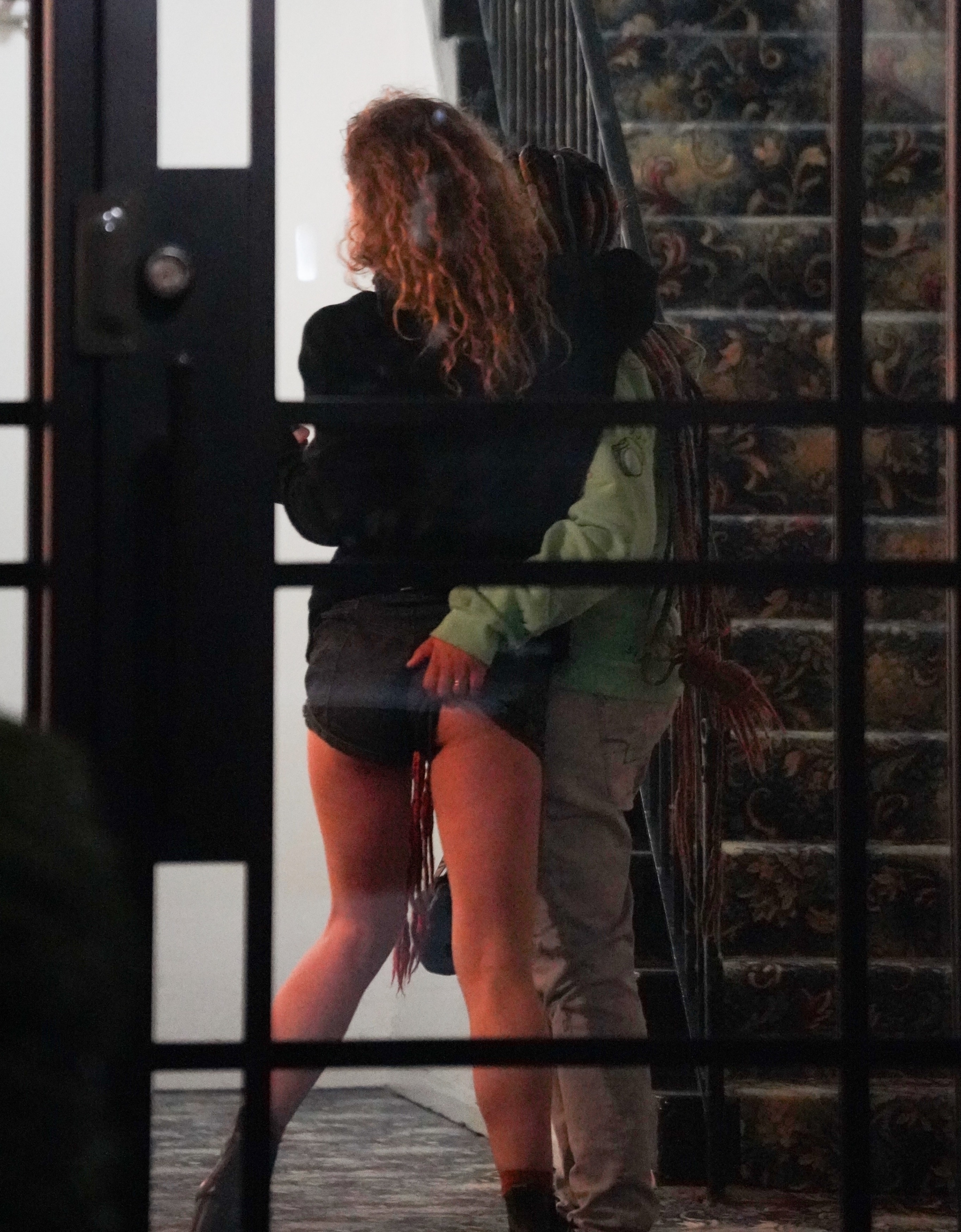 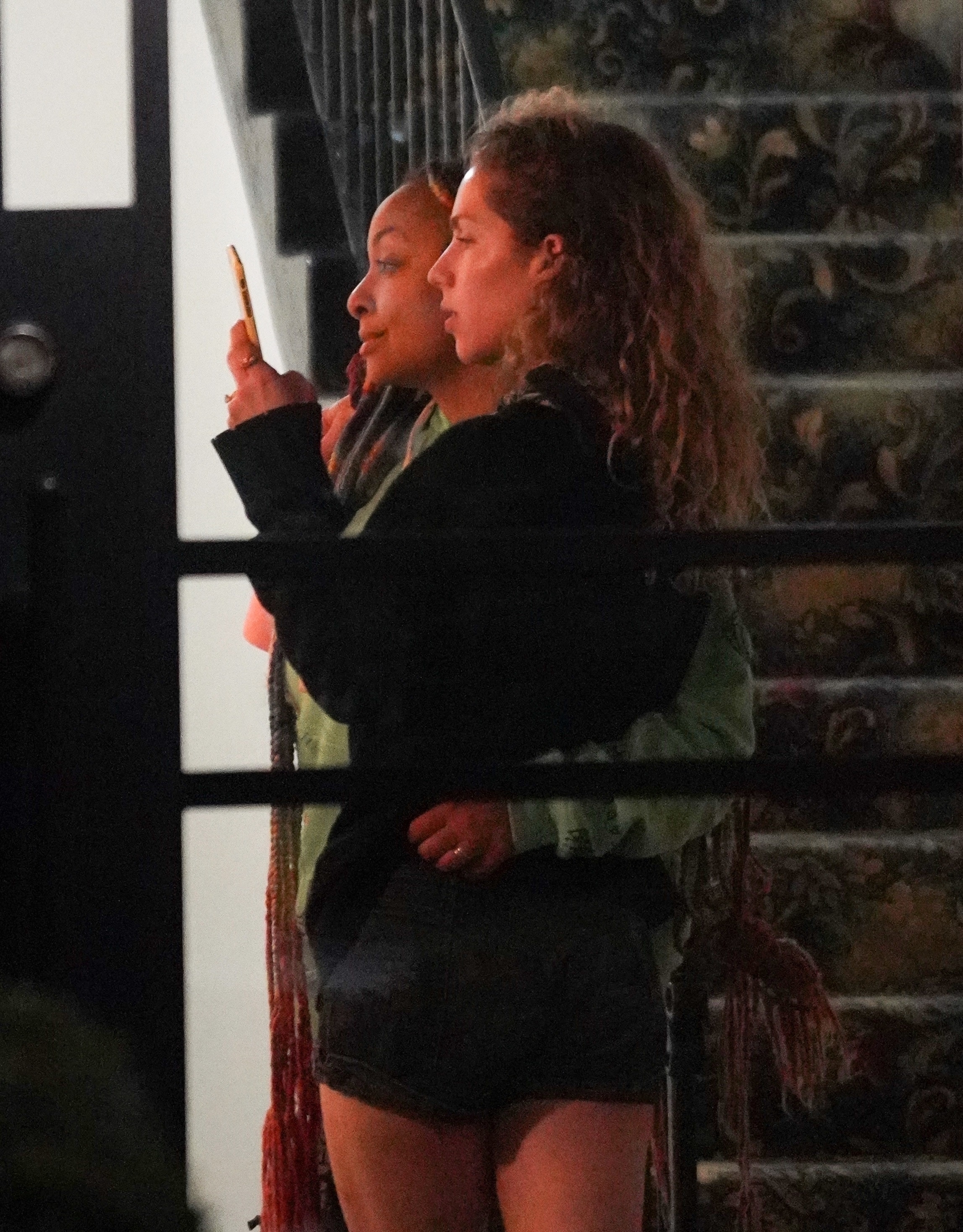 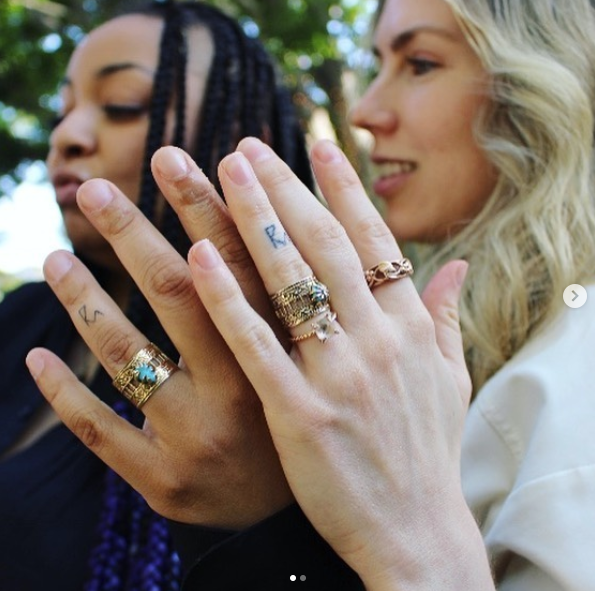 In one photo, Raven and Miranda have their arms wrapped around each other as Miranda looked at her phone.

Another photo showed off the couple's silly side as Miranda stuck out her tongue while holding up her phone.

Additional photos show the two with their arms wrapped around each other as they enjoyed their time as a newly married couple. 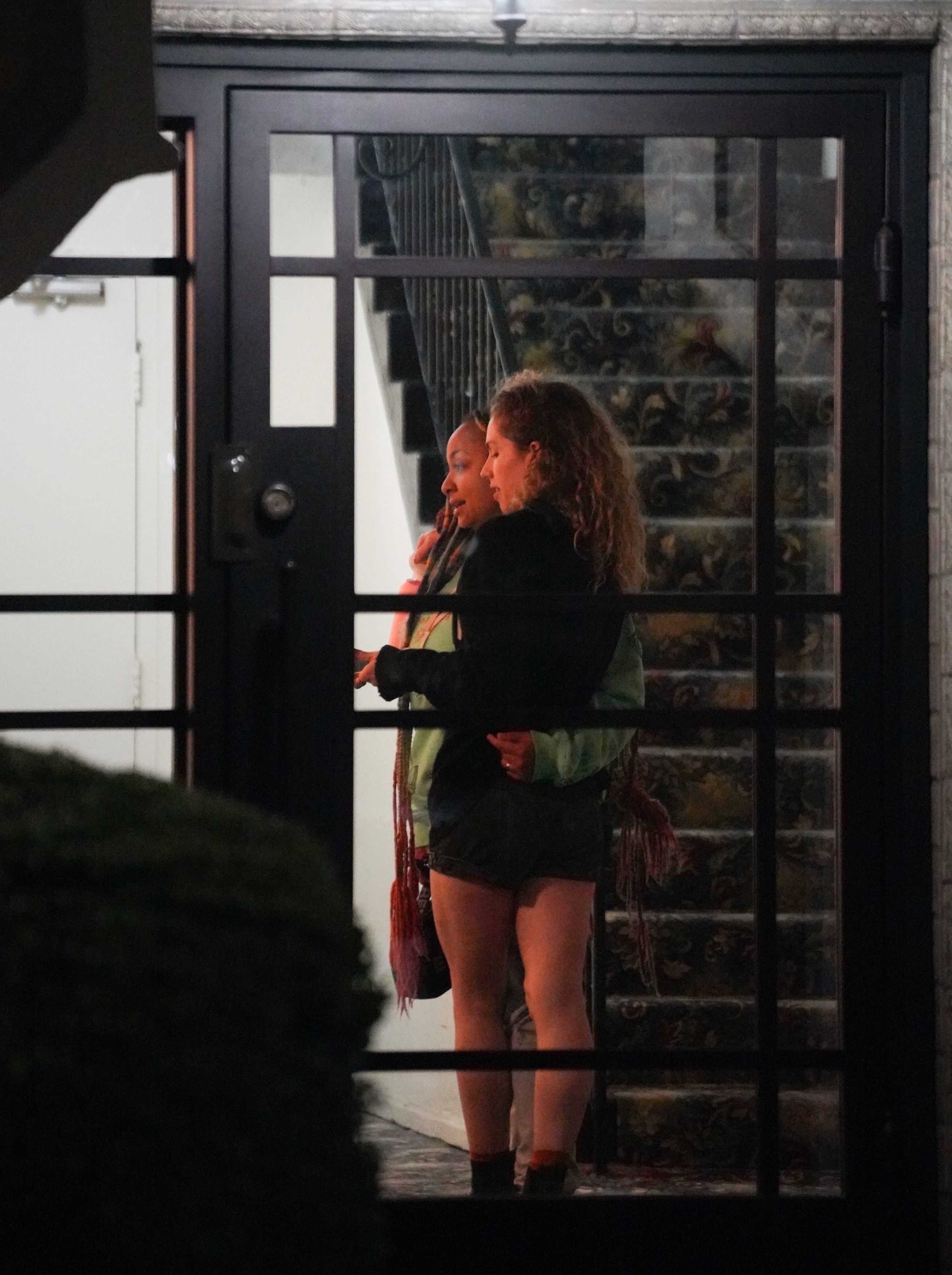 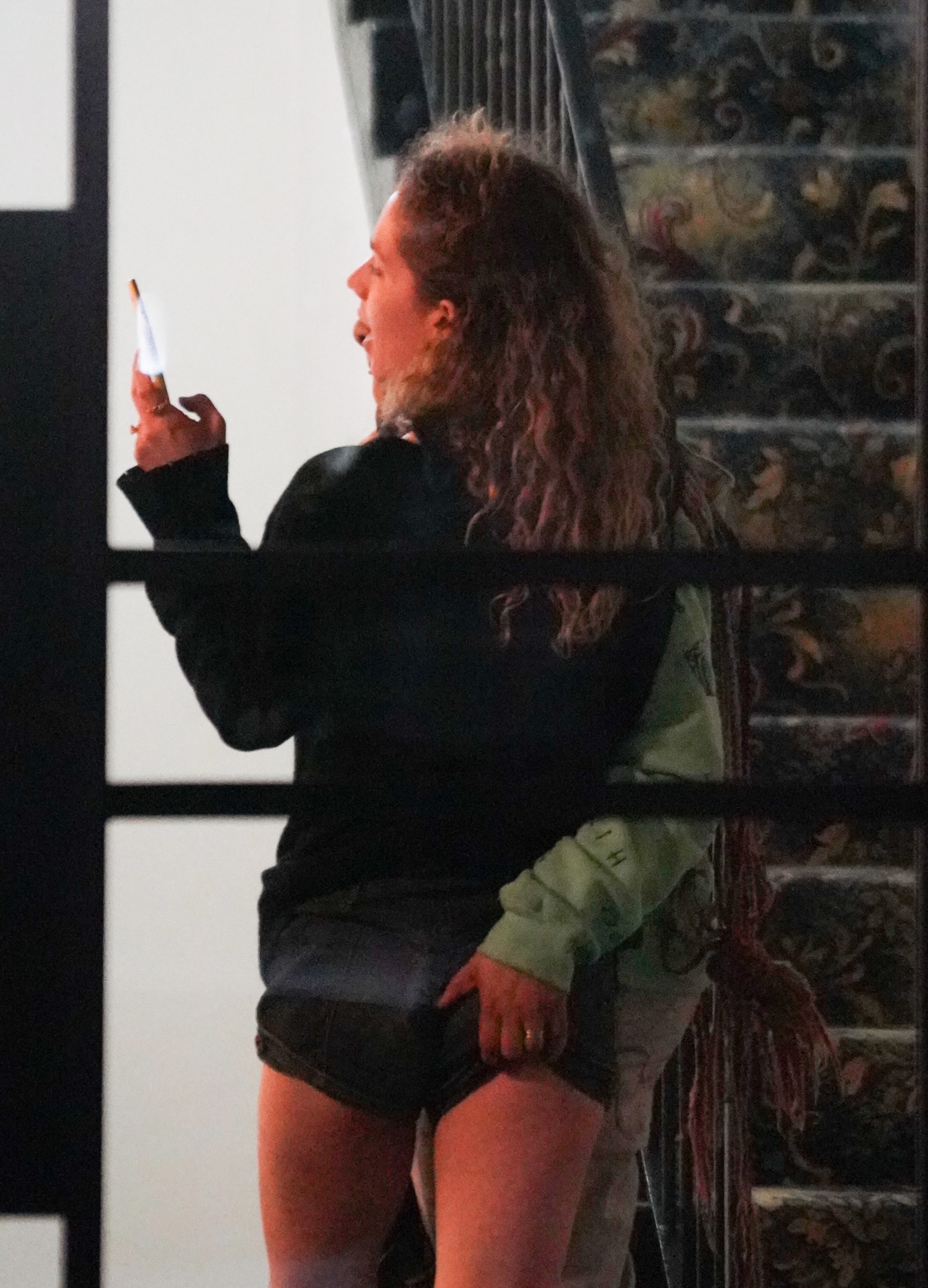 Raven, 34, surprised fans in June by sharing that she and Miranda got married by posting a a series of photos on Instagram from the backyard ceremony.

The That's So Raven star captioned a loving shot of the brides: “I got married to a woman who understands me from trigger to joy, from breakfast to midnight snack, from stage to home.

While Raven took an Instagram hiatus in early May, she was more than happy to return to the social media platform to share the news of the wedding. 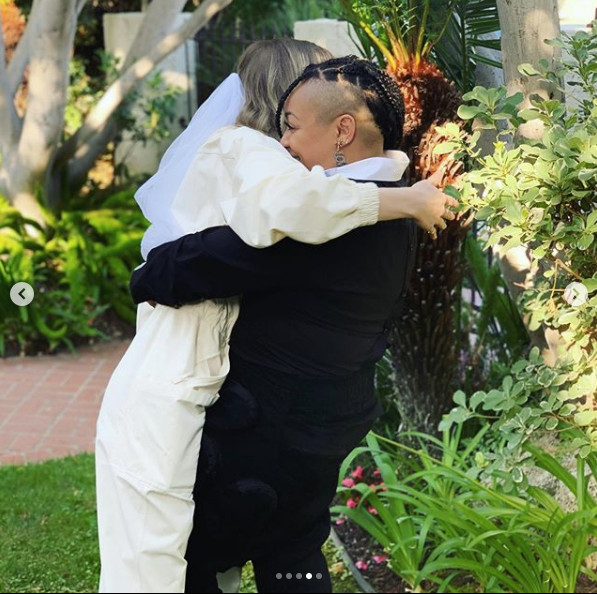 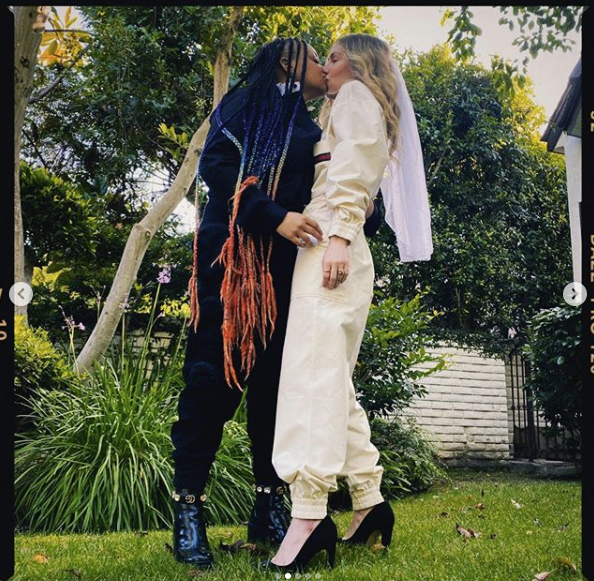 The ceremony had to be "small during this time" due to the coronavirus pandemic and social distancing guidelines, though the Raven's Home star thanked "all those who helped" put the magical day together for her and her new wife.

The intimate ceremony only allowed for close friends and family to attend, though a number of stars took to social media to congratulate the couple. 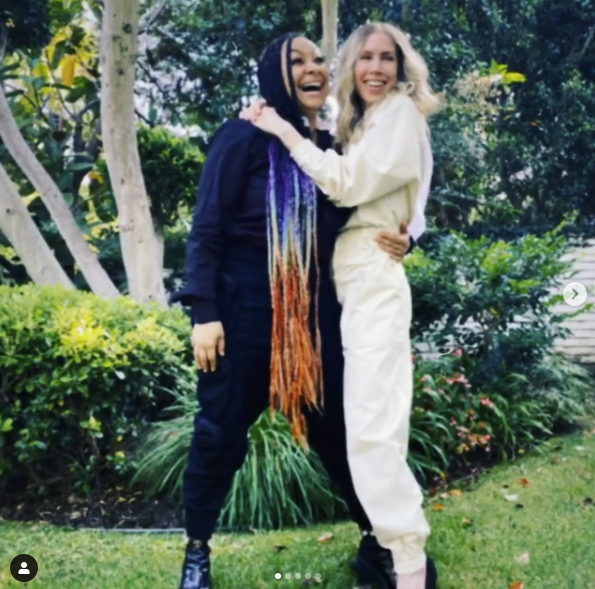 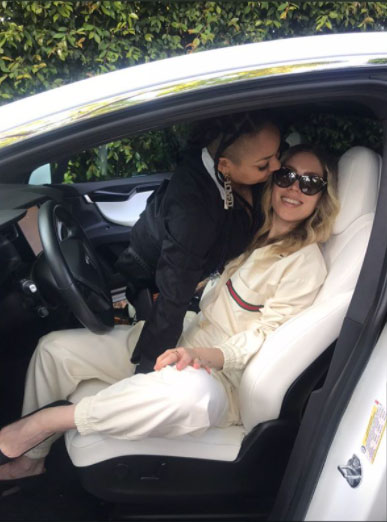 One familiar face that was in attendance was Debbie Allen.

The 70-year-old TV exec, who directed Raven on That's So Raven, catered the ceremony.

Debbie shared her involvement in the wedding by posting a collage of four photos on Instagram, which included a selfie with the brides.

She captioned the post: "I was the caterer for guess who’s wedding…" 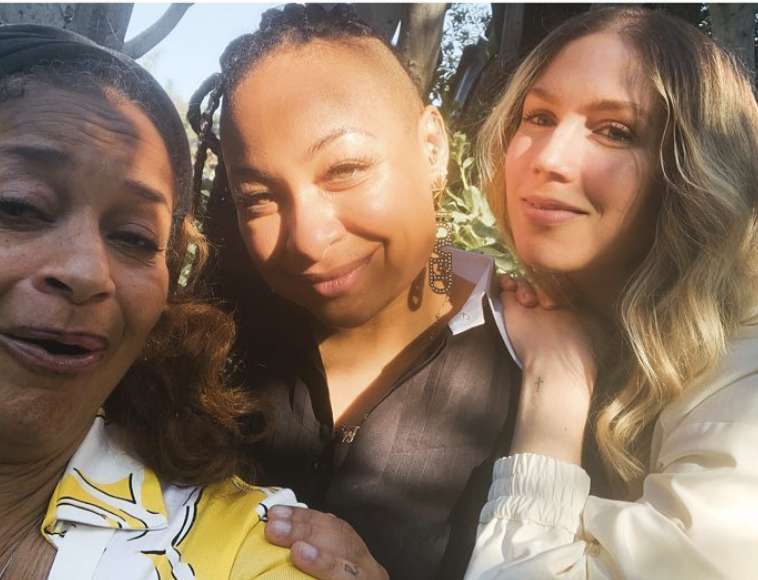 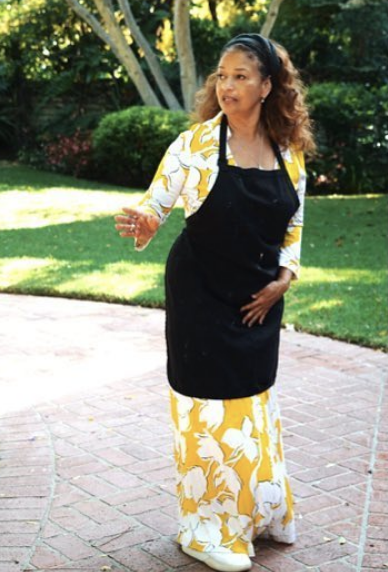 The Debbie Allen Dance Academy owner also shared a picture of her wearing a black apron over a yellow ensemble, as well as another that showed the food she had prepared for the festivities.

Raven commented on the post to say "the oysters were bomb," while Miranda thanked "Mama D" for making their "day so special." 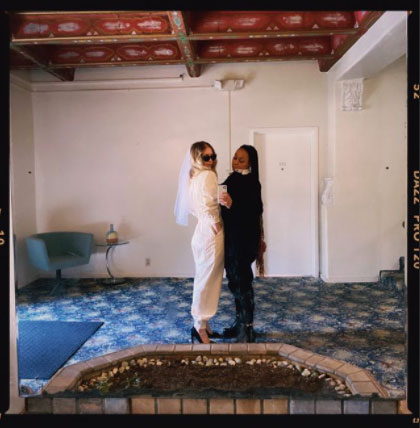