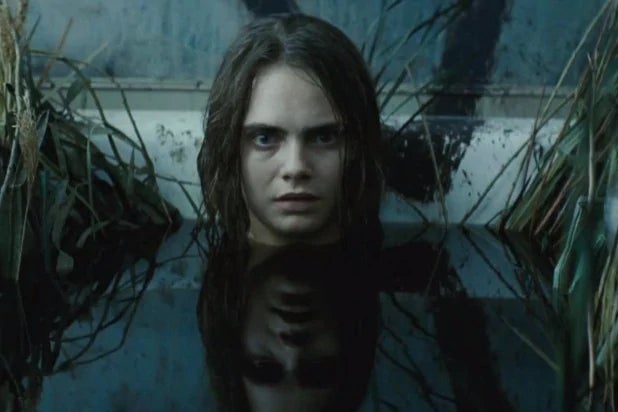 After a lengthy, years-long social media campaign led Warner Bros. to let Zack Snyder finish his version of “Justice League,” fans of DC movies have set their sights on a new target: “Suicide Squad,” which famously involved a drawn-out creative battle between Ayer and Warner Bros. in post-production — a fight that Warner Bros. won. But WarnerMedia CEO Ann Sarnoff isn’t having it, emphatically declaring in an interview that “We won’t be developing David Ayer’s cut.”

After Sarnoff’s comments were published on Monday morning, fans took to Twitter with the haghtag #ReleaseTheAyerCut, a new version of the #ReleaseTheSnydercut hashtag that served as DC fans’ anthem in the years between the original “Justice League” release and the announcement of “Zack Snyder’s Justice League” Last year.

This isn’t the first time the “Suicide Squad” version of the hashtag popped up on the Twitter trends list — it previously happened shortly after Warner Bros announced the Snyder Cut. But that refrain quieted down significantly in the past year.

Ayer himself has entered the discussion here and there since “Suicide Squad” hit theaters back in 2016, originally with some veiled jabs directed at the studio. But now he seems to be on board with the #ReleaseTheAyerCut push, tweeting a simple “Why?” in response to Sarnoff’s comment.

“Suicide Squad” was reworked after “Batman v Superman” received pretty putrid reviews in March of 2016, five months before Ayer’s movie was scheduled for release. Executives wanted a lighter tone. The result was a film that made money, but was thoroughly incoherent and garnered even worse reviews than “Batman v Superman” did.

Sarnoff’s proclamation is pretty emphatic, but it’s not likely to discourage them too much given the way WarnerMedia did eventually cave to the #ReleaseTheSnyderCut folks. Ayer doesn’t have quite the fanbase that Snyder does though, so it may be more difficult for this hashtag to maintain traction over time.

But there is a complicating factor. These same fans are also pushing to have Snyder’s vision for the DC movieverse continue now that the Snyder Cut is out — the hashtag for this one is #RestoreTheSnyderverse — it’s conceivable that #ReleaseTheAyerCut might come along for that ride. Sarnoff also addressed that one, though more gently.

“We’re just so happy that he could bring his cut of the ‘Justice League’ to life because that wasn’t in the plan until about a year ago. With that comes the completion of his trilogy. We’re very happy we’ve done this, but we’re very excited about the plans we have for all the multi-dimensional DC characters that are being developed right now,” Sarnoff said in that same interview.

In the meantime, “Zack Snyder’s Justice League” may have fanned the “Suicide Squad” fire in a different way thanks to Snyder adding a new scene with Jared Leto’s Joker that he shot last year specifically for the HBO Max release. It’s not a great scene. That new bit is expected to be Leto’s last appearance as the Joker.

Conspicuously, the next DC Comics movie on the slate is the sequel “The Suicide Squad” from James Gunn. That one is due out on theaters and on HBO Max in August.