REAL Housewives of Atlanta friend Falynn Guobadia grabbed a golf club to hit LaToya Ali with during their fight.

Falynn trying to get physical with LaToya came after the Trinidadian blogger insulted her husband in their home. 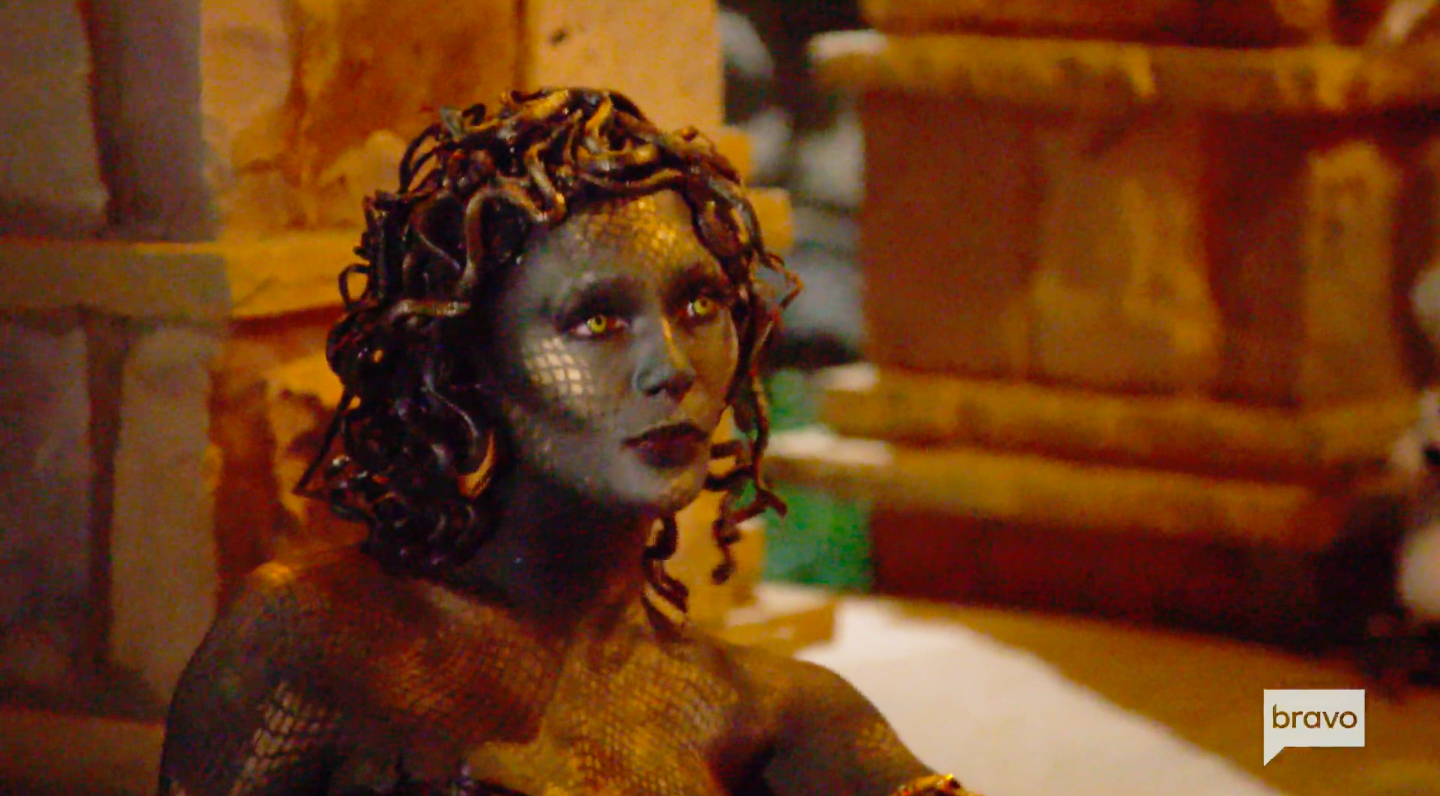 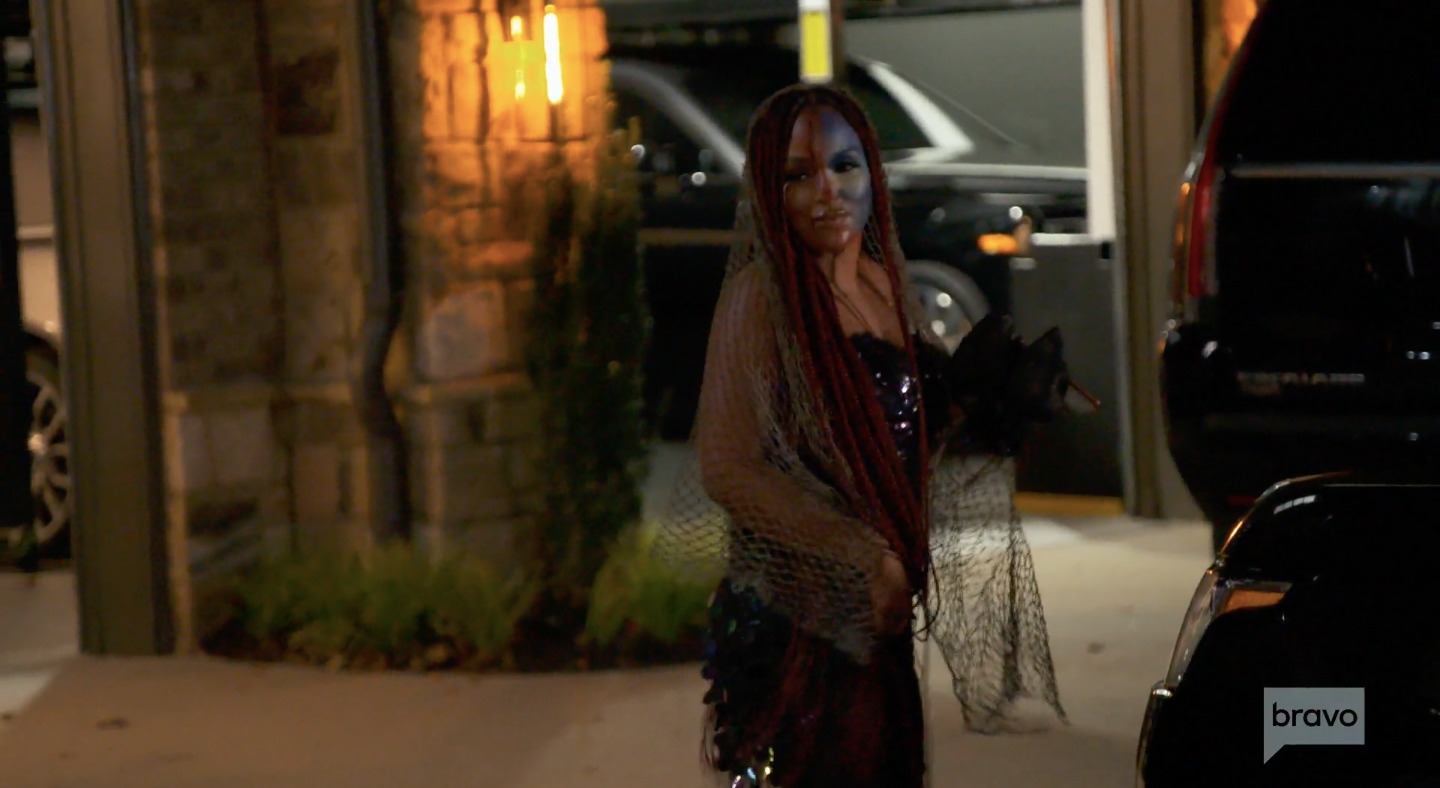 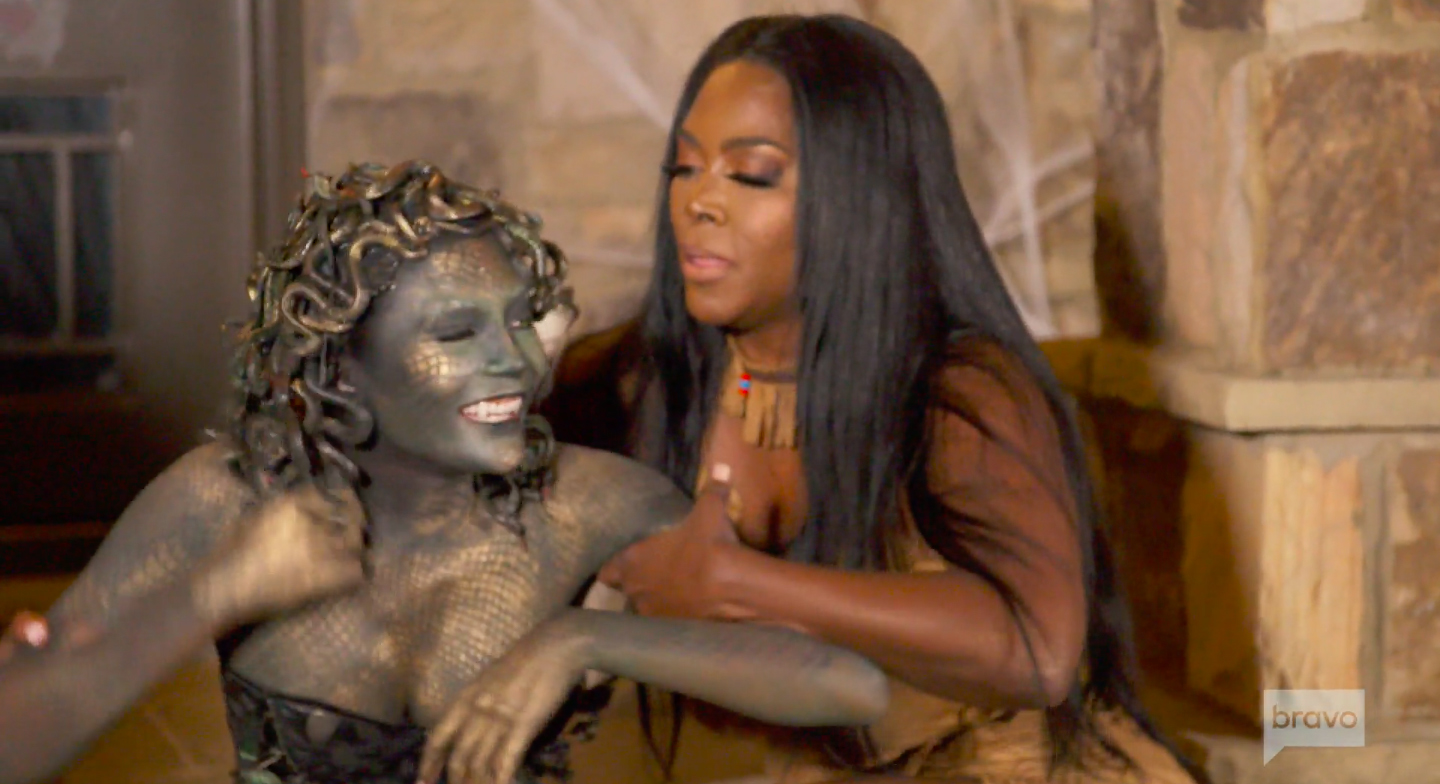 During last night's episode of RHOA, things escalated quickly between two friends of the franchise as they celebrated a quarantine-styled Halloween party.

It all started when LaToya, who came dressed as a dead mermaid, arrived to Falynn's home and insulted the hostess' husband while also demanding she be served.

While surrounded by the rest of the housewives, LaToya demanded she is served a drink and said: "This is a lovely home. This is what dating a 65-year-old does. I'm trying to live like this! But there's no maid to help a sister out or chef in this big ol' kitchen."

Falynn is married to Simon, who is actually 56.

She continued: "I'm not trying to be up on this house with no one serving me!" 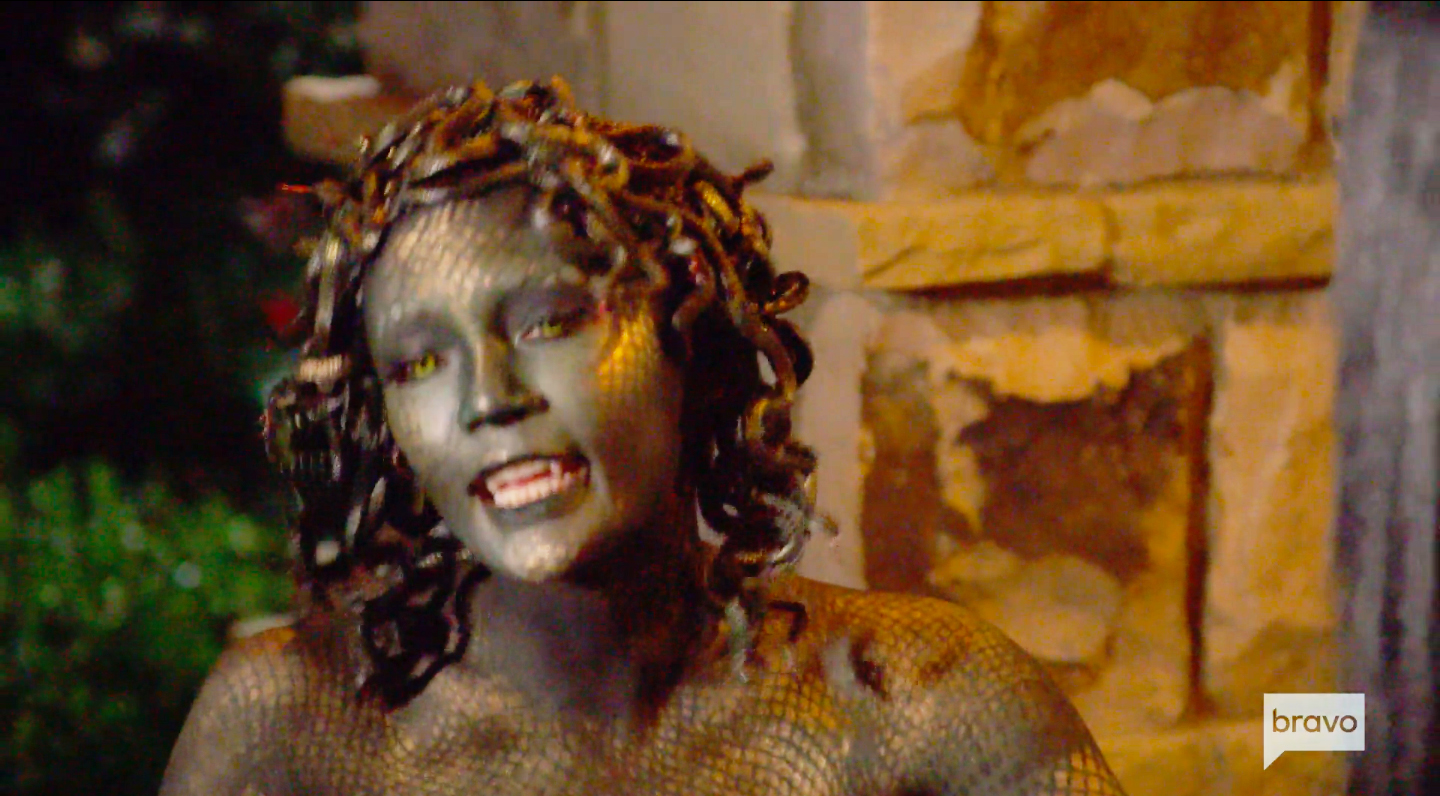 LaToya then began to scream for "room service."

Falynn, who was tired of LaToya slamming her for dating a much older man, offered to serve her a drink and said: "Rich people don't talk to like that. Only broke people do."

She then turned to Kenya Moore – who was slammed by fans for wearing a Native American costume to the party – and Cynthia Bailey who were sitting with her and said: "Before I turned 31 years of age, I gave birth to three boys …" to which LaToya interrupted and said: "By three baby daddies?" 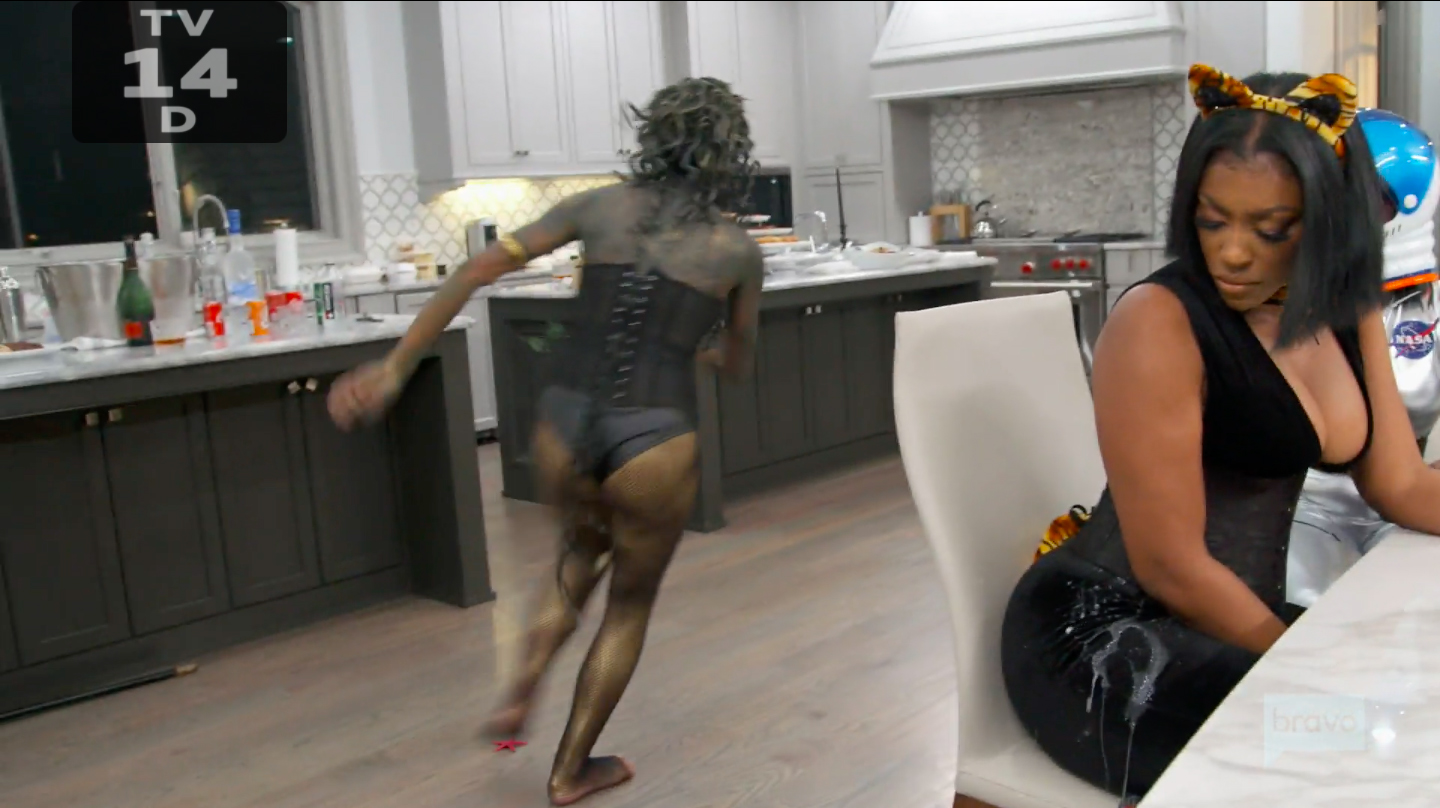 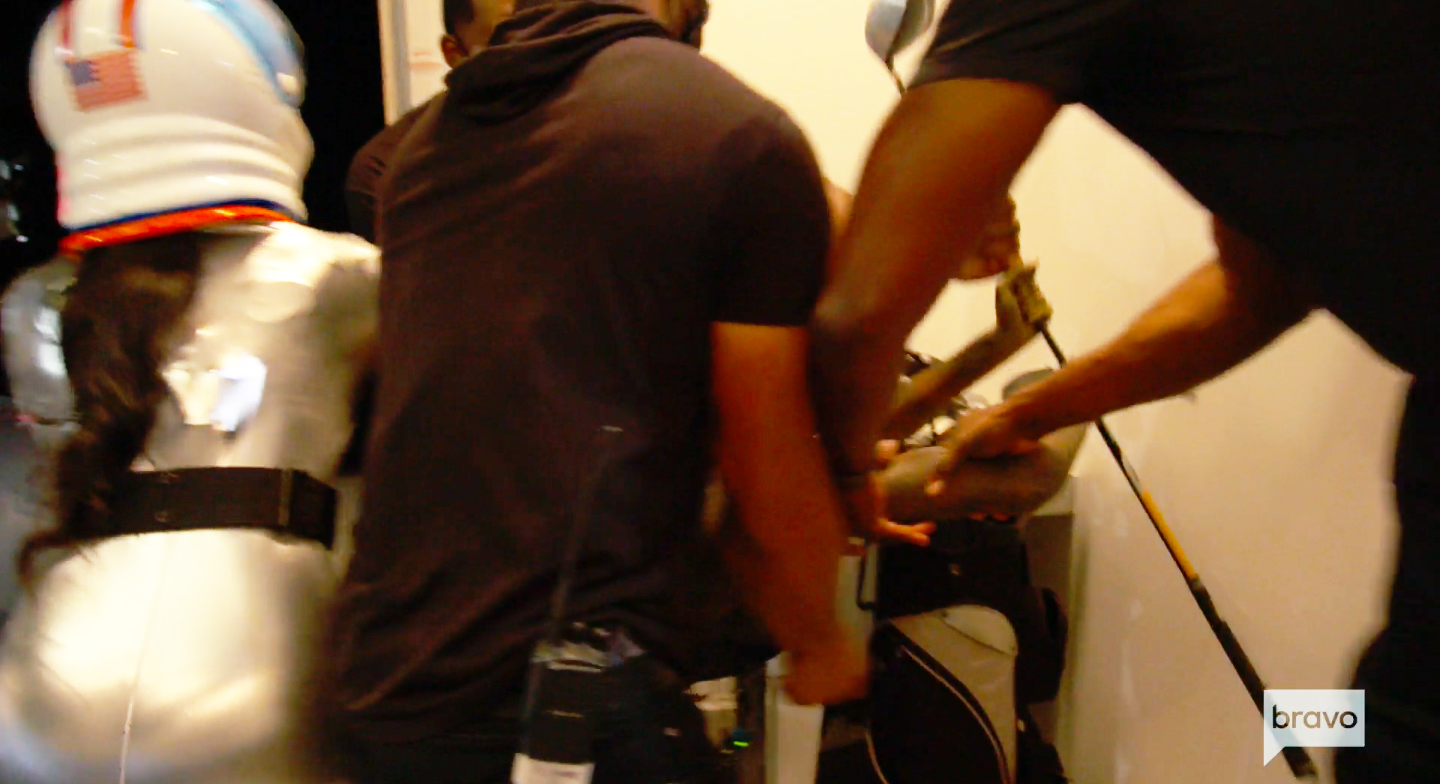 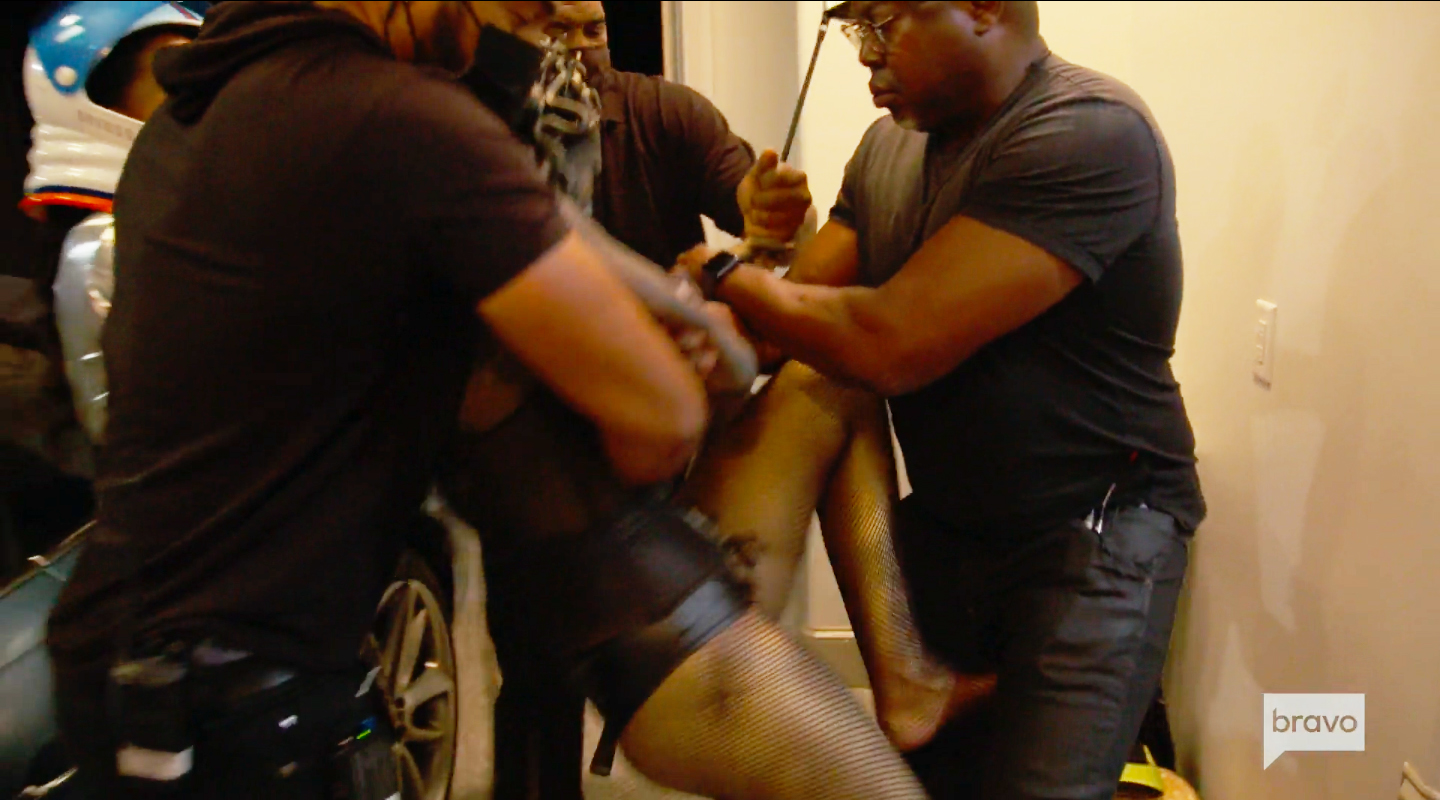 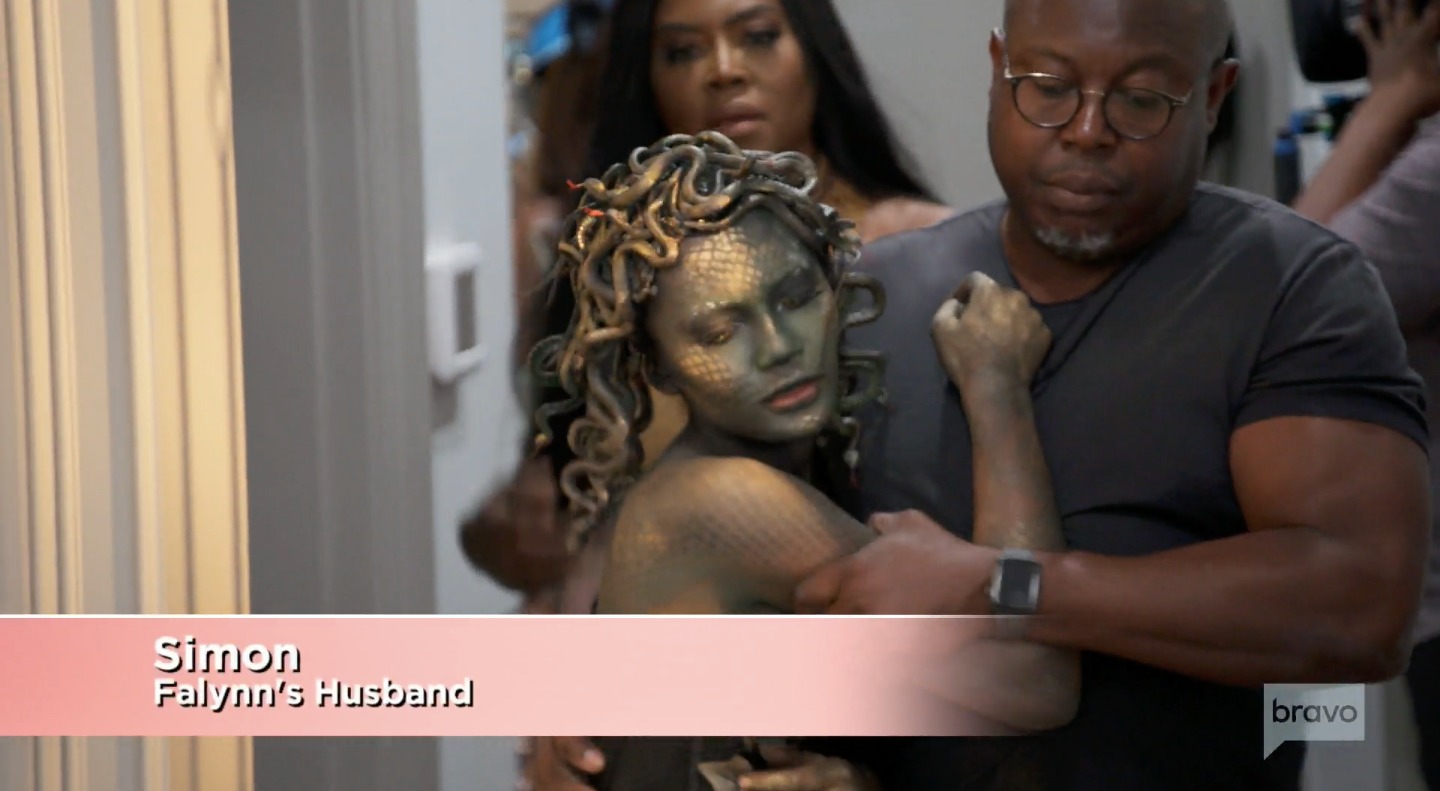 The scene quickly then shifted to Porsha Williams talking to her friend Shamea, Drew Sidora, and Kandi Burruss before they started to hear Falynn screaming.

Suddenly, Falynn runs by them towards her garage with Shamea quickly running after her.

In that moment, Falynn grabs a golf club while she is being held back by Shamea and three burly producers.

The young mom continues tells producers to "get the f**k off me" as they try to pry the golf club out of her hands.

Once the golf club is taking from her hands and producers assure her that LaToya has left, she calms down and lets her husband Simon carry her upstairs. 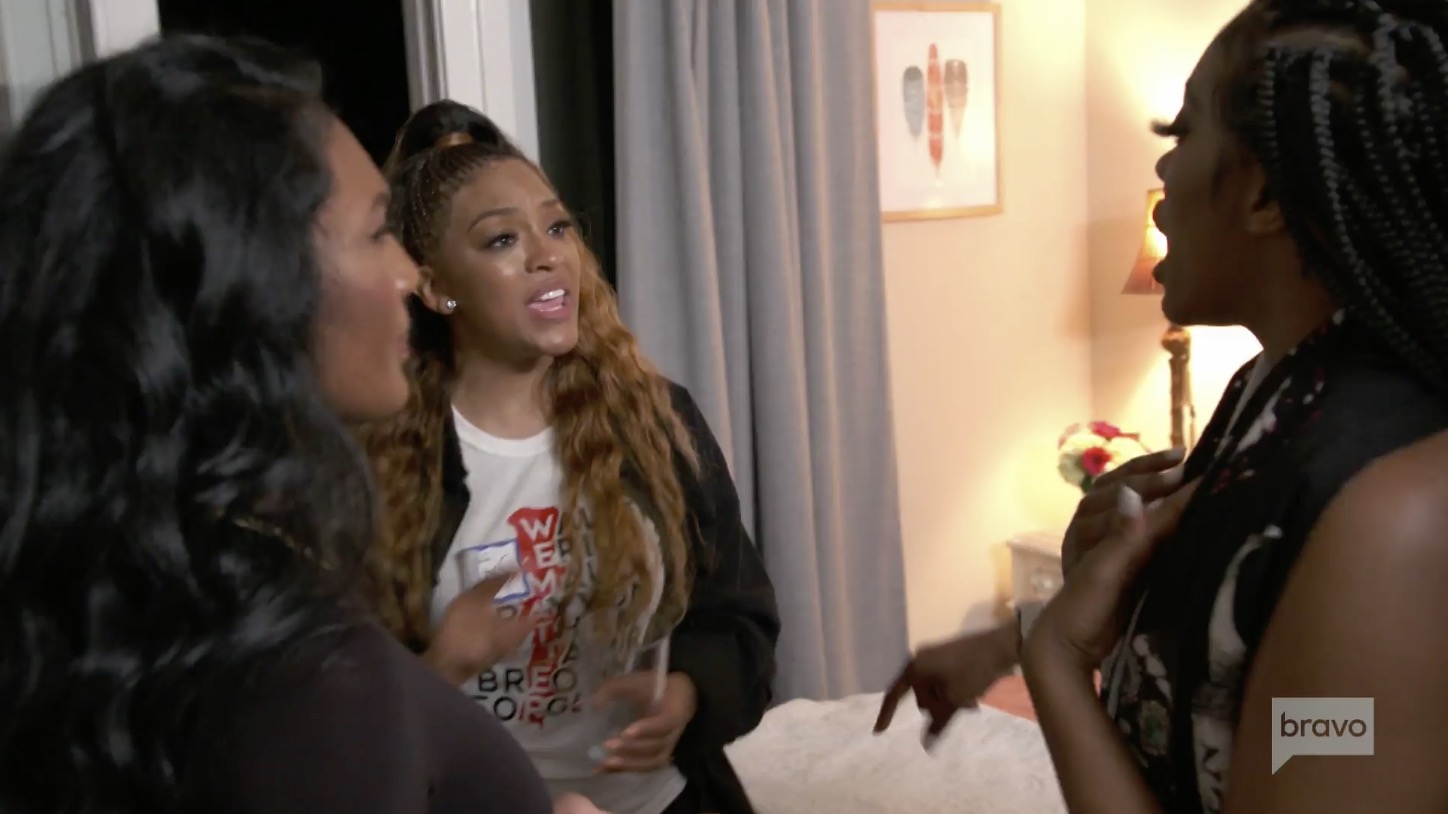 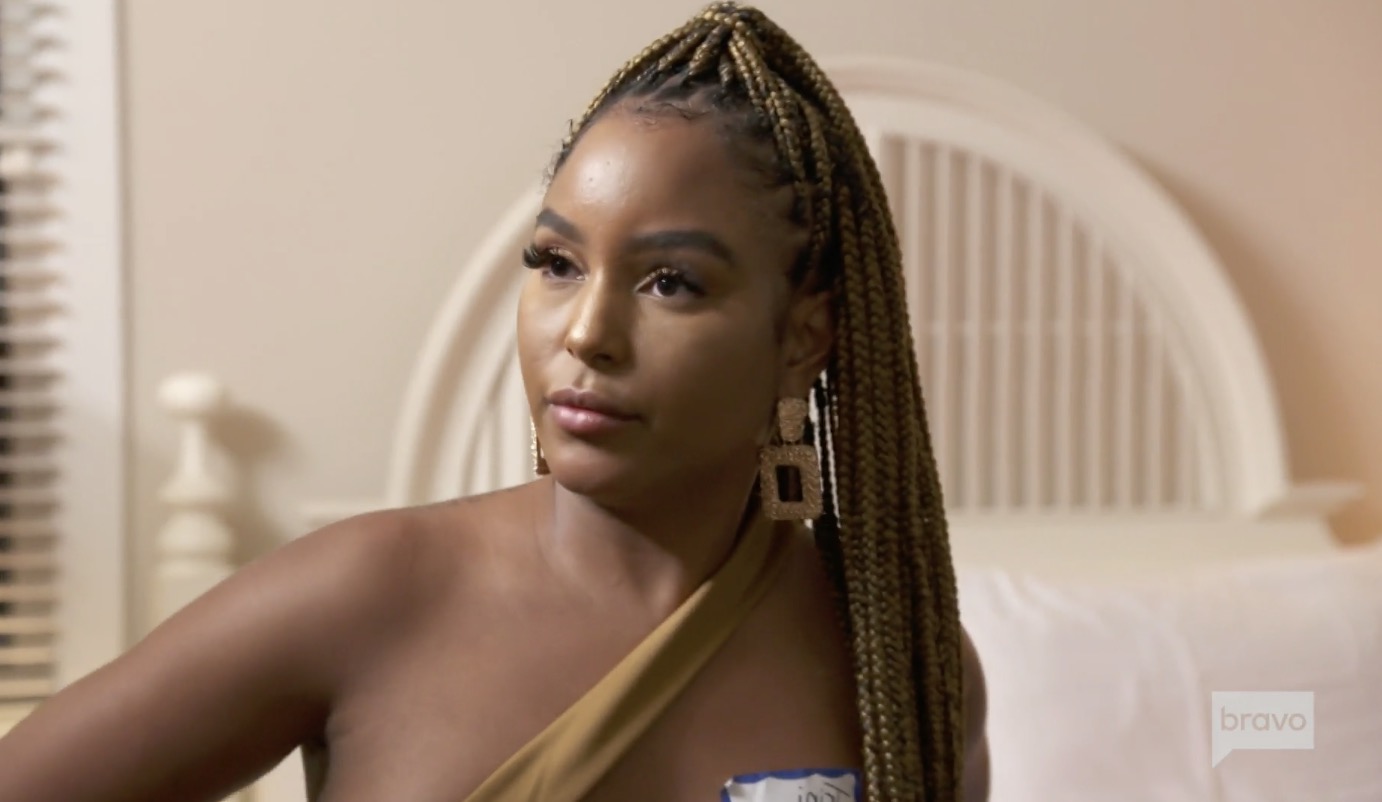 Drew, who was watching it all go down, reminded the housewives that this isn't the first time one of them has wanted to physically hurt LaToya for speaking about their husband.

A few episodes ago, when the housewives were in Charleston for Cynthia's bachelorette party, Drew also had to be held back as LaToya insulted her marriage.

At the time, Drew said about LaToya: "Don't listen to her. She don't care about husbands."

LaToya then approached her and said, as she placed her hand on Drew's arm: "Can we talk about your struggling husband?"

Drew quickly lashed out and had to be held back by Porsha as she screamed: "The last b**ch that grabbed me found her head rammed into a damn gate, don't f**k with me. I'm from Chicago, b**ch!"

Drew and LaToya also came for each other during a girls' night in when the singer confronted her about claims that she had messed with Bolo during the bachelorette party.

Drew, who grew tired of LaToya speaking of her marriage, quickly got up – with Porsha once more holding her back – and said: "LaToya never ever b**ch. Don't ever say my name in regard to things you don't know for a fact."

Falynn, Drew, and LaToya were all introduced as the new housewives and friends for the 13th season of RHOA. 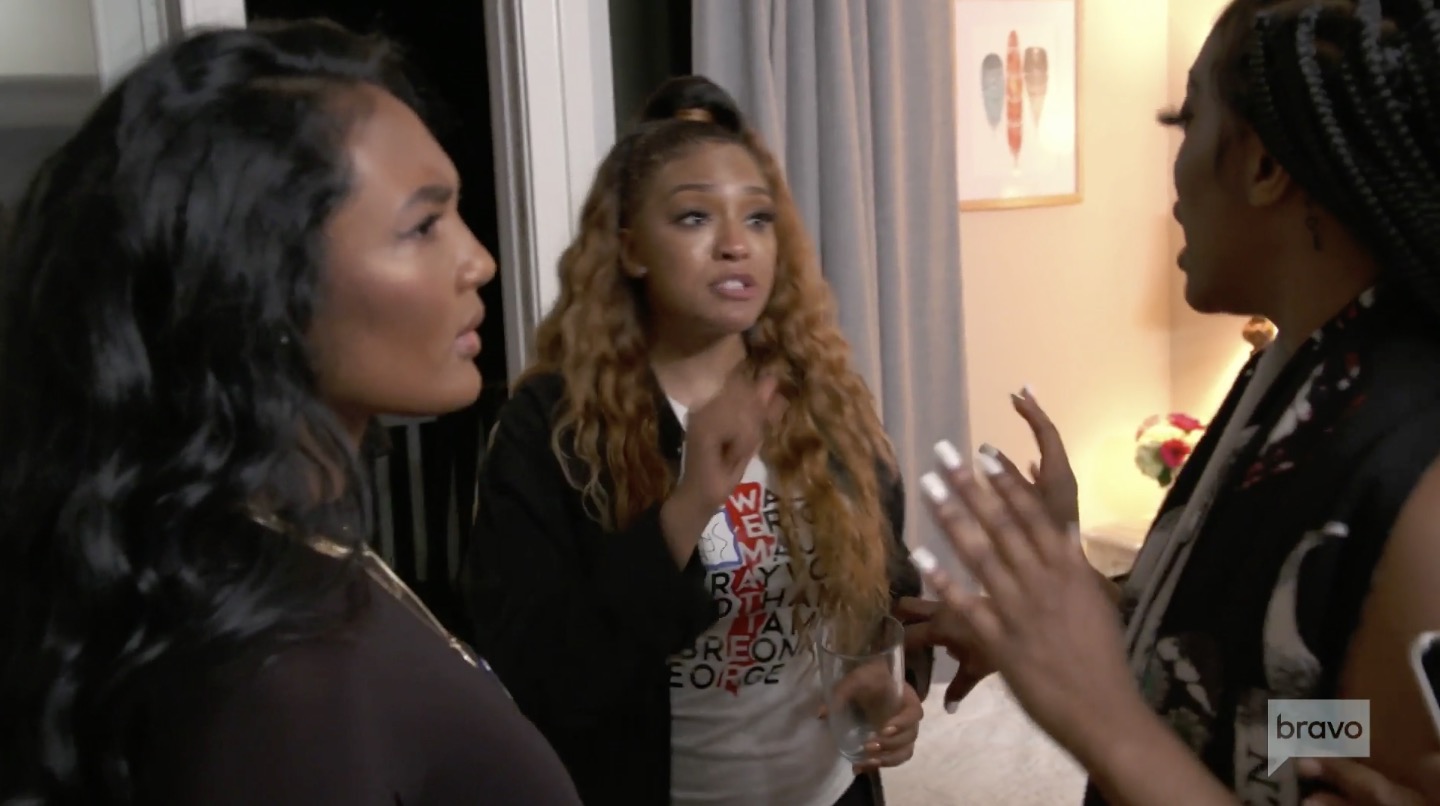