RITA ORA couldn’t resist joking about getting down and dirty with movie director boyfriend Taika Waititi during a swanky awards bash on Monday.

The You For Me singer, who posed on the red carpet, was introduced to the stage at the British Luxury Awards by her Free Guy actor fella to collect the gong for British ­Artistic Icon before telling the VIP crowd how she wanted to “make out” with him. 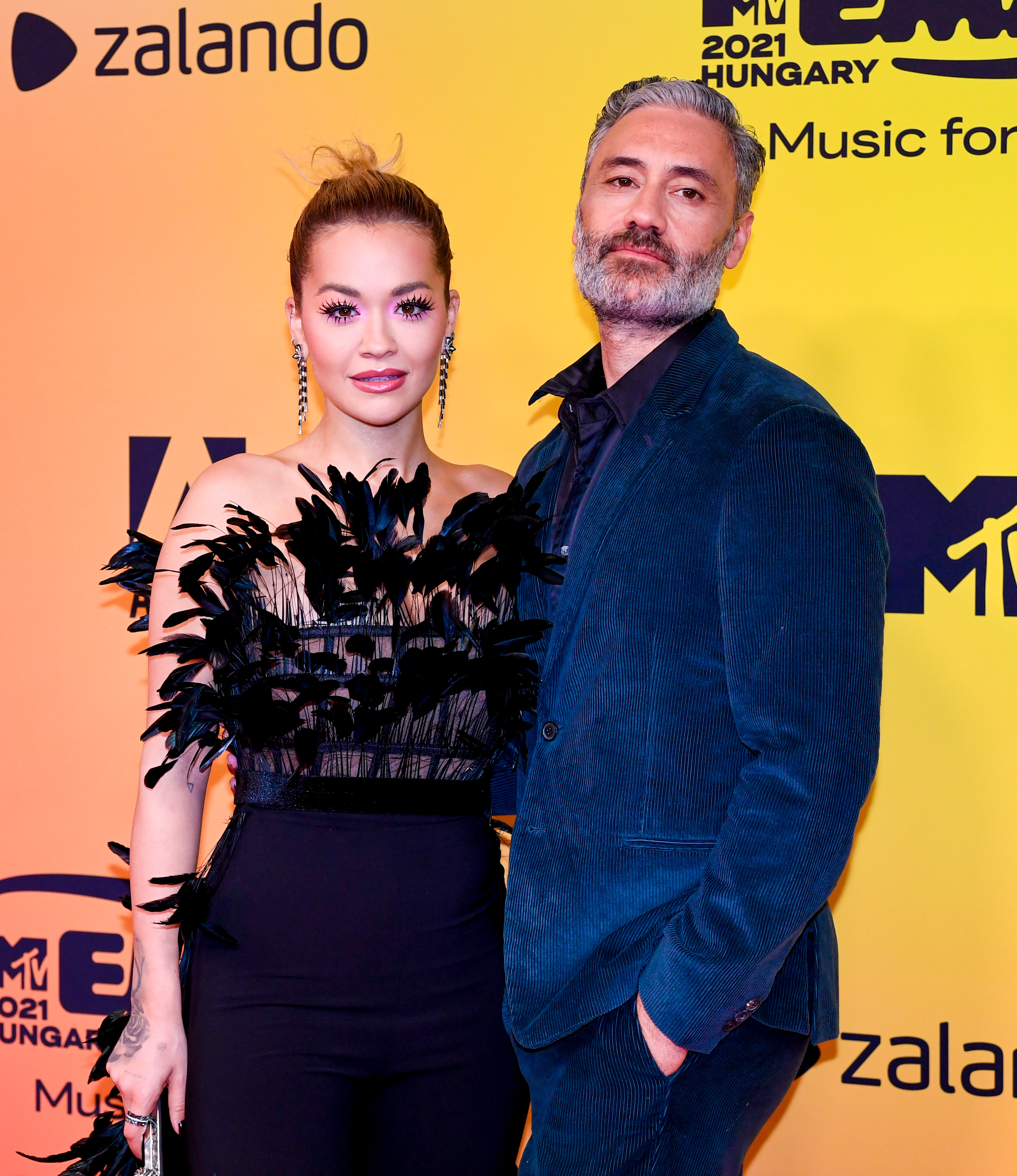 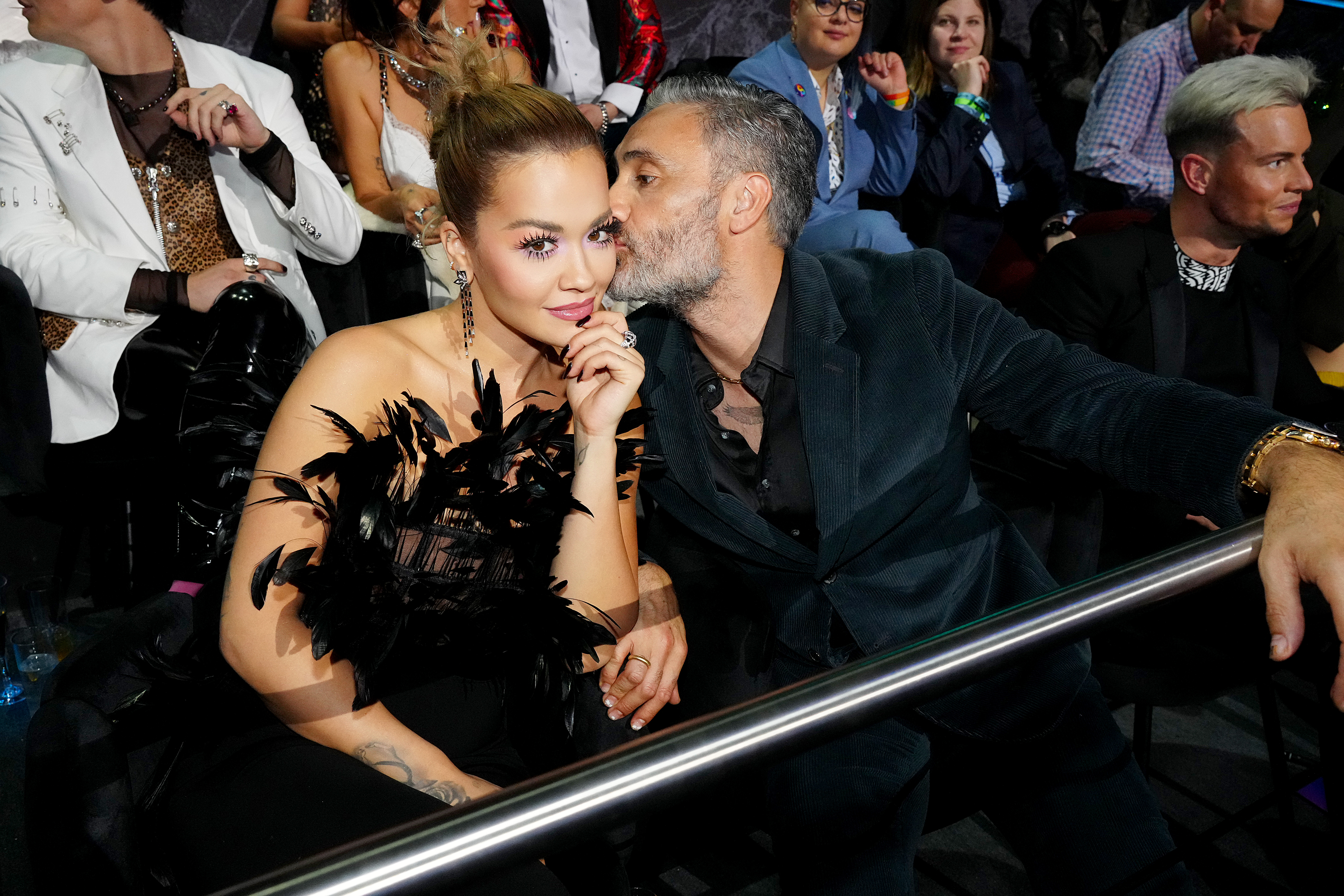 Beaming with pride, Taika said: “After the last 20 months, I think we can all relate when she says music is the only thing I rely on to bring me joy.

Rita, who later enjoyed a night out in ­Mayfair, said at the event: “What an intro.

"I could have watched that all night, and you do bring me joy but music is more of a different type of joy – less physical.

Chatting off stage, the visibly glowing star told me: “It’s the happiest I’ve been in a long time. It took a while to get there.”

GOTTA ROLE WITH IT

TO take on the roles of  some of our best-known singers, you would think the actors would need to be able to hold a note.

But that isn’t the case for the wannabes being recruited to play Liam Gallagher and Take That in Robbie Williams' upcoming biopic Better Man.

Robbie is playing himself in the movie, but a casting call for the other roles reveals “singing ability is a bonus but not essential”. But that isn’t the only twist, as the actors who end up playing Liam, Gary Barlow, Jason Orange, Howard Donald and Mark Owen will all have to be based in Australia.

A source said: “Robbie’s biopic is going to be filmed in Australia because that is where the director Michael Gracey is based. And because of Covid and the lockdowns there, it was decided it is best to film everything there.

"A casting call has gone out for actors to play Liam, Gary, Jason, Howard and Mark. Although none of them have to be able to sing, they’ve been told they need to have good Manchester accents and look like the lads back in the Nineties.”

Just one look at The Greatest Showman and you know Michael is one of the best directors around. But a film about Robbie’s life having the main characters all played by a bunch of Aussies just doesn’t sit right with me. Still, given his epic feud with Robbie, I can’t wait to hear what OASIS wildman Liam thinks about whoever ends up playing him.

A vote for red ’ Wall

She wore this striking red ensemble to Capital Radio in London yesterday to big up their greatest hits collection Between Us, which was just nine copies behind Taylor Swift's (Taylor’s Version) in the race for top spot. 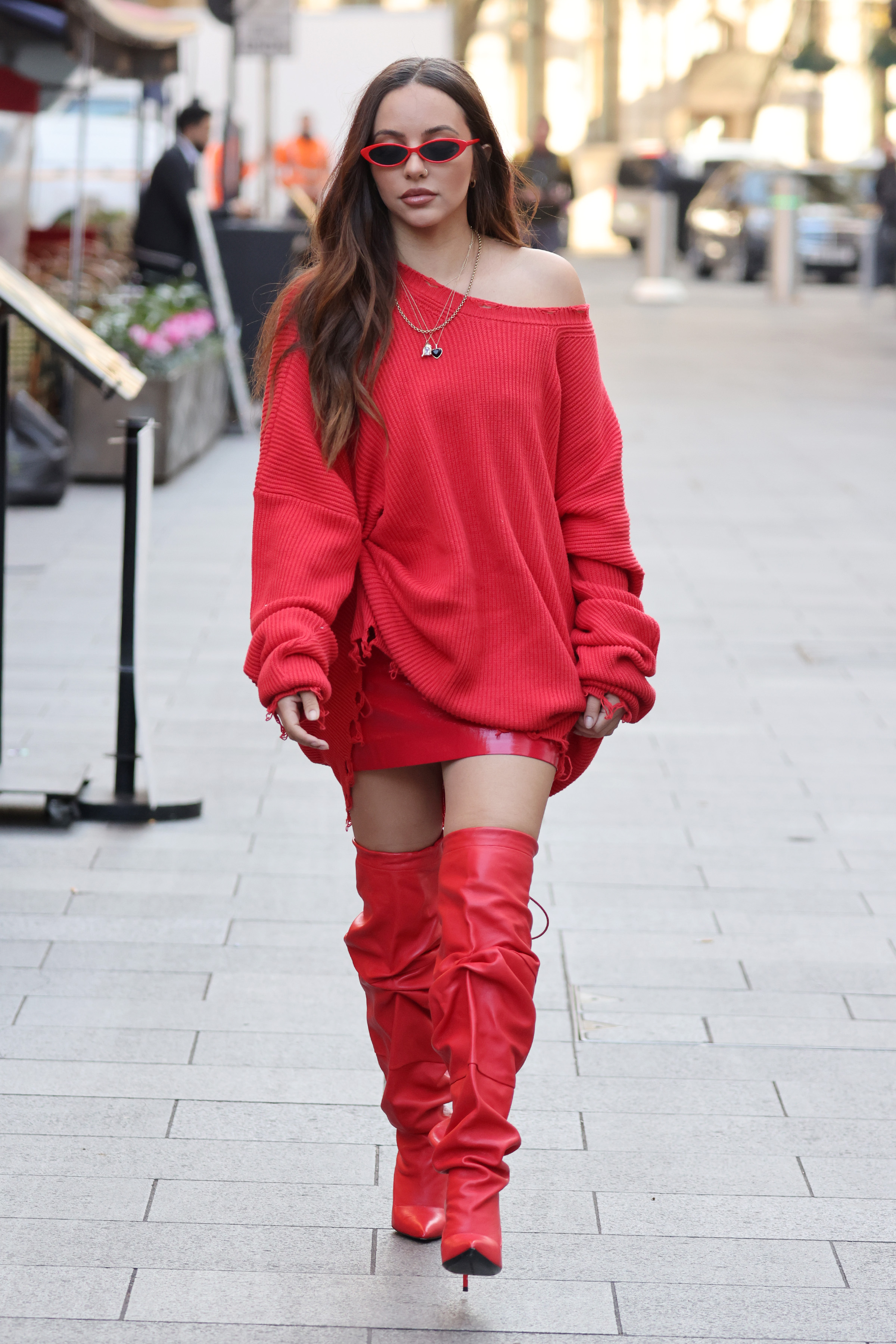 But I can reveal that last week’s chart-toppers ABBA have now leapfrogged their young pop contemporaries and look set to land a second week at No1.

The Arctic Monkeys are back!

THE ARCTIC MONKEYS look set to release a new album next year, after announcing their first set of shows since 2019.

The band, who celebrate their 20th anniversary next year, have announced gigs in Turkey, Bulgaria, Croatia and the Czech Republic next August. Their last album was 2018’s Tranquility Base Hotel & Casino.

NIALL HORAN and Anne-Marie are joining forces once again, for this year’s ­Children In Need single.

The pair, who collaborated on Our Song in June, have recorded a cover of Fleetwood Mac's Everywhere, which will be released on Friday – the same day as Children In Need. 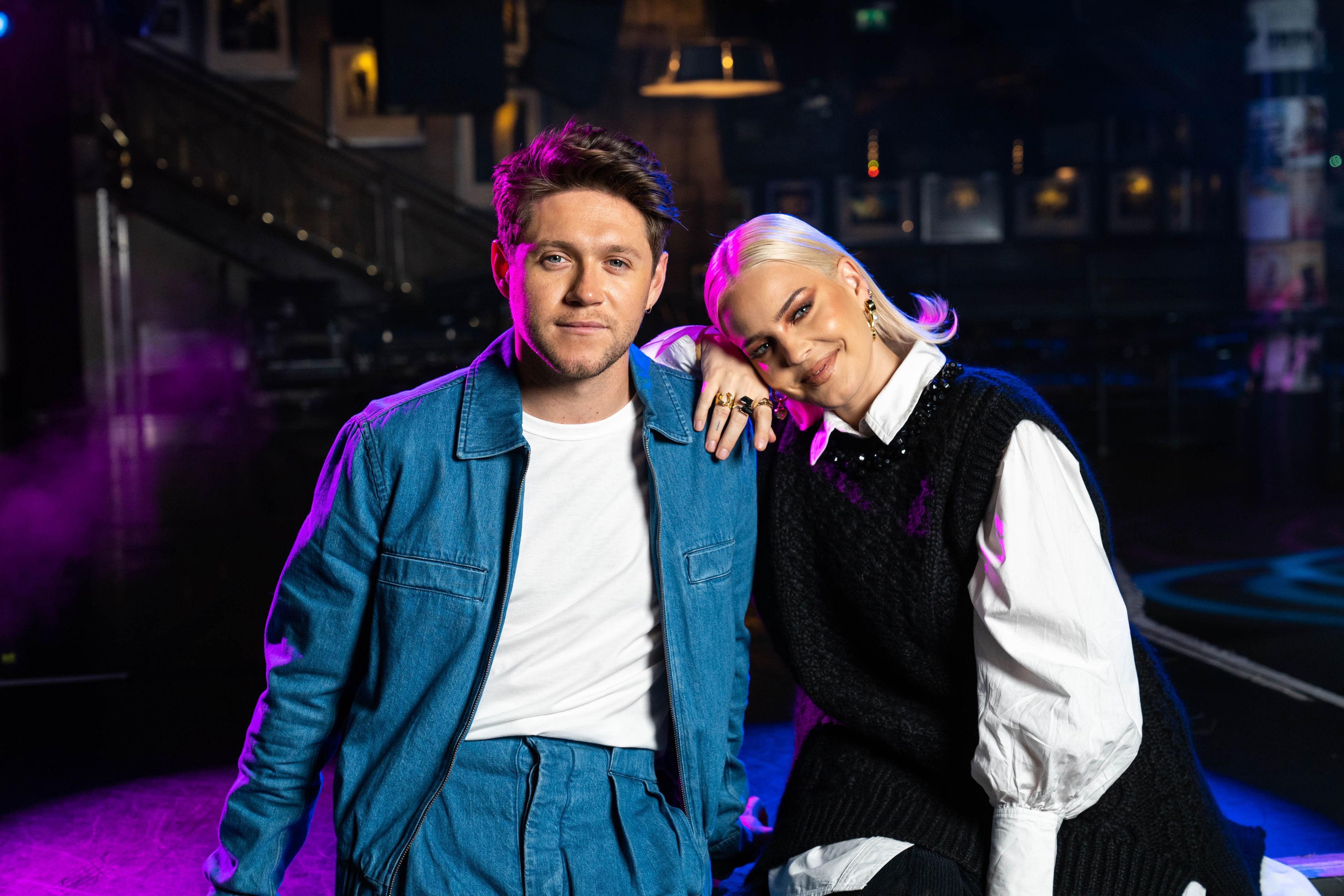 There will also be a special music video with cameos from Ed Sheeran and Yungblud.

Niall said: “Given what we have all been through over the last 18 months, it feels more important than ever. I hope the track lets anyone who might be struggling know that we are here for them.”

LIL NAS X has revealed Nicki Minaj turned down the chance to feature on his recent single Industry Baby, despite him praising her and once running a fan account dedicated to her.

But it is Nas, who had the last laugh because he got Jack Harlow on board instead and it became a No 3 hit for them here. That would have made it Nicki’s highest charting UK song in years. 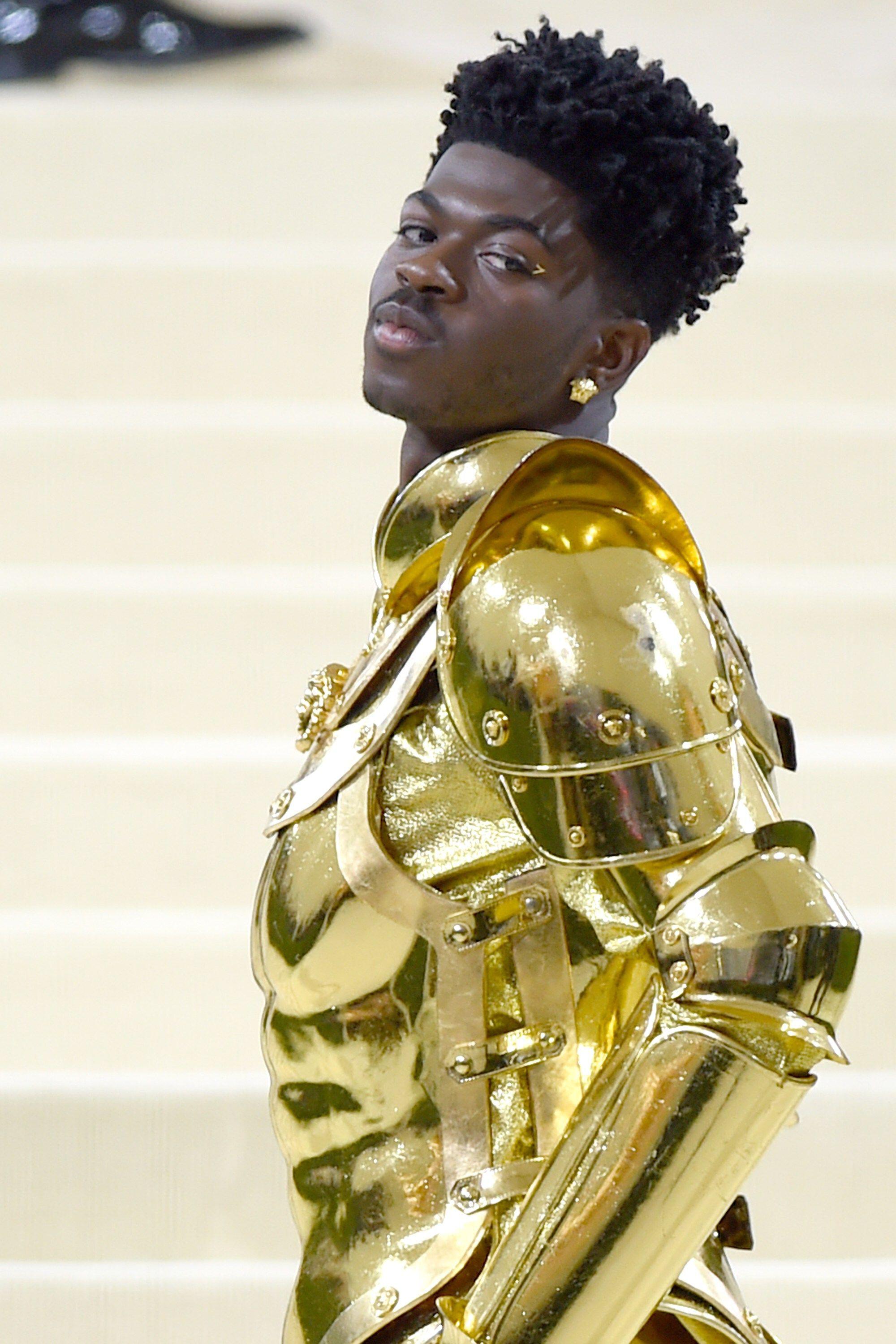 Speaking about his album Montero, he told GQ: “For every feature I asked for on this album, every ­single one of them worked,  besides Drake and Nicki.

“I didn’t ask them directly. I wanted Nicki on Industry Baby and Drake on Dolla Sign Slime, with Megan Thee Stallion. Yeah, but you know, I feel like things always work out.”

JESY NELSON has tested positive for Covid, forcing her to pull out of her first solo concert.

The former Little Mix singer revealed last night she is now self-isolating and will miss Hits Live at the Resorts World Arena, ­Birmingham.

She wrote on Instagram: “Hey my lovelies. After ­feeling unwell for the last few days, I’ve sadly tested positive for Covid which means I’m now self-isolating.
“It means that I’m no longer able to perform at Hits Live in Birmingham this Saturday.

“Apologies to any of my fans who bought tickets and I’m so sorry I can no longer be there. I hope you all have an amazing night. Stay safe and I can’t wait to see you all soon – love you all so much.”

As long as she makes a speedy recovery, Jesy’s next performance will be for Capital’s Jingle Bell Ball on December 11 at London’s O2 Arena. 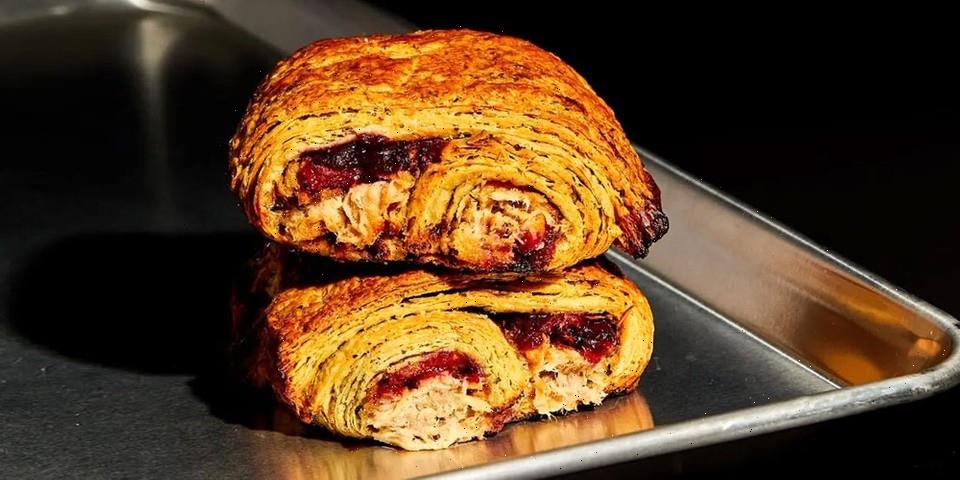 Previous post Milk Bar Is Bringing Back Its Thanksgiving Croissants 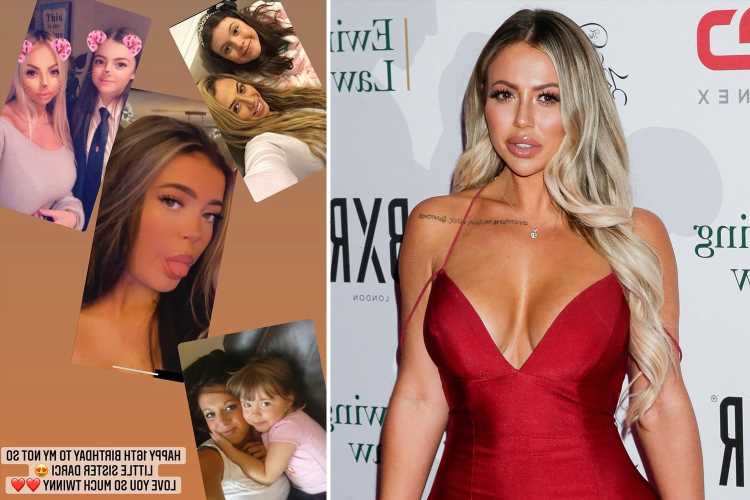