The film, which premiered in Cannes’ Critics’ Week section, was awarded the Golden Alexander and a €10,000 ($11,400) cash prize by a jury comprised of writer-director Nanouk Leopold, sound designer Roland Vajs and actor Michelle Valley.

The award for best actress went to Sofia Kokkali for her performance in “Moon, 66 Questions,” by director Jacqueline Lentzou. Aliocha Reinert won the prize for best actor for his role in Golden Alexander winner “Softie.” The award for best screenplay went to Laurynas Bareiša for his film “Pilgrims,” while a special mention was given to Alexandre Koberidze for “What Do We See When We Look at the Sky?”

In the Meet the Neighbors competition section, which showcased 12 first or second features from the wider Southeastern Europe, Eastern Mediterranean and Middle Eastern region, the top prize went to Laura Samani for her Cannes Critics’ Week premiere “Small Body.” It was awarded by a jury comprised of producer Marie-Pierre Macia, actor Daphne Patakia and journalist Martin Schweighofer. The section’s Silver Alexander was shared by “The Tale of King Crab,” by Alessio Rigo de Righi and Matteo Zoppis, and “Vera Dreams of the Sea,” by Kaltrina Krasniqi.

In Film Forward, the newly established competition section that brings forth the work of young and daring directors, the Golden Alexander went to “Magnetic Fields,” by Yorgos Goussis. The section’s Silver Alexander went to “The Day Today,” by Maxence Stamatiadis, while a special mention went to Erin Vassilopoulos for “Superior.” The jury was comprised of festival artistic director Lili Hinstin, visual artist Irini Karayannopoulou, and director Dane Komljen.

The Fipresci Award for the international competition went to “Silent Land,” by Aga Woszczyńska, while the prize for a Greek film celebrating its premiere in Thessaloniki went to Goussis’ “Magnetic Fields.” The Fipresci jury was comprised of Tereza Brdečková, Elias Frangoulis and Domenico Palatella.

Earlier in the week, the Thessaloniki Film Festival’s industry arm, Agora, handed out awards in its Works in Progress section and in the Crossroads Co-Production Forum.

The MuSou Award, providing composition and production for an original film score, music supervision and assistance in licensing of commercial music for use in the film, as well as audio post-production services, went to “Silence 6-9,” by director Christos Passalis and producer Maria Drandaki of Homemade Films. The film also received the ERT Agora Works in Progress Award, with a cash prize of €2,000 ($2,300).

The Works in Progress jury consisted of Dorota Lech, lead programmer in the Discovery section of the Toronto Film Festival; Nikos Smpiliris, producer at Boo Productions; and Simon Gabriele, acquisitions and sales at Indie Sales.

The jury of the 17th Crossroads Co-production Forum was comprised of Virginie Devesa, CEO, sales and acquisitions, of Alpha Violet; Alessandro Gropplero, head of the Trieste Film Festival’s When East Meets West Co-Production Forum; and Konstantinos Vassilaros, producer at StudioBauhaus.

The award by Finos Film aimed to support the local industry with a grant of €3,000 ($3,400) went to “Prometheus,” by director Yiorgos Fourtounis and producer Eleni Kossyfidou (Blackbird Productions).

The Onassis Cinema Award, a new prize given by Onassis Culture in support of Greek cinema, went to “Bastards,” by director-producer Nikos Pastras and producer Nicholas Alavanos (Filmiki).

Awards still to be given after the conclusion of the online activities and meetings are the MFI Script2Film Workshops Scholarship for script development and the project selection from Sofia Meetings of the Sofia International Film Festival. 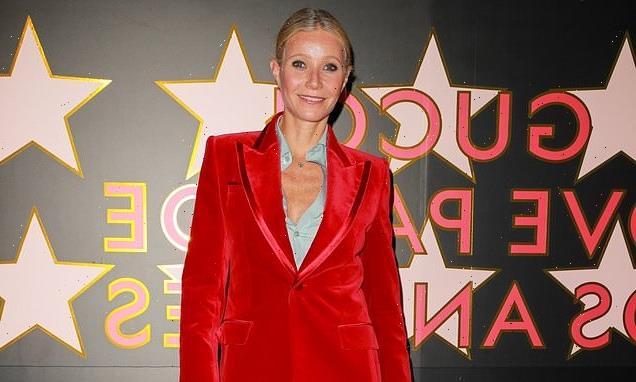 Next post How to dress like a grown up: Vamp it up in velvet brights this winter
Related News
Lifestyle
Recent Posts