The Chase host Bradley Walsh is on hand to assist contestants in their bid to beat the Chaser and today’s instalment was no different. However, viewers flocked to Twitter during the final chase after one of Anne Hegerty’s answers.

First up to face the Chaser was Julia, who earned £3,000 in the cash builder round before going on to have a strong performance against Anne.

The first contestant went on to secure her spot in the final and Mike followed suit.

The 64-year-old added £6,000 to the jackpot prize leaving it up to Laurie to continue with the team’s winning streak.

Read more:Bradley Walsh storms off The Chase as Ant and Dec prank him 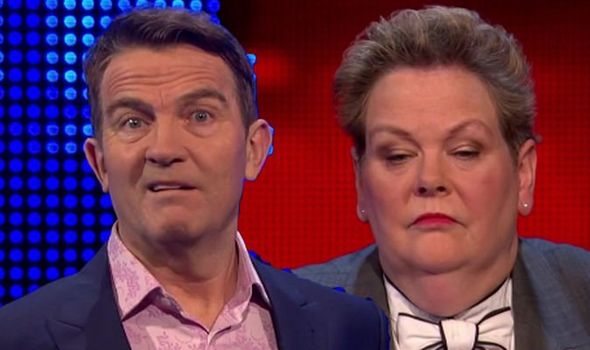 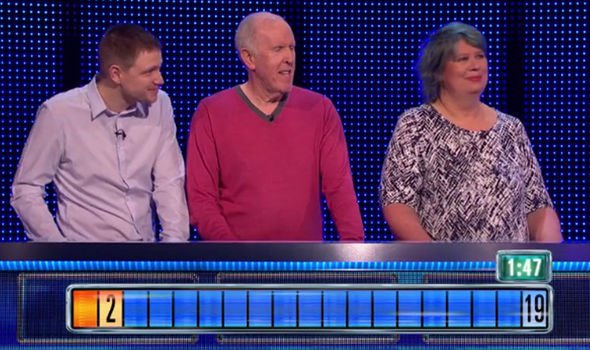 As the youngest member of the team, Bradley remarked how impressed he was at her knowledge when she banked £6,000.

However, she couldn’t quite beat the Chaser and Anne stopped her from joining the team in the final.

Andy was the final player to face Anne and he breezed past the Chaser to add £5,000 to the prize fund.

The three-strong team racked up an impressive 19 correct answers and put the pressure firmly on Anne. 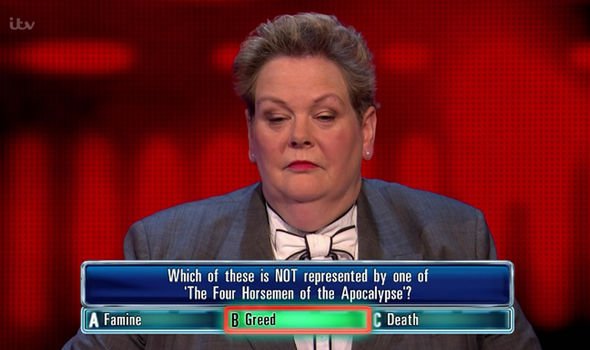 However, one of Anne’s questions led the Chaser to give a response that left viewers in hysterics.

Bradley asked: “The grey, blue and coal are types of what bird?” to which Anne answered: “Tit.”

The Chase viewers flocked to Twitter as one wrote: “#TheChase T*t klaxon,” while another echoed: “#TheChase ha t*t klaxon.”

Alongside a host of laughing emojis, another tweeted: “T*t #TheChase,” and a fourth simply wrote: “Anne said t*t #TheChase.”

The Chaser went on to beat the team with eight seconds remaining and stopped the contestants taking home any money.

Earlier in the show, Julia took a cheeky swipe at Bradley, when the host quizzed the contestant on why she gave a particular answer.

He asked: “Which of these is NOT represented by one of ‘The Four Horsemen of the Apocalypse’?”

The options were famine, greed and death with Julia fairly confident as she selected the second option.

In the usual fashion, Bradley grilled Julia on why she selected that option and the contestant couldn’t resist taking a swipe at the host.

“Famine and death are obviously both pretty disastrous,” she explained. “Greed is the opposite of that in a sense.”

“Indeed it’s a bit of a dichotomy greed and famine, you see what I’m saying,” he remarked. “What an oxymoron.”

“What a moron, even,” Julia cheekily quipped to which Bradley replied: “Thanks, that’s very kind of you!”

The Chase airs weekdays on ITV at 5pm.