The choice of who to spend your life with is one of the most fundamental that people make. “Soulmates,” the latest anthology from AMC, is set in a world where science has theoretically removed any barrier to that choice.

Over the course of six independent episodes, this first anthology season builds a dramatic framework around the existence of what everyone refers to in conversation as “the test,” a technological development that accesses a person’s genetic makeup to determine their ideal partner. That test (and the results that come from it) leads people to reckon with the actions they take in the face of such knowledge. Married couples decide whether they should stick out their existing relationship, single folks bide their time until their intended happens to take the test too, newly matched couples debate the relative speed of their commitment to each other.

In theory, that’s really all that a TV show should need. That tension is the intended guiding force of “Soulmates,” but there’s a creeping need in a lot of these episodes to snag onto some other hook. There’s nothing inherently wrong with using the test more as a guide than an anchor. But more often than not, “Soulmates” spends so much time building out from its theoretical premise that it doesn’t always give a reason for a viewer to care about the times it looks inward.

Creators/Writers William Bridges and Brett Goldstein do seem to be conscious of and have considered the basic questions that would arise from this new reality: “What if my ’soulmate’ is already married/is more of a best friend than a romantic partner/is a sociopath/never gets the chance to meet me?”

“Soulmates” often centers its stories in that tangible, recognizable dilemma. These characters’ anxieties about how to proceed in a world that they’re losing control over make complete sense. It’s bizarre, then, to see the show go to the “this person is not who they seem” well time after time, especially when these reveals have some staggering consequences.

It’s one thing to make the assertion that, in looking for a life partner, everyone is at least a little bit unknowable. It’s another to make that literal in a show that over time seems bent on building its dramatic foundation on rug pulls. This is a world where people are already dealing with the possible existence of scientifically proven happiness. To belabor that point with weak, forced genre exercises feels like a misjudgment of why the elemental pieces of this series are promising in the first place. 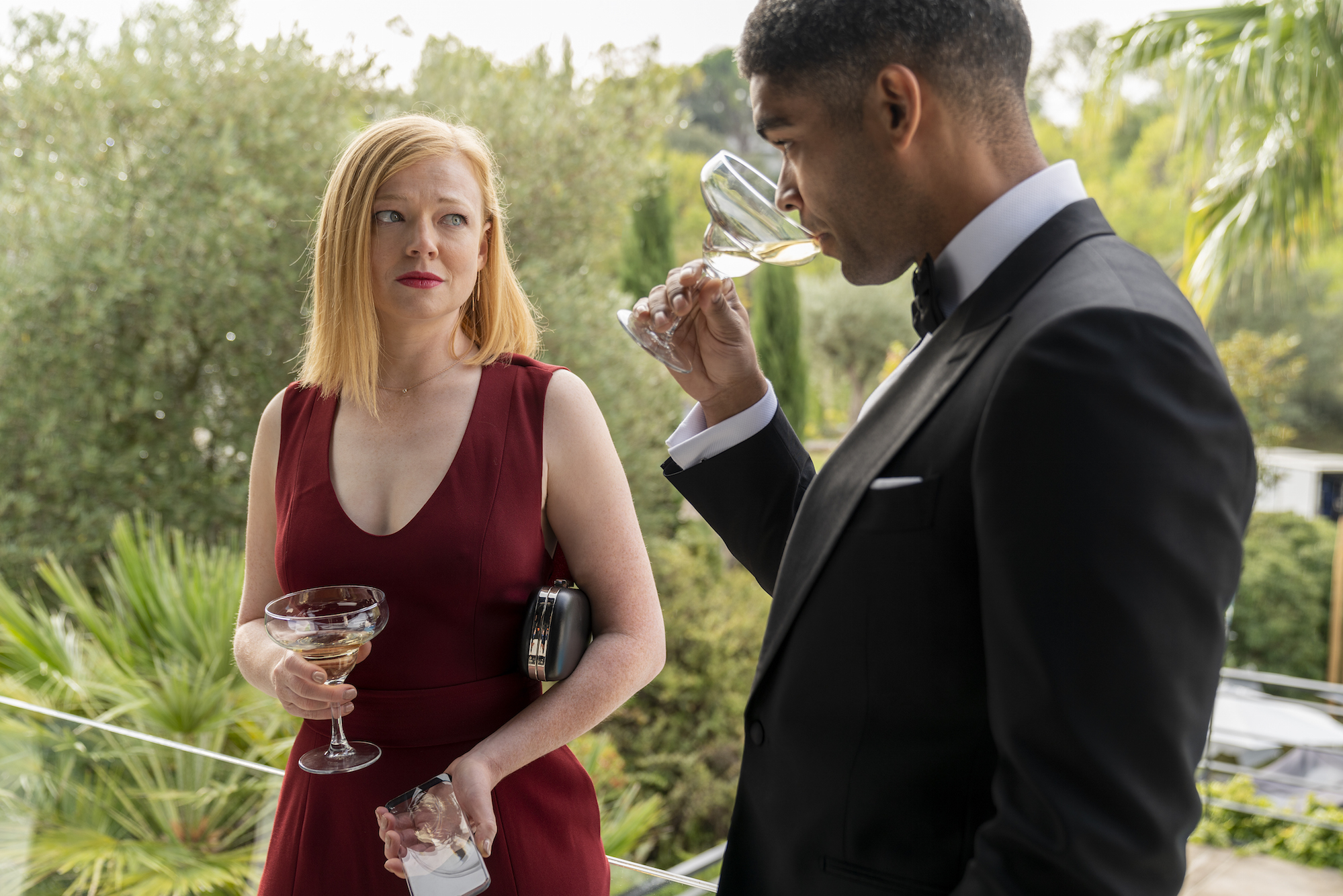 That said, a number of these episodes are rescued by an ensemble filling in the emotional and psychological texture that’s otherwise lacking. The opening chapter is probably the series’ strongest: buoyed by Sarah Snook, it makes the best use of the internalized turmoil and martial uneasiness that helped make Shiv Roy one of the cornerstones of “Succession.” If the eventual endpoint of the would-they/should-they between the second episode’s two main characters is anything other than a tonal catastrophe, it’s because of David Costabile and Sonya Cassidy’s precision. The dynamic between Laia Costa, Georgina Campbell, and Shamier Anderson is one that could certainly sustain its own season if their episode here didn’t seem like a requisite preamble. (In the meantime, here’s another excuse to say that “Trigonometry” is still one of the year’s best shows.)

It all makes for a series that has a decent hold on the characters who opt in for the test and very few of the others. When these stories are centered in those first-person experiences, there’s certainly something to latch on to. “Soulmates” touches on the raw nerve of feeling lonely and watching as seemingly everyone else finds contentment, if not outright bliss. And if there’s another common thread to these stories, it’s that searching for an excuse or a nudge or a sign from the world and then wanting so much to go along with the first thing that materializes from that desire.

“Soulmates” also manages to escape most of the sci-fi trappings one might expect from a show born from such a specific innovation. Aside from a slightly-more-than-normal prevalence of transparent digital screens, virtual displays, and voice commands, this takes place in a plausibly near-future environment. For all the distractions that the show invites, there’s an effort being made here to (at least at the outset of each episode) keep this in a somewhat-recognizable realm.

Despite having episodes with changing scenery — one three-episode stretch goes from Palisades vibe to Mexican getaway to rural farm — there’s still an overarching sense of sameness to the season. For a show that wants to put forth love as this ethereal, unpredictable force, only one of these six stories ends with anything other than a cute line and tiny bow. The more that these episodes give the sense of a person existing beyond the edges of the episode itself, the better the show can be. Too often, though, “Soulmates” ends up being a case study in two enigmas, offering no real reason to invest in any one eventual fate of their relationship over another.

Maybe the most egregious miscalculation that “Soulmates” makes is assuming the audience won’t make basic narrative connections within each story. There are enough flashbacks in these episodes to hint that Bridges and Goldstein don’t actually expect the audience to pay close enough attention over the course of 45 minutes. For each climax that revolves around Chekov’s Biographical Detail, there’s an explicit callback to what anyone watching was supposed to have tracked the first time it came up. So many of the characters in “Soulmates” are looking for trust. That search would mean more if the show around them had a little bit more of it.