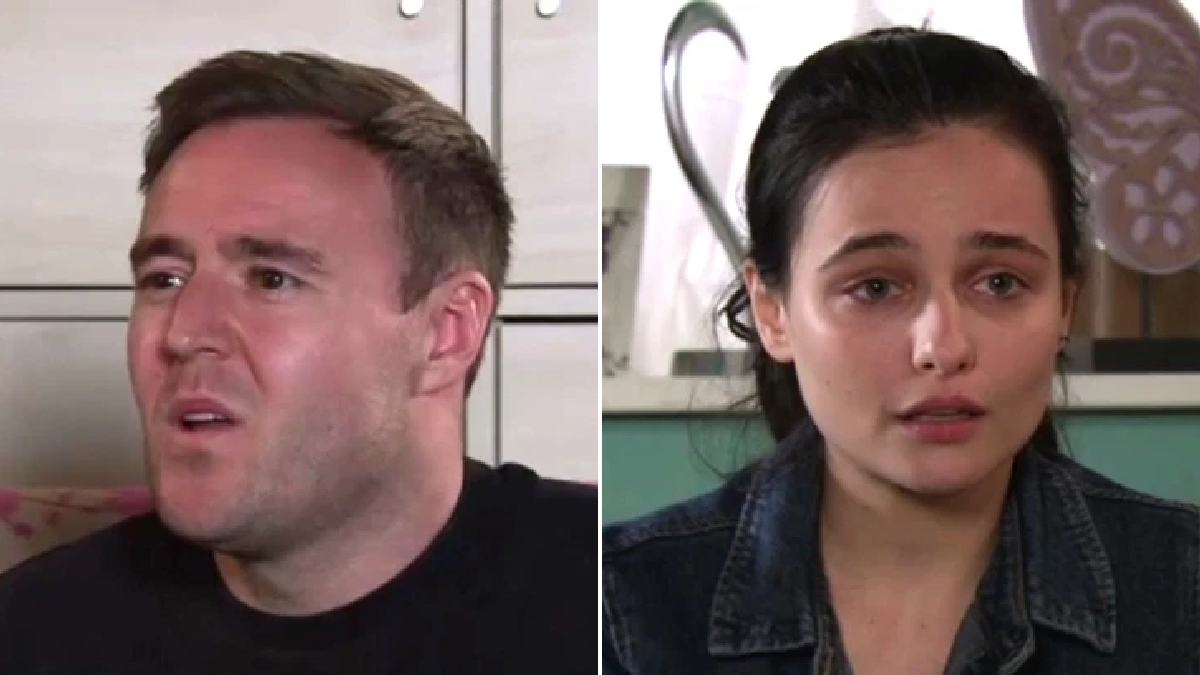 Tonight (June 29), the worry for Alina continued but because Tyrone (Alan Hasall) was busy processing the news that his abusive ex-partner Kirsty had died, there wasn’t really a perfect opportunity to tell him the news.

As Tyrone and Fiz (Jennie McAlpine) sat down to tell Ruby that her birth mother had died, Alina was in the factory, chatting to Sally (Sally Dynevor) about Kirsty.

However, when Alina made a comment, Sally realised she had no idea about Tyrone’s past abuse.

It was clear Tyrone still hasn’t really come to terms with what happened to him as he told Alina he found it easier to keep quiet about the whole thing.

But the time for talking about the past was brought to a halt as Alina forced Tyrone to think about the future…and announced she was pregnant.

Struggling with so many emotions, Tyrone was initially wary about the pregnancy, but realising his relationship with Alina has been full of taking risks, he told her he wanted to keep the baby.

Over the moon, Alina wanted to tell the whole world she would soon be a mum, but given he was finally finding common ground with Fiz, Tyrone advised Alina to keep things quiet until their scan.

Given how quickly news travels in the street, how long will it be until Fiz discovers Alina’s pregnant?