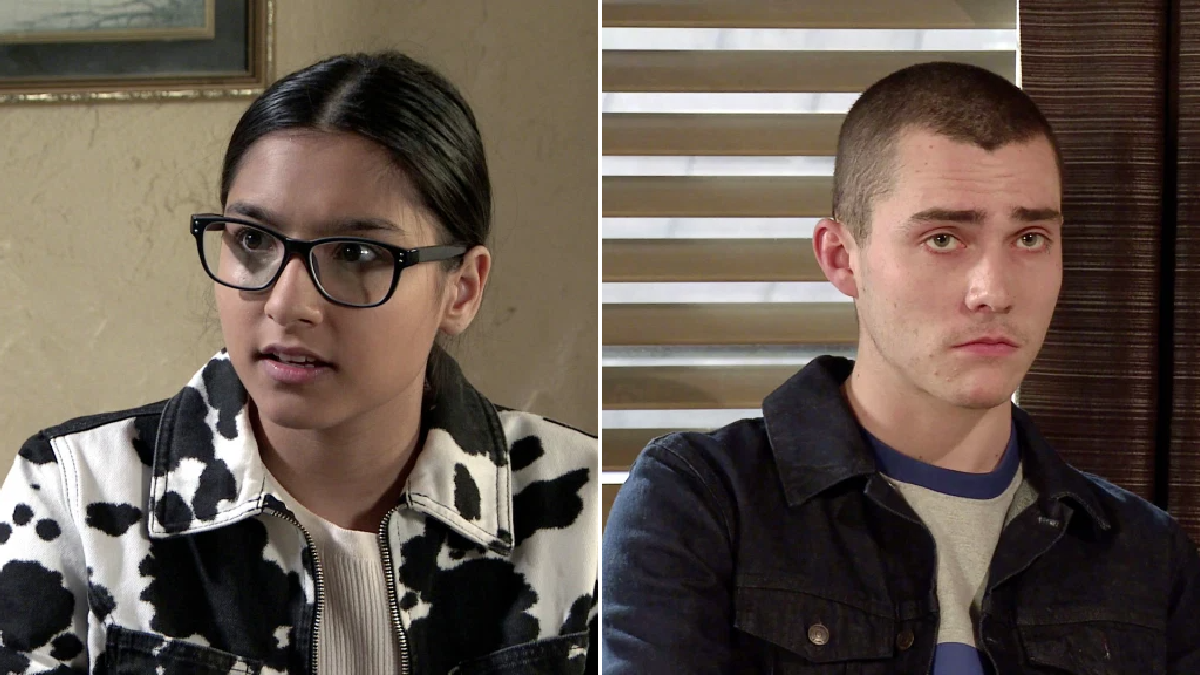 After the pair were sent to hospital, Seb’s injuries were too severe and following deterioration, the doctor broke the news to Abi (Sally Carman) and Kevin (Michael Le Vell) that the ventilator was the only thing keeping Seb alive.

Now Abi has said goodbye to her son, the hunt for the attackers continues and Asha (Tanisha Gorey) is struggling to do the right thing.

A controlling Corey instructs Asha to tell the police they were together in the flat when the attack took place and must ensure Amy (Elle Mulvaney) doesn’t blab.

Asha meets up with Amy, but they’re interrupted by the arrival of Dev (Jimmi Harkishin).

Amy tells Asha to stop covering for Corey, but what will she do?

Will she come clean?