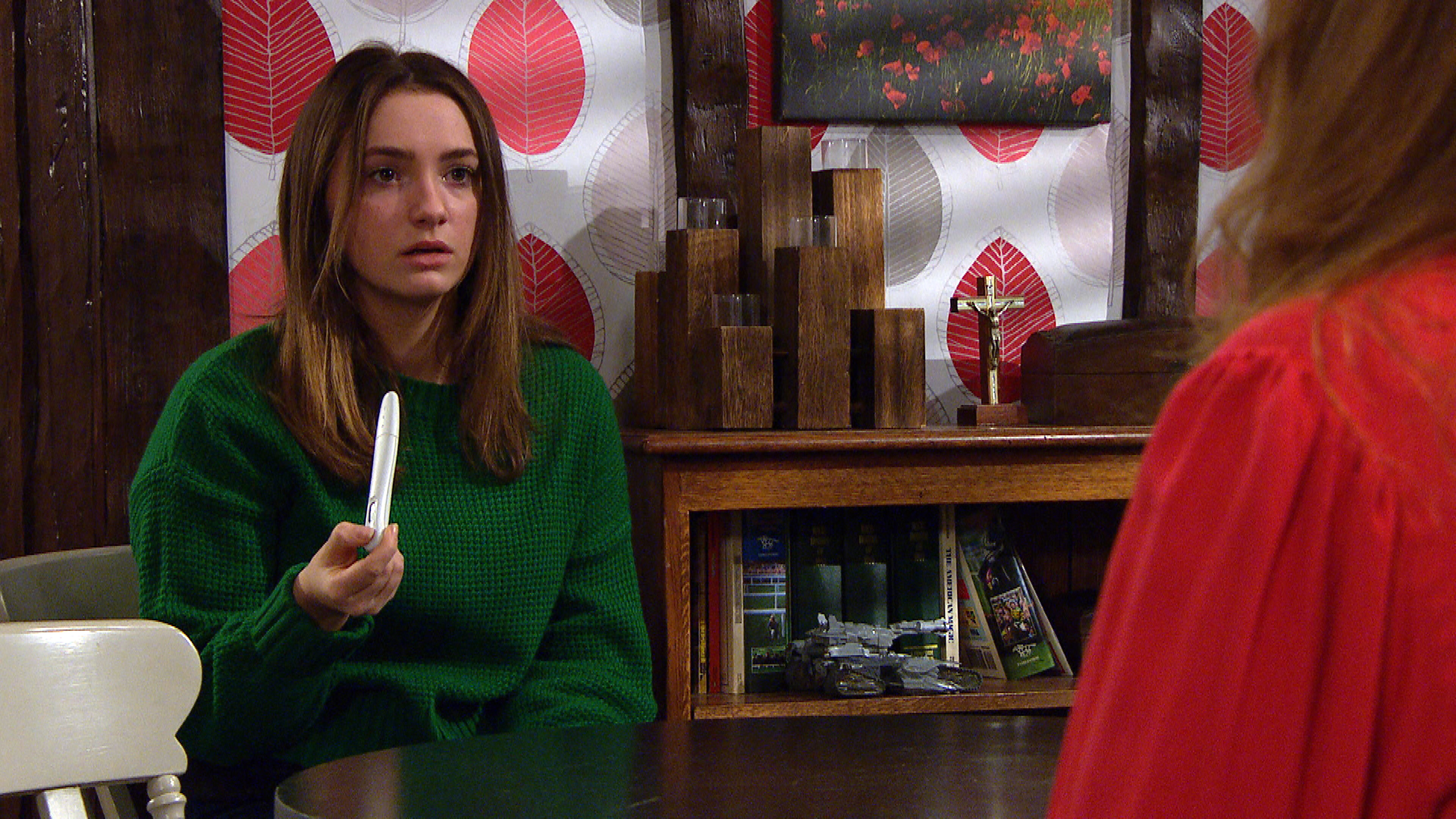 Following Laurel (Charlotte Bellamy) picking up on Gabby acting differently, Gabby told her she was worried she might be pregnant, and after taking a test, it confirmed Gabby’s thoughts.

Gabby refused to tell Laurel who the father of her baby is, aware she would react badly if she told her.

Gabby also assumed that Jamie (Alexander Lincoln) wouldn’t be interested after he told her sleeping together was a drunken mistake, but after being prompted by Laurel, Gabby told him, and it’s safe to say Jamie was stunned.

Jamie immediately shut Gabby down, ordering her to get an abortion and surprisingly, it looked like Gabby agreed.

As Laurel and Jai (Chris Bisson) began worrying about Gabby, they were unaware of the fact that she was seeing Kim (Claire King), telling her everything about being pregnant, including that her son said the best thing to do was to abort her baby.

When Jamie arrived, Kim looked over the moon after discovering the news, and once Jamie reminded Gabby that they had already spoken about what to do, Gabby told Jamie she would be keeping the baby in a shocking twist.

Jamie clearly can’t get on board with the idea that he’s going to be a father again, but how far will he go now Gabby wants to have the baby?

Will he devise another a plan so he doesn’t have to be a part of the baby’s life?