While the Star Trek franchise has become more polarizing when it comes to fans in recent years, most Trekkies look back on the 80s and 90s with fondness. Naturally, Star Trek: The Next Generation is a big part of that fondness — it’s hard to top Picard. But Star Trek: Deep Space Nine has an incredibly committed fanbase. Trekkies who love DS9 seem to love it more than any of the other series, usually lauding its writing and character development. However, there were a few choices here and there that fans took umbrage with, one of which was the death of Jadzia Dax, played by Terry Farrell.

The reason for her death and subsequent departure from the cast is an oft-discussed topic among fans, many of whom suspect it had more to do with Rick Berman and his behavior than Terry Farrell’s actual contract.

Terry Farrell was nervous about playing Jadzia Dax on ‘DS9’ 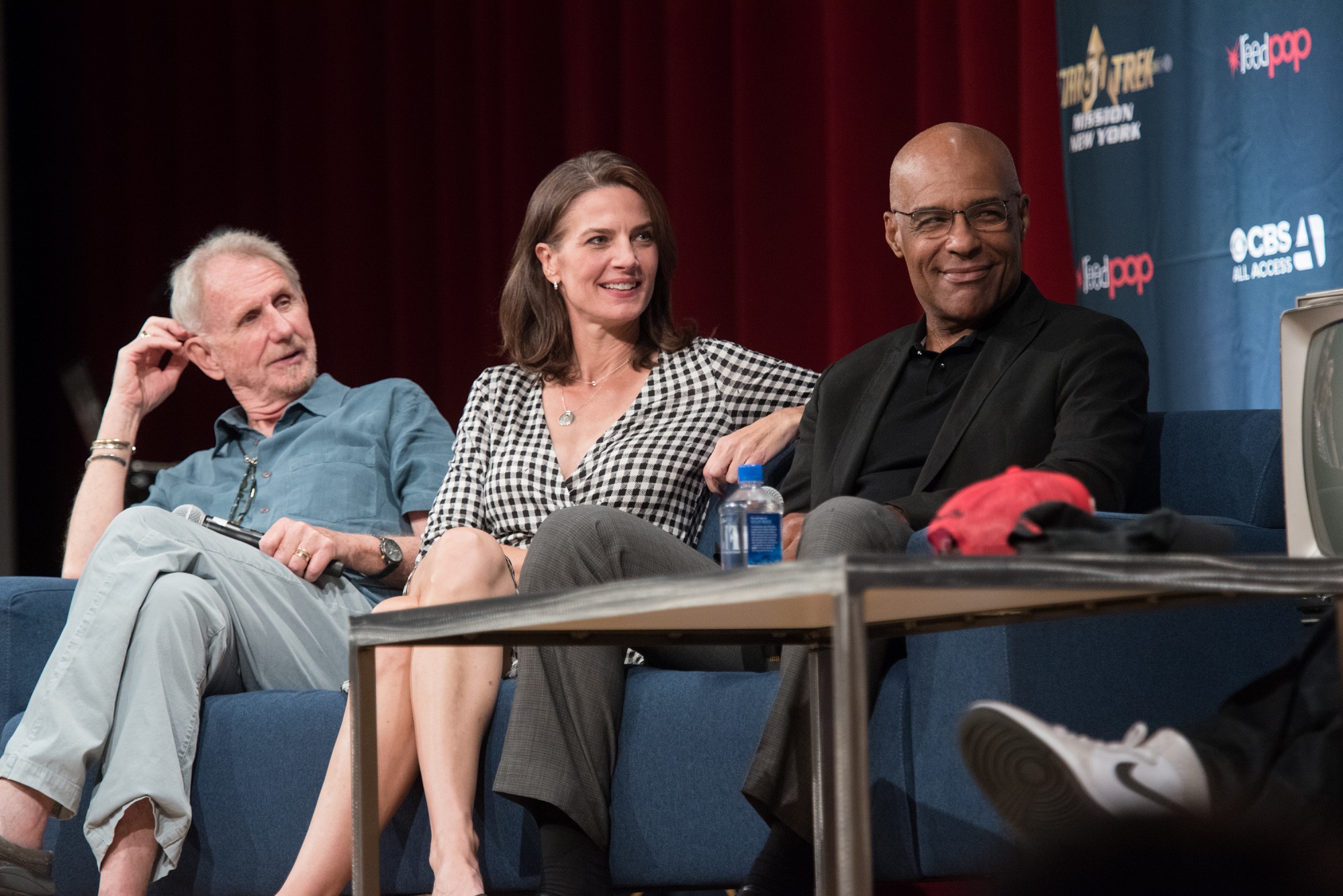 Like many other Star Trek actors, Terry Farrell enjoyed her character and time on the show. However, she was certainly nervous when she started out on Star Trek: DS9.

“Everything about how (the creators) described Dax – she lived many lifetimes, she was a science officer, she was a strong female character – all of those things were incredibly appealing about her, especially being in the Star Trek universe,” Terry Farrell told Trek Today.

“It’s as close to a solid job you can get in Hollywood as an actor. All of that was incredibly appealing and very nerve-wracking and exciting. I lost ten pounds between the week I read the first time and the last time out of excitement and nerves. I hardly slept at all. When I got it, I burst into tears, I was so excited,” she added.

“During my first scene, I was so incredibly intimidated by him. … I went up to him on a lighting break and pulled him aside. I had to appeal to his gentler side. … [I]f he could help me out a little bit so it wouldn’t be so much more glaringly obvious that he was more powerful than I was. He softened and opened up,” Farrell explained.

She went on to add that she had a wonderful working relationship with Avery Brooks.

Rumors of mistreatment on the ‘DS9’ set 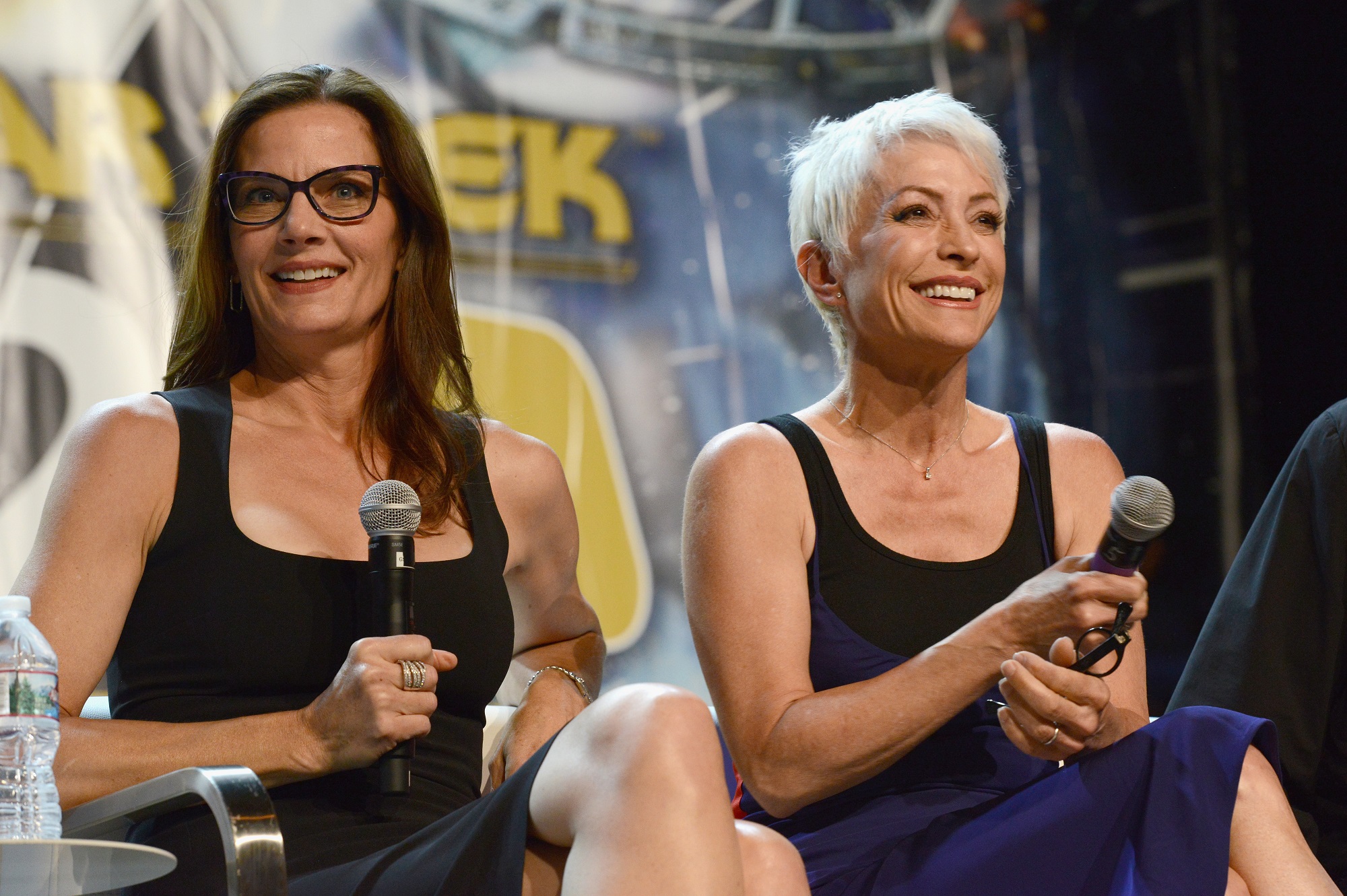 Unfortunately, not everything was rosy for Terry Farrell on Star Trek: DS9. In fact, Farrell has revealed that working with Rick Berman was something of a misogynistic nightmare.

The book The Fifty Year Mission covers the history of Star Trek, from TOS to modern times. In the book, Farrell explains what went down with Rick Berman.

“The problems with my leaving were with Rick Berman. In my opinion, he’s just very misogynistic. He’d comment on your bra size not being voluptuous. His secretary had a 36C or something like that, and he would say something about, ‘Well, you’re just, like, flat. Look at Christine over there. She has the perfect breasts right there,’” revealed Farrell.

“And then I had to go into his office. Michael Piller didn’t care about those things, so he wasn’t there when you were having all of these crazy fittings with Rick Berman criticizing your hair or how big your breasts were or weren’t. That stuff was so intense, especially the first couple of years,” she added.

Alongside the issues with Rick Berman, Terry Farrell has said that she was struggling to manage her chaotic schedule with Star Trek: DS9. According to Farrell, this was one of the main reasons she chose to leave the show when her contract expired.

“I would have been so happy if they just would have let me be a recurring (character) the final season, so I didn’t have to be in every episode. I was just really tired. I was tired of waking up at four in the morning. I was tired of all the minutiae. I’m sure a lot of the other actors feel this way, too,” she told Trek Movie.

“When you’re number five (on the call sheet), you’re waiting for that schedule to arrive and it becomes frustrating. You want to feel like you have your life again, and I’d definitely put my life on hold because I didn’t know how to balance a schedule constantly changing all the time. It was really hard for me,” she added.

Tags: Star Trek, tv
Recent Posts
We and our partners use cookies on this site to improve our service, perform analytics, personalize advertising, measure advertising performance, and remember website preferences.Ok