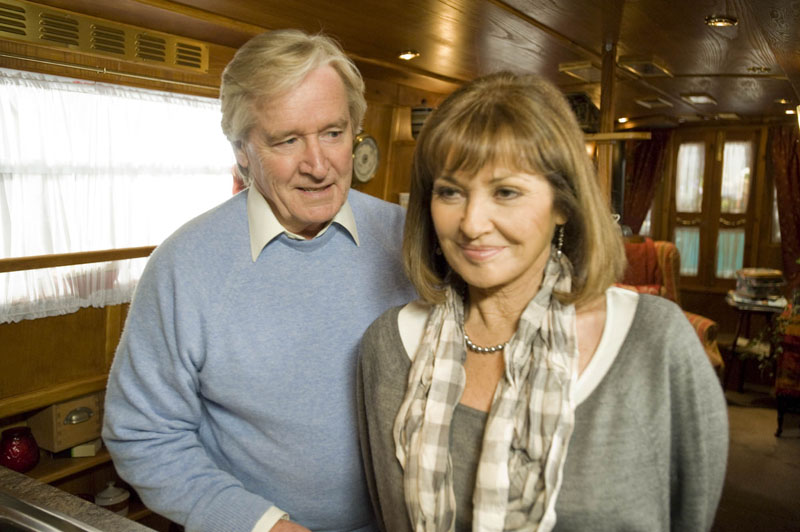 Stephanie Beacham has discussed the possibility of reprising her role in Coronation Street.

The actress, who is best known for her work on various television programmes over the years including Dynasty and Bad Girls, played Martha Fraser on the ITV soap in 2009.

A love interest for stalwart Ken Barlow (William Roache), Martha appeared in the continuing drama for five months, as she and Ken embarked on an affair behind Dierdre’s (Anne Kirkbride) back.

But over a decade since she was last seen on the cobbled streets of Weatherfield, could Martha be set for a return?

When asked about the possibly of revisiting the character, Stephanie said: ‘Maybe, should an offer should turn up again.’

The star, however, did note that Martha’s arc in the long-running serial drama was a ‘contained’ one, meaning there’s not much left to revisit.

‘But maybe Martha on the barge could turn up again,’ she added to The Express.

Ken met Martha while out walking dog Eccles near the canal. Eccles, having become excited, chased after the birds nearby, and ended up falling into the freezing water, with Ken struggling to get him out.

Martha, however, appeared out of nowhere with a fishing net from her boat, managing to save the beloved pooch.

The two characters bonded rather quickly, after discovering their shared love of literature.

Martha, who had been living on a barge for seven years after splitting from her husband, was under the impression that Ken was a widower, after he told her that Peter’s (Chris Gascoyne) mum Valerie (Anne Reid) had passed away.

One thing led to another, and they subsequently shared a kiss. Riddled with guilt, Ken then came clean about his marriage to Dierdre.

Martha was horrified, and asked him to leave.

However, their relationship did not end here, and the duo struggled to resist temptation, as they slept together.

Ken even resolved to sail away with his new lover, but he ultimately had a change of heart last minute, unable to leave Dierdre.