Strictly Come Dancing is nine months from returning to the BBC but fans are still talking about Oti Mabuse’s second win. She and celebrity contestant Bill Bailey lifted the Glitterball Trophy last December and today, they joined Channel 4’s Packed Lunch to discuss their success. During the conversation, Oti was asked about the “demands” she makes backstage ahead of their live performances.

Steph’s Packed Lunch was hosted by Helen Skelton today and she quizzed Bill and Oti about their time on the nation’s favourite dance show.

Together they were playing a game of “Mr and Mrs” whereby they were asked a series of questions and had to hold a paddle up with the person they thought it referenced.

When asked who was the biggest diva, Bill replied: “There is no diva.” 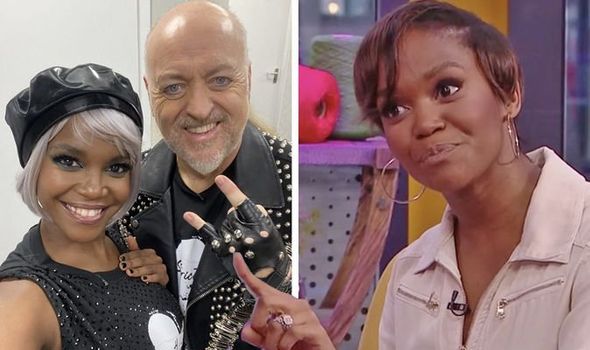 We will use your email address only for sending you newsletters. Please see our Privacy Notice for details of your data protection rights. Anton du Beke’s former Strictly partner feared ‘heart attack’ on show

Helen continued: “We heard it was Oti. You had particular demands over costumes.”

Shocked by the comment, it took a second for Oti to realise what the presenter was referring to.

She explained: “Yes, I know what I want and for me I want my celeb to always look the best and I match the outfits to his body. 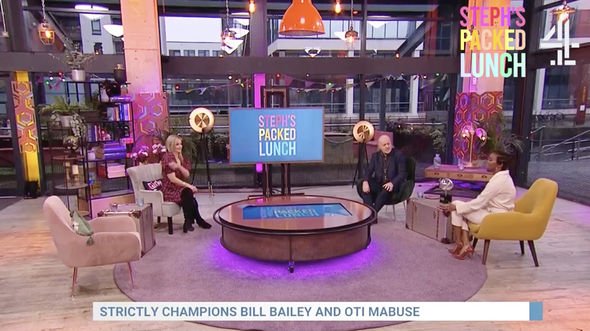 “I remember we were changing jackets, making it the best, because I want him to look good. It’s not about me.”

“Oti was very good, I wasn’t very assertive, I was like ‘Yes, whatever,’” Bill added.

“’Take the jacket off! Take it off!’” Oti reiterated.

Helen moved onto the next question and asked: “Oti, Oti, who’s the bossiest?”

And both Oti and Bill raised the paddle with Oti’s face on.

Reflecting on his time on the show, Bill told Channel 4 viewers: “I think people thought I would be a novelty item for a few weeks, a bit of a comedy dancer, maybe a bit of  a dad dancer, he’ll be fun for a couple of weeks and then people will think they’ve had enough of this…

“Week 4 was the turning point really when people thought I could actually dance, it was a bit of a surprise to me.

“My whole family have been blown away. I think everyone has been a bit taken aback by it.“

As for whether Bill has got used to the idea of being a Strictly champion, he said: “I am thrilled, it still hasn’t quite sunk in yet and this is the first time we’ve met since that night…”

When quizzed on the experience he expressed surprise that the small size of his trophy, “I thought it would be a bit bigger.

“I’m not complaining, I just thought maybe we could keep it [the bigger one]”