Although Hannah Berner from Summer House looked crushed hearing Luke Gulbranson tell her they never dated, she’s definitely moved on and is not looking back. 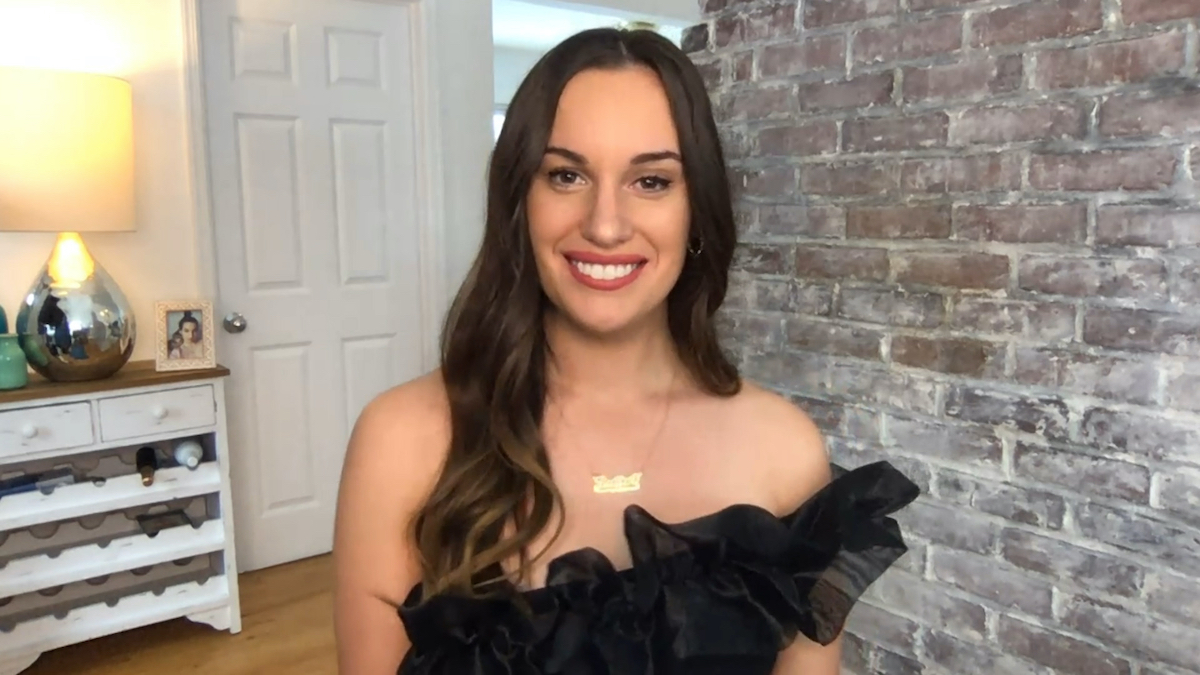 Berner described her boyfriend, Des Bishop as someone who is funny and makes her laugh. But he’s also someone with who she shares “emotional intimacy” with and is confident. She shared that there is an age difference between them – she’s 29 and he’s 45, but Berner wondered if that’s one aspect that makes the relationship work.

“I’m currently seeing someone who’s in like the comedy industry, where we had mutual friends and he kind of hit me up and he was like, let’s get coffee,” she said on Katie Maloney Schwartz’s Dear Media’s You’re Gonna Love Me podcast.

“So they say a lot of comedians are like addicts or former athletes or athletes. And I think they’re all kind of intertwined,” she continued. “Like I was addicted to tennis and a lot of it’s like this high you get at night when you’re performing standup. That, I mean, obviously can’t do it now I got fired by the pandemic.”

“But at the time it was like tennis again for me, like I would like train during the day,” she said. “I’d be in front of the mirror, like making jokes and then I’d go up, but I’d do my best, but what’s great about him.”

She describes why dating an older man is better

She described dating men in their twenties as having “squirrel brains” and how men even in their thirties feel somewhat threatened by a successful woman.

“And I had to break out,” she said, referring to the pattern of dating younger men. “Dating [Bishop] is great because he’s had like his career already. He jokes he’s like, I want you to be my sugar mama. And I’ll like golf and hang in the hot tub. He’s like, I’ll take care of the kids. I’m like, yes, that’s what I want. So I love the idea of dating an older guy who was like, wiser than me in a lot of ways and has lived a lot of things that I haven’t lived.”

“I don’t feel like I have to be a project manager and like fix him in a lot of ways,” she added. “And yeah, you just have to find a guy who’s confident within himself. And then you feel like you can still be your psycho competitive self.”

“Life is better not being alone,” Berner said. “Like even when you’re really successful. You’re like at the top of the world, sometimes that’s the loneliest place being at the top.”

She then shared she is in love. “Oh my God. I’m very in love right now,” she said. “So I’m jaded.” Adding, “I want to find someone who makes me laugh and I always want to find a guy who I can make laugh, but realistically, like intimacy is when two people laugh at the same time.”

“And like, he obviously is hilarious and an incredible standup,” Berner remarked. “And I have my own sense of humor, but it’s that together, the stupidest sh*t makes us laugh. Like just, you know, when you look across the room and you’re just like, you’re just in it with that person. So, I’m happy to have found that kind of like emotional intimacy.”