“You can’t even pay attention for 60 seconds,” Handler told Morgan in 2014 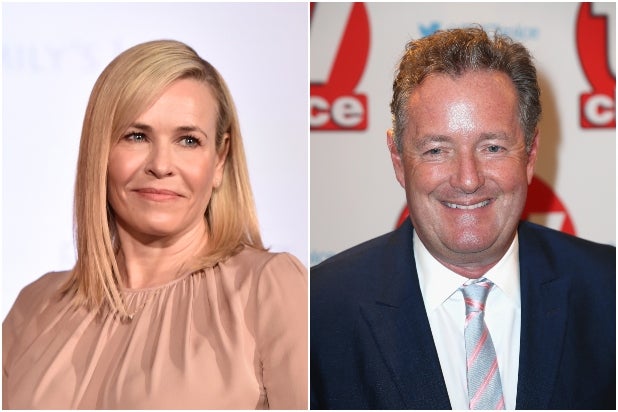 Clips from Piers Morgan’s old show are making the rounds online today after comedian Chelsea Handler shared a video of her calling out Morgan for being a “terrible” host six years ago.

Handler posted the video of her on CNN’s now-defunct “Piers Morgan Show” in 2014 on her Instagram with the caption, “some assholes get better, some just stay the same,” and tagged Piers’ Instagram handle.

In the clip, Morgan and Handler come back from a brief mid-show break, and Handler criticizes Morgan for spending his downtime on his phone, scrolling through Twitter while she was opposite him at the desk. Handler says that Morgan’s interviewing and overall on-camera skills could use some brushing up.

“You can’t even pay attention for 60 seconds, you’re a terrible interviewer,” Handler says.

Morgan retorts by saying he was looking at his cell phone because he thought Handler was being boring. “You just weren’t keeping my attention, that’s more an issue for you than me,” Morgan said.

“That’s not my problem, this is your show. You have to pay attention to the guests you invited on your show,” Handler argued.

“If they’re interesting enough…” Morgan tried to say, before Handler cut him off to continue. “Listen, it doesn’t matter how interesting I am, you signed up for this job.”

Morgan indignantly said, “of course it does (matter),” to which Handler replied — “well, maybe that’s why your job is coming to an end,” with an ambivalent shrug.

At the time she was on the “Piers Morgan Show,” Handler was also hosting a spot of her own; the “Chelsea Lately” on late-night E! that ran from 2007 to 2015. So, it’s fair to say Handler does know a thing or two about engaging her guests and putting on a decent show.

“What’s a moment, if I said to you, I can give you one moment back in your life to repeat right now, what would you choose?” Morgan asked. “It would be spending this hour differently,” Handler quipped.

Check out the full clip in Handler’s postbelow.