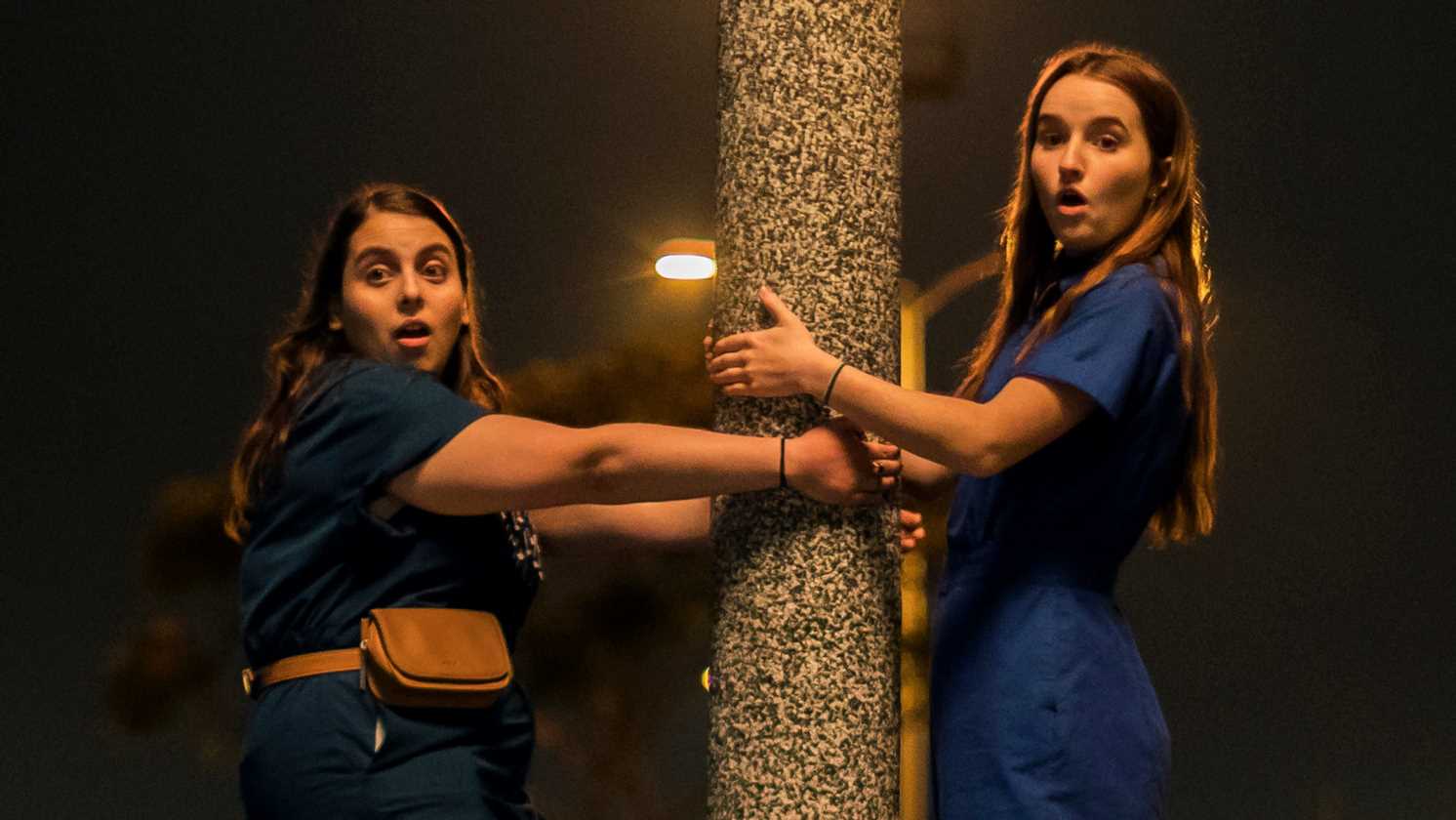 Folks, let’s be real: It’s been kind of a rough year at the movies.

Sequels are tanking left and right. No one’s seeing the good stuff. And there really hasn’t been anything astounding yet, whereas we’ve had “Black Panther,” “Get Out” and “Sing Street” (a personal fave) in recent years before all the Oscar-ready flicks hit later.

Plenty of quality films are still to be had, though, especially if you know where to look: More than ever, it pays to go deep-diving on Netflix or poking around digital platforms for diamonds in the rough.

While we’re waiting for a mega second half of the year, where “It: Chapter Two,” “Frozen II” and “Star Wars: The Rise of Skywalker” all loom as heavyweights, here are the best movies of 2019 so far (through June), ranked: 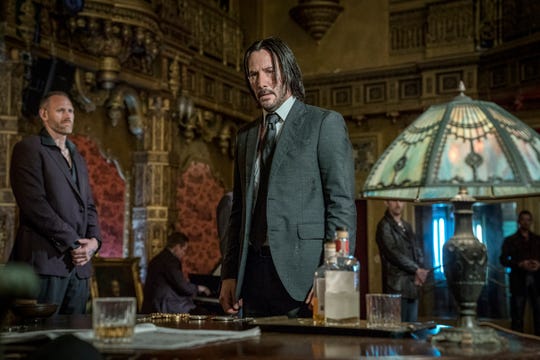 John Wick (Keanu Reeves) is excommunicated from the global community of assassins and has a bounty on his head in the action film "John Wick: Chapter 3 – Parabellum." (Photo: NIKO TAVERNISE)

Since we’re in the middle of the Keanuaissance, it’d feel wrong not to have Keanu Reeves in here. His Duke Caboom is a highlight of “Toy Story 4” and he’s so good playing a meme-able, jerky version of himself in “Always Be My Maybe,” but there’s nothing quite like seeing him get knocked down and get up again – over and over – as the Chumbawamba of laconic, well-dressed, totally deadly assassins. 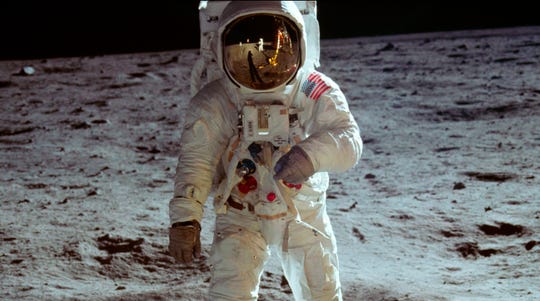 Putting out a high-profile documentary for the 50th anniversary of the moon landing is the definition of no-brainer. Director Todd Douglas Miller doesn’t phone it in, however, and creates something special by stripping the story down: Instead of recruiting an A-list narrator or enlisting talking heads, Miller chronicles the Apollo 11 mission using just archival footage and audio. It adds new dimension to the famous event hearing Neil Armstrong’s “That’s one small step for man” in the context of casual conversation, or listening to chatty launch-control types break the news of the Chappaquiddick incident to one another, without taking away any of the inherent drama of the moment. 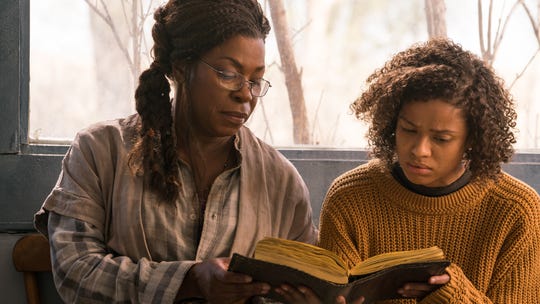 Gugu Mbatha-Raw (right) stars as a woman with superpowers who reconnects with her mom (Lorraine Toussaint) while on the run in the thriller "Fast Color." (Photo: JACOB YAKOB)

In this wholly original take on the superhero genre, Gugu Mbatha-Raw is magnetic as a former drug addict on the run from those trying to study her remarkable abilities, and her journey takes her back to her rural home, her estranged mother (Lorraine Toussaint) and daughter (Saniyya Sidney) – both of whom can also do extraordinary things. There’s an intriguing post-apocalyptic scenario, and the superpowers are neat to behold, though the real thrill comes from the magic of the main female characters mending what’s been shattered between them.

Robert Pattinson stars as a man alone in space and raising a baby in the sci-fi film "High Life." (Photo: A24)

Still scratching your head at the thought of Robert Pattinson as the new Batman? Watching this trippy, twisty sci-fi drama will get you up to speed on just how good an actor the “Twilight” vet really is. Pattinson plays a broody sort stuck in space who raises a baby and is the last surviving member of a cosmic mission to harness the energy of a black hole. (The guy is also used for his sperm, which is a much longer story.) Imagine Stanley Kubrick doing “The Martian” with the “Interstellar” effects budget, and you get a sense of director Claire Denis’ ambitious, slightly psychosexual thriller. 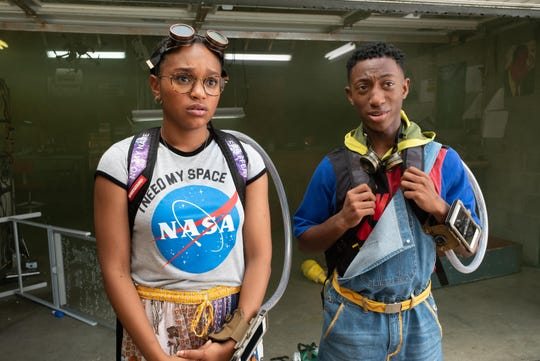 Eden Duncan-Smith (left) and Dante Crichlow star as teenagers who invent time-travel technology and try to save a loved one in "See You Yesterday." (Photo: LINDA KALLERUS/NETFLIX)

Director Stefon Bristol’s excellent Netflix adventure (produced by Spike Lee) is on the surface an homage to “Back to the Future” – complete with a winking nod from Michael J. Fox in a cameo – featuring two super-smart African-American teens (Eden Duncan-Smith and Dante Crichlow) who invent time-travel technology. It becomes much deeper than that, however, as one of the kids desperately tries to uses the gadgetry to save a loved one wrongfully shot by police. The film is an affecting and thought-provoking exploration of a never-ending cycle of violence and the onus on young ones to help break it.

Where to see it: On Netflix 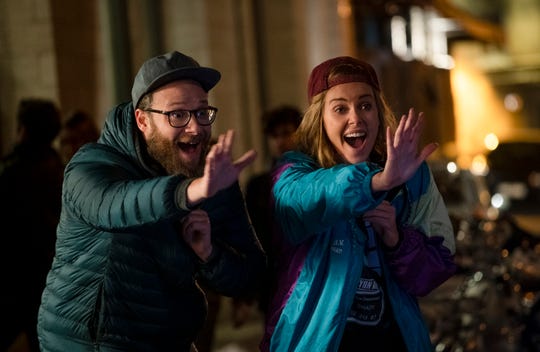 Fred (Seth Rogen) and Charlotte (Charlize Theron) are in search of a high on the streets of France in the romantic comedy "Long Shot." (Photo: PHILIPPE BOSSE)

Politics is seemingly everywhere and inescapable these days, but at least Charlize Theron and Seth Rogen’s romantic comedy is an appealing gem for all parties. He’s the schlubby journalist whose activism gets him in trouble, she’s the powerful secretary of state running for the Oval Office (vote Charlize 2020!), and, sure, you know they’ll fall for each other. But there’s an underlying “we’re all in this together” vibe to the story that makes “Long Shot” feel so right in divided times. 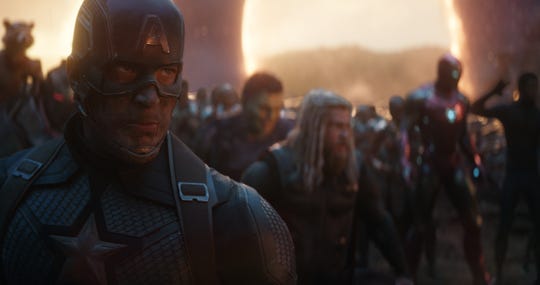 Everyone knew Marvel’s most Marvel-ous superhero epic was going to make a gazillion dollars and have just as many characters. The fact that it was also surprising, tear-jerking, fist-pumping and actually somewhat coherent over the course of three hours is pretty much a miracle. “Endgame” paid off so much of 10-plus years of storytelling before it unleashed a breathless final confrontation with Josh Brolin’s A-list big bad Thanos, and wrapped up the fantastic arcs of Iron Man (Robert Downey Jr.) and Captain America (Chris Evans) with a chef’s kiss.

“Talented young singer trying to make it” is a familiar refrain: It hasn’t even been nine months since “A Star Is Born” rocked us hard. But Tom Harper’s rousing “Wild Rose” gives the trope a winning Scottish lilt and a spitfire in Irish breakout Jessie Buckley. With shades of Janis Joplin, her Rose-Lynn Harlan is a Glaswegian woman fresh out of the slammer with a big voice, even bigger dreams of being a Nashville country star, and two little kids who need her as much as she needs the Opry.

Leave it to Jordan Peele to turn Hands Across America into something completely unnerving. A worthy followup to “Get Out,” “Us” is a purer horror tale with subtler social messaging as it puts a family through absolute hell by introducing them to their killer doppelgangers. There are so many highlights – eerie imagery, wonderfully dark humor – though chief among them is an absolutely awards-worthy turn by Lupita Nyong’o in dual roles, including the year’s best villain in Red. (Sorry, Thanos.) 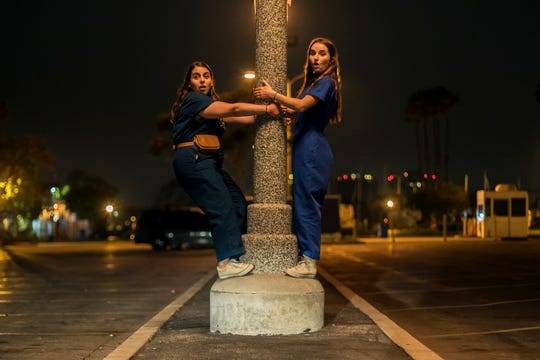 Beanie Feldstein (left) and Kaitlyn Dever star as graduating seniors who have to make up their lack of partying in the teen comedy "Booksmart." (Photo: FRANCOIS DUHAMEL/ANNAPURNA PICTURES)

With no warning whatsoever, Olivia Wilde – yes, that Olivia Wilde – just redefined the teen comedy for an entire generation and cemented herself as the coolest director in Hollywood. Her rowdy tale of two overachieving and lovable nerd girls (Beanie Feldstein and Kaitlyn Dever) who finally let loose the night before high school graduation – with a colorful crew of multidimensional school chums in tow – will leave your heart three times bigger, give you six-pack abs from laughing so hard, and resonate with anyone who’s ever wanted start a revolution with a BFF. 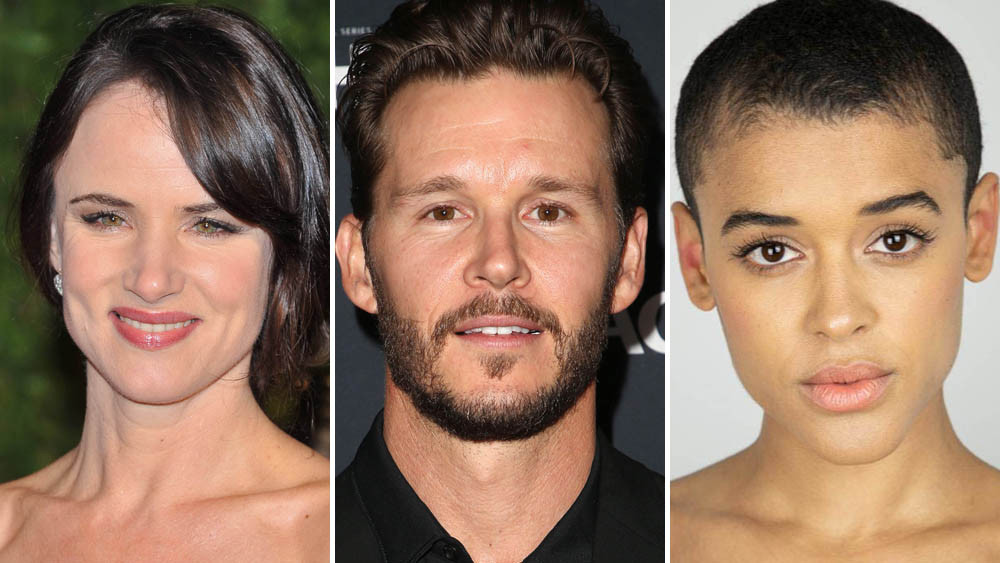 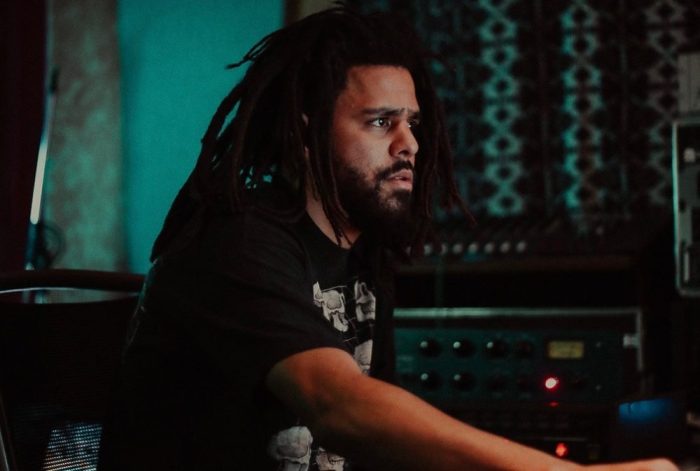