Bradley Walsh welcomed players Daniel, Liz, Caroline and Rob to the ITV quiz show this evening as each player hoped to pocket some cash. However, it was far from plain sailing for each The Chase contestant as they faced a Chaser in form in Jenny Ryan. This resulted in Liz being the only quizzer to make it to the Final Chase, but not before she left the audience and Bradley in fits of giggles with a shock revelation about rock’n’roll legend, Rod Stewart.

After seeing off Caroline and Rob in the first two head-to-heads, it was left to Liz to be the first to contribute to the cash pot.

However, as ever before a player faces the Chaser, Bradley wanted to find out more about Liz.

It’s fair to say he wasn’t expecting a chat about fishing to take a turn towards singer Rod, however.

Describing her love of angling, Bradley asked: “What, with a rod?” 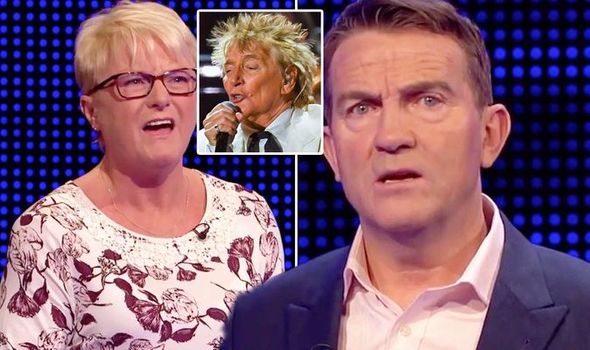 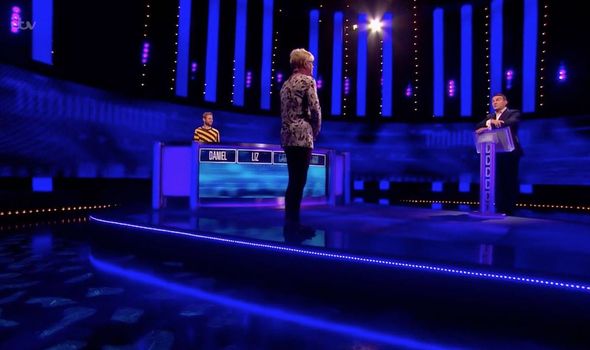 Perplexed by Liz’s protestation, Bradley hit back: “Why? What’s the matter with it?”

Liz continued: “Eh? Rod Stewart,” with Bradley now beginning to get back on the same page. 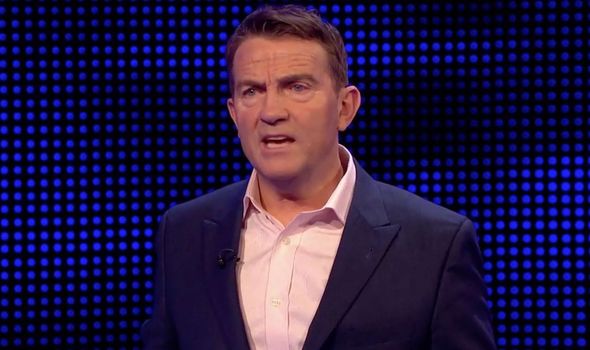 However, this was just the beginning of a bizarre back and forth between the quiz show host and contestant.

Liz admitted she’d “love to”, resulting in Bradley scanning the studio for any sign of the singer.

“Where did Rod Stewart come into it, I asked about fishing!” Bradley said.

Liz then shocked Bradley when she confessed to owning a six foot tall cut-out of the singer.

The Chase player admitted her house “is a shrine” to the ballad-maker, leading Bradley to point out: “He’s not dead yet!”

Liz continued the bizarre conversation, revealing: “I’ve got a six foot cut-out behind the sofa.

“He watches telly with me, I turn around and he’s there. Like everything else in the house and upstairs and everywhere.”

Gobsmacked by the revelation, Bradley teased Liz by asking if she spoke to cut-out, which she confirmed she did.

Bradley was left in fits of laughter by the confession but there was still quizzing to be done, with Liz making it to the Final Chase solo with £4,000.

Sadly for Liz, hwoever, she only racked up seven correct answers, meaning Jenny caught her with over a minute to spare.

Not resisting one last reference to Rod, Bradley signed off the show by telling Liz: “Hope you get to meet Rod. More to the point, I hope he gets to meet you.”

The Chase continues every weekday at 5pm on ITV.