Jenny Ryan was on hand to try and stop today’s team of four budding quizzers in taking home some serious cash on The Chase. Under the watchful eye of Bradley Walsh, each player stepped up to the table with what they’d earned from their cash-builders hoping to outrun the Chaser and make it back to the Final Chase. However, when Bradley introduced second player Rebecca to Jenny, it’s fair to say he wasn’t expecting the sudden putdown she aimed his way for his “cockney” accent.

Having seen Alex already make it back to the Final Chase with £5,000 in the prize fund, Rebecca aimed to follow suit.

And she got off to a respectable start, impressing The Chase host Bradley by racking up £5,000 of her own to take to the table.

But when Jenny came out to face her, she couldn’t resist a cheeky swipe at Bradley after discovering Rebecca worked as a translator.

“Hello, ‘Be-Prepared’ Rebecca,” she joked. “It’s a good job you’re a translator, I think you can help me out. 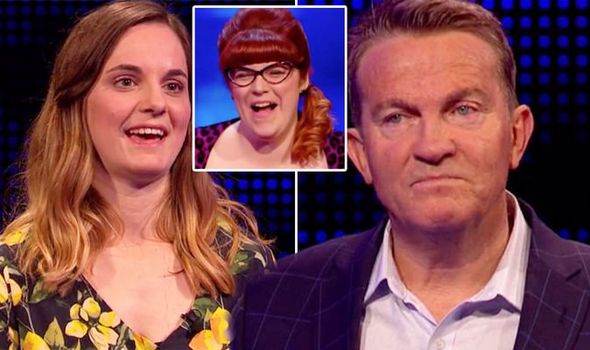 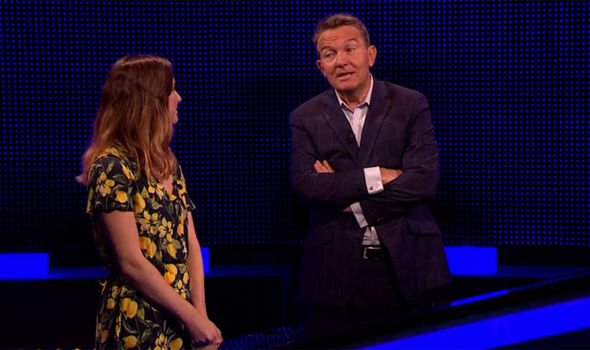 Bradley stood speechless as he took the swipe on the chin but Rebecca added to the putdowns.

“I don’t do cockney,” Rebecca chimed, prompting the Chaser to laugh and add: “Ouch.”

But Bradley wasn’t going to let Rebecca get away with her joke as he embarked on a sarcastic rant. 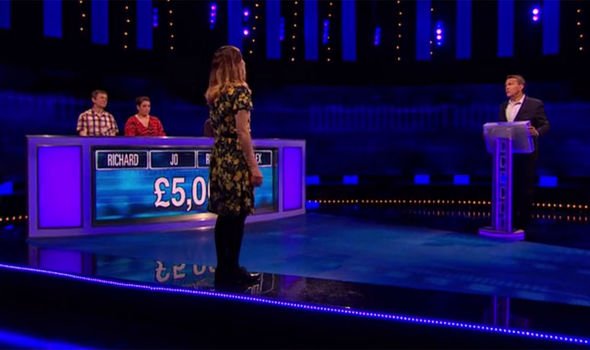 Bradley added: “In fact, Leavesden, do you know where Leavesden is?”

Rebecca admitted she didn’t but Bradley wasn’t finished there: “The Harry Potter film studios, that’s where I worked you see,

“I worked for Rolls Royce, I’m actually a jet engineer, don’t you know, not just a Cockney-revelly person.”

The Chaser and Rebecca shared a giggle and Bradley’s reply before the contestant decided to say sorry.

“Apologies,” Rebecca said to Bradley, who put on a posh accent to respond: “Accepted.”

Despite the jokey spat, Rebecca didn’t let it stand in the way of her quizzing as made it back to the Final Chase.

Sadly, the same couldn’t be said for Jo who went home empty-handed after going for the higher offer proposed by Jenny.

Richard, however, left everyone gobsmacked when he won a staggering £50,000 in his face-off with the quizmaster.

This left the jackpot standing at £60,000 and the trio got to work trying to outrun Jenny.

With a score of 23, Jenny was always fighting a losing battle and today’s team left with £20,000 each.

The Chase continues weekdays at 5pm on ITV.