The Chase saw Anne Hegerty return to try and outrun the three players as they hoped to walk away with the jackpot. Jacqueline, Khurram and Ashton were all successful as fans couldn’t help but express their surprise after Anne failed to catch the players in the Final Chase and handed them the win.

Yesterday evening’s show saw players Amy and Kerry leave empty-handed as they struggled to get ahead in the Final Chase against Mark Labbett.

Tonight, Jacqueline, Khurram, Ashton and Sapphire were up to face the Chaser as three players managed to make it through after their head-to-heads.

Unfortunately, Sapphire failed to make it through after a series of difficult questions in her head-to-head against Anne tonight.

The three remaining players all performed well in their cash-builders ahead of their round with Anne. 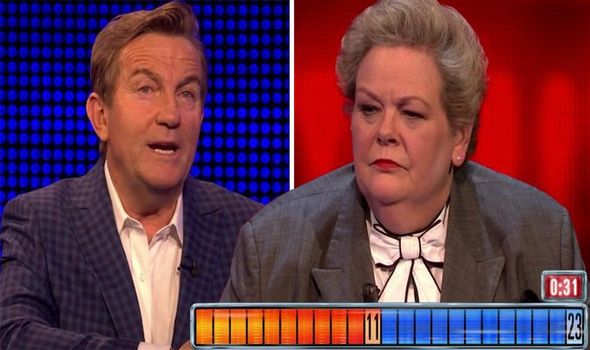 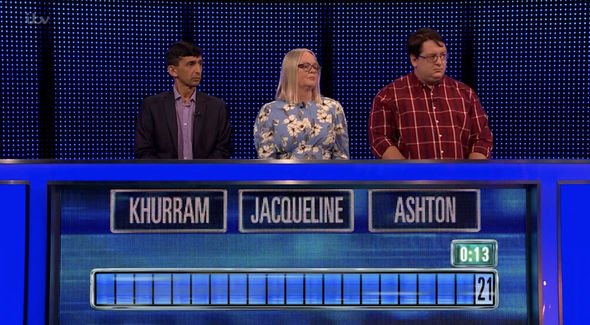 Despite Anne’s tempting higher offers, the trio stuck with their initial earnings giving them a strong chance of going all the way.

Before the players returned for the Final Chase, Anne commented on their strong individual performances.

They managed to get a huge 23 steps ahead of the Chaser tonight after an impressive run.

Host Bradley Walsh praised the trio, saying: “What a performance that was! That was fantastic, well played. Normally only full-houses get 21 or 22. Brilliant that. 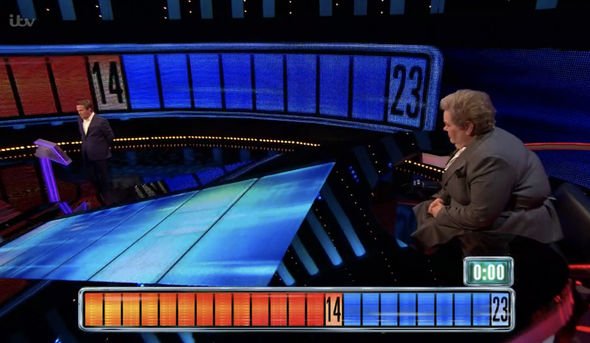 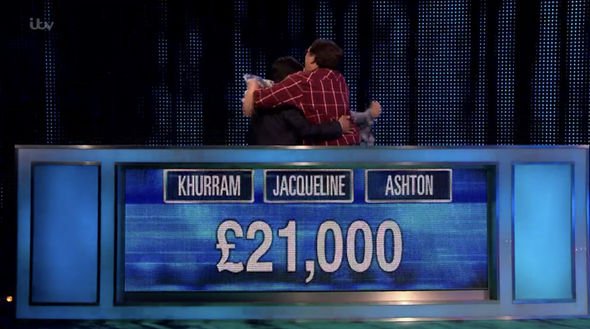 “Got to be honest, I dread to imagine what the score would’ve been if Sapphire had got back as well,” he added.

The host quizzed Anne on when she had last seen a score that high as she admitted she couldn’t remember, before her return to the podium.

Anne had a strong performance this evening during the head-to-heads but she fared differently in the quick-fire round as she appeared to struggle.

The players had given Anne a high target but she still had nine steps left as the clock ran out of time.

He asked Anne: “What happened there?” as she gave him a surprisingly honest answer.

The Chaser replied: “You kept asking me a lot of questions I didn’t know the answer to. If you do that then they’ll win!”

Viewers were quick to comment on the huge win by the team this evening as they were also left surprised by Anne’s bad run.

One fan wrote: “Wow don’t think I’ve ever seen Frosty Knickers have such a mare! #TheChase.”

“Some effort on #thechase there! @anne_hegerty had a howler there. Still the best though,” said another.

A third echoed: “Anne has had a nightmare, well-done team! #TheChase.”

A fourth commented: “Incredible team on #TheChase today, amazing score and it’s not often you see Anne humbled like that!”

“Anne is a cert to lose when she’s flustered. Can’t handle the pressure #thechase,” shared another.

Four new players will take to the podium in a bid to outrun The Chaser on Monday – will they manage to take home the jackpot?

The Chase airs weekdays at 5pm on ITV