On the surface, a show like Showtime’s “The First Lady” has potential. As we’ve heard time and again behind every great man is a great woman, so why not tell that story through the most powerful men in America? But it requires a sense of delicacy.

Every president has had their successes and failures, but it’s far too easy to cast these women as just moral arbiters of the creator’s own perception of said president’s accomplishments or misjudgments. Director Susanne Bier’s anthology falls into this category.

The series blends the stories of three First Ladies: Eleanor Roosevelt (Gillian Anderson), Betty Ford (Michelle Pfeiffer), and Michelle Obama (Viola Davis). Each woman navigates issues, both personal and professional, as they enter into the ill-defined job that comes of being married to a man voted president.

It’s that question that is at the heart, and lays unanswered, in “The First Lady.” What does the job entail? Is it a job at all? The three real-life women chosen certainly make this easy, as each had clearly defined causes and complex pasts that make them worthy of inclusion. There’s no doubt that these three would be the First Ladies picked because, in a way, they’re the cleanest. There’s no need to really discuss the position’s issues with slavery or corruption because these three women (and, by proxy, their husbands) weren’t tainted in that way.

The unsubtlety starts immediately with the opening episode that sees all three women having their portraits taken. We’re clearly going beyond the image here. The problem is many of the series’ themes are swathed in overt metaphors that have all the grace of a sledgehammer. There are no organic moments, everything connects back to an element from these women’s pasts.

Every decision they make has little to do with right or wrong, or anything passing for a belief system, but has to do with a clear event involving their history (or their husband). These moments feel disingenuous at best and skeezy at worst, like Michelle Obama honoring slain Chicago teen Hadiya Pendleton because Obama met the teen during a White House tour, something that never happened. Earlier scenes connect Michelle’s fears of husband Barack (O-T Fagbenle) to the assassination of Dr. Martin Luther King, Jr. Though these fears are certainly based in fact, to compare them to that of King reminds viewers that the Obamas’ narrative in this series is only presented in the context of them being Black. Too often, the Obamas’ plot points involve race in ways that don’t feel fleshed out and feel like a narrative retread.

We get no insight into who Michelle Obama is until we see a subplot involving young Michelle Obama (Jayme Lawson) struggling to be taken seriously in academic settings. Racism becomes the sole issue in the Obamas’ section — though the Fords’ have a Black woman working as a maid for them they don’t touch on how race in the 1970s nor do the Roosevelts, who seem to live exclusively in a white world — and it often leaves the viewer to equate racism with Blackness, and the Obamas specifically. Again, racism has been an issue in nearly every presidency, so limiting the discussion to the Obama presidency feels like a missed opportunity. 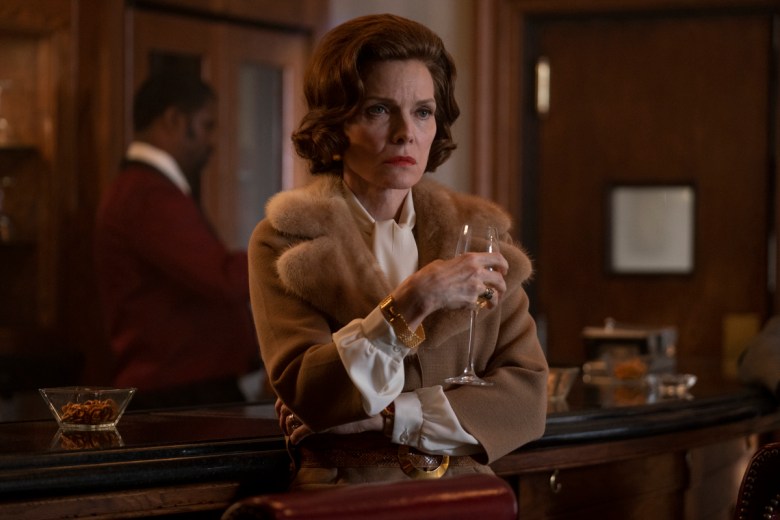 There are several individual strengths to the series that, if one had been focused on as opposed to three at the same time, it would have crafted a stronger series overall. Michelle Pfeiffer’s Betty Ford is not only the best performer of the trio, but her narrative becomes the most interesting one. In fact, the series seems to know this, returning to Ford (and her younger self, played by Kristine Froseth), more often than the other two actresses. Ford was best known as the unconventional firebrand wife of Gerald Ford (Aaron Eckhart), the one-term president who notoriously pardoned Richard Nixon. She also struggled with alcohol and drug addiction, famously starting up the Betty Ford treatment center, and is a breast cancer survivor.

Her only aesthetic connection to Ford herself may only be various 1970s wigs but Pfeiffer truly does separate Ford from her husband; the scripts seem more comfortable doing this, as well. Instead of perpetuating the stereotype that Betty Ford was a drunk, Pfeiffer plays her as a traumatized woman for which alcohol and pills became a way of stopping time. Raising kids with a husband who was off playing politics left Betty alone and Pfeiffer leans into the character being representative of the women living lives of quiet desperation as depicted in Betty Friedan’s “The Feminine Mystique.”

We see Ford, played by Froseth, as a young dancer studying under the legendary Martha Graham in the 1940s before meeting a young Gerry Ford (Jake Picking). The two have instant chemistry, but Betty is trapped in an abusive marriage. The most scandalous moment of the series seems to be Gerald Ford being married to a divorcee, and while the series never discusses the silliness of this moment at the time (which many thought would damn Ford’s campaign) it does show why the husband and wife pair had such a strong marriage. They knew they were bucking conventions from the minute they met, and Pfeiffer and Eckhart have an equally strong rapport with each other.

Other actors in the Roosevelt and Obama stories are just as engaging, though the narratives aren’t as three-dimensional as the Ford one. There have been countless documentaries about the Roosevelts relationship, and while many might be surprised to hear about how Eleanor Roosevelt fought to have her husband, Franklin (Kiefer Sutherland) save European refugees, the entire narrative is a basic history lesson. Anderson gives several of Roosevelt’s speeches, but the character remains encased in amber. There’s little to differentiate this performance from Anderson’s role as Margaret Thatcher in “The Crown.” The inclusion of Eleanor Roosevelt’s lover, journalist Lorena Hickcok (Lily Rabe), feels like a throwaway, with Rabe mired in scenes that require her to lay in bed and do not much else. 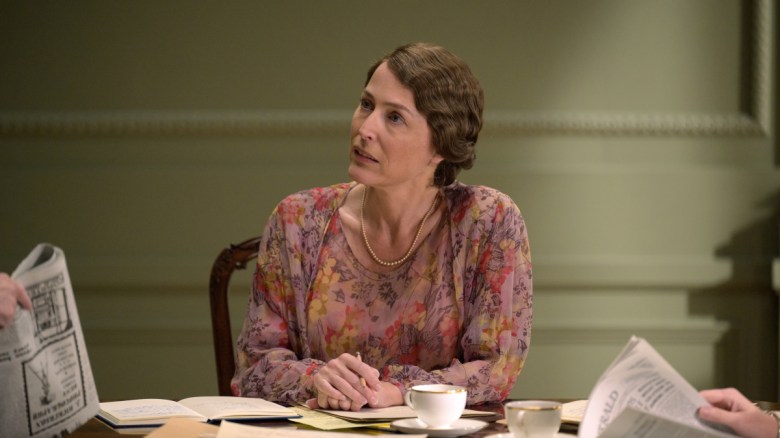 The actress done the biggest disservice to the series, however, is Viola Davis as Michelle Obama. There are elements that the series should have focused more on: specifically the family dynamics between the Obamas. There’s no denying a story about their lives outside the White House is interesting, but every conversation and moment is about the election, as if they have no other interests. Davis is already let down by bizarre aesthetic choices, particularly pencil-thin, drawn-on eyebrows that leave her looking perpetually surprised, but she’s also given nothing to latch onto as a character. Fagbenle is a decent Barack, and his interactions with Davis are the strongest moments of their narrative. But, too often, Michelle is presented as Barack’s inner monologue.

If “The First Lady” gets another season it’ll need to find a way to create compelling narratives for all its leads and be unafraid to get into the mess that is the White House. Instead, we’re left with a glitzy, star-studded, ill-defined, and rose-colored glasses viewpoint of what it means to be First Lady. For all its claims about going beneath the surface of these women, it leaves them doing little more than smiling and looking pretty. 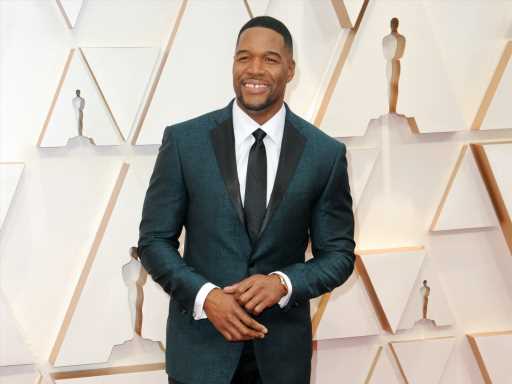