The Handmaid's Tale: June Osborne prepares for trial in teaser

The dark story is based on Margaret Atwood’s novel exploring a totalitarian rule in America which sees women as property of the state. Since it premiered on Hulu in the USA in 2017, it has gripped fans and the audience continues to grow. Starring Elisabeth Moss as protagonist June Osborne, the show has delved into some distressing themes, which Bruce admitted is “draining” to bring to life.

The Handmaid’s Tale showrunner explained: “It is draining. It is more draining during these times when you feel like stuff you’re writing is then reflected six months later in the real world.”

The television writer added: “You’re trying to come up with the worst things you can imagine and then when someone says, ‘Ha, ha, ha, it happened,’ you’re like, ‘No, that’s not funny.’

“I was really trying to come up with something terrible.

“The way that you deal with it is by the incredible good grace and professionalism of our cast, crew and writing staff.”

Speaking to Gold Derby, he continued “It’s about entertainment and it’s about telling a good story.”

He detailed how the story is one of “endurance and heroics”.

Author Margaret has also been heavily involved in the creation of the series.

Her novel of the same name was released in 1985, and Bruce explained the series tries to remain as true to the book as possible.

“Luckily, Margaret’s been around for the whole process,” he told the publication.

“We’ve been able to talk about extensions of the things that she mentioned in the book.

“I think we’re very much still making ‘The Handmaid’s Tale’ and making Margaret Atwood’s book into a television show.”

He detailed how the series has been able to “dig around some edges” that aren’t explored deeply in the novel.

Fans are eagerly awaiting the return of the series as the fifth set of episodes premiere.

And the wait is almost over, with the show returning to Hulu on Wednesday, September 14.

Hulu has teased viewers by releasing some images from the new series.

One shows a furious June glaring at something, while the other is of Serena Joy (played by Yvonne Strahovski), smiling through a veil covering her face.

“The widowed Serena attempts to raise her profile in Toronto as Gilead’s influence creeps into Canada.

“Commander Lawrence (Bradley Whitford) works with Aunt Lydia (Ann Dowd) as he tries to reform Gilead and rise in power.

“June, Luke (O-T Fagbenle) and Moira (Samira Wiley) fight Gilead from a distance as they continue their mission to save and reunite with Hannah (Jordana Blake).”

The Handmaid’s Tale season 5 premieres on Hulu in the USA on September 14. A UK release date is yet to be announced. 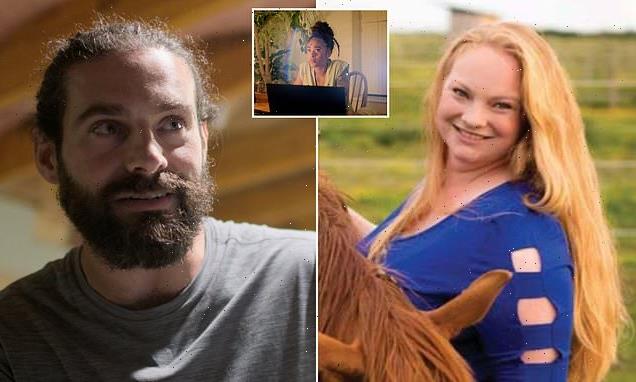