When a fan of The Mandalorian asks if they’ll see more of Taika Waititi, what they’re really asking is, “Will we see more of IG-11?” The answer to that question is probably no, since IG-11’s fate seemed pretty definitive.

That said, it’s not unlikely that we’ll see Waititi behind the camera again. After all, he’s a part of the Disney family, having not only revitalized Thor, but having also directed Jojo Rabbit to great acclaim, and that was also released by a Disney company — Fox Searchlight. 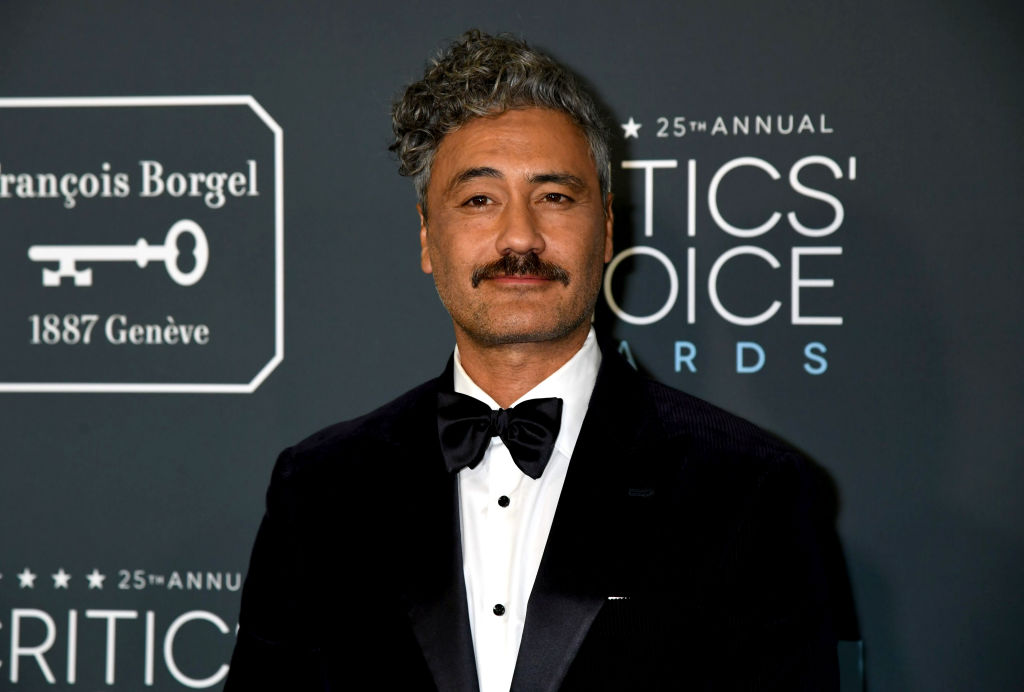 Spoilers lie ahead for the last episodes of The Mandalorian, so come back later if you haven’t already seen those.

Even before the ubiquitous Baby Yoda showed his face, the fan favorite was the battle droid IG-11, for two reasons. First, IG-11 is similar to another robot called IG-88 that fans remember being among the bounty hunters that were after Han Solo in The Empire Strikes Back.

The Mandalorian hates droids, but found himself working quite handily alongside IG-11 … until the droid was going to follow his directive to kill Baby Yoda. The Mandalorian shot him.

Fans figured that was the end of him, although he popped up later. Although he had been reprogrammed to be kind of a nursemaid to Baby Yoda, The Mandalorian still didn’t trust him — until IG-11 proved himself to be quite a capable protector.

Ultimately, the droid self-destructed to take care of the stormtroopers that were on our heroes’ tail.

Waititi not only provided IG-11’s voice but also directed the final episode, where he dared to show speeder bike troopers punching Baby Yoda in the head. That took a warped sense of humor, something that Waititi definitely has.

It wasn’t funny that Baby Yoda was being punched in the head (what was funny was knowing that those stormtroopers were going to get it) and it was poetic justice that it was Waititi’s character that delivered that justice.

Fans still wonder if IG-11 could come back somehow, and it’s not that unreasonable a question. First, anyone who has seen any of the Terminator movies knows it’s possible to reconstruct a droid even after it’s been blown up. And even if IG-11 himself doesn’t come back, it wouldn’t strain credibility for a different IG droid to take its place.

Screen Rant points out that Waititi could return as another character. When he appeared on Jimmy Kimmel Live to promote Jojo Rabbit, he mentioned that the character he voices, Korg, would be back in Thor: Love and Thunder, and even Waititi seemed surprised at the enthusiastic reception that bit of news got.

So if a minor character like Korg can inspire such devotion, then a more prominent character like IG-11 can surely return in some form without the audience having to suspend too much disbelief.

Taika Waititi is a busy man

Waititi is so much in demand it’s not just Disney that’s taking up all his time. He’s also set to play a role in The Suicide Squad, James Gunn’s sequel to the DC villains movie that is due out on 2021.

Thor: Love and Thunder, which Waititi is writing and directing, is due out in November of that year. The DC/Marvel crossover continues, with the new announcement that former Batman Christian Bale is joining that movie.

While he’s juggling all that, Waititi is still out on the awards circuit, enjoying acclaim for Jojo Rabbit, the anti-hate satire in which Waititi plays Adolf Hitler as the imaginary friend of a young boy in the Hitler Youth.

Waititi just scored a surprise nomination by the Directors Guild of America, ramping up speculation that an Oscar nomination will follow.

Not many directors could get away with punching Baby Yoda and making Hitler comical in the same year, and that kind of chutzpah all but guarantees Waititi will return to the world of Star Wars, either behind the camera or behind the microphone.

Tags: H, Mandalorian':, THE
Recent Posts
We and our partners use cookies on this site to improve our service, perform analytics, personalize advertising, measure advertising performance, and remember website preferences.Ok