Three competitors down, seven to go 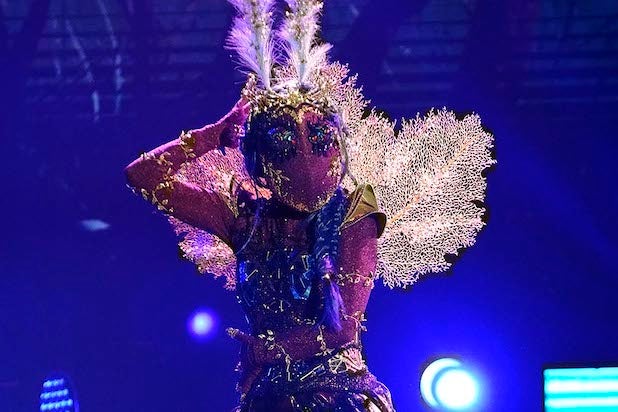 (Warning: This post contains spoilers for Wednesday’s “The Masked Dancer.”)

Fox’s “The Masked Dancer” unmasked its third contestant on Wednesday’s episode of the “Masked Singer” spinoff series, revealing the identity of the Moth.

During the episode, the remaining Group B contestants — Zebra, Moth, Cotton Candy and Sloth — returned to give their second performances in hopes of landing one of the three slots available to them in the Super Six round, where they will go up against the top competitors from Group A.

After those four contestants performed, it was time for panelists Ken Jeong (a “Masked Singer” judge pulling double duty on “Dancer”), Paula Abdul, Brian Austin Green (a former “Singer” contestant himself), Ashley Tisdale and guest judge Cheryl Hines to vote for their favorites and, in doing so, determine the weakest performer.

The contestant who came out on bottom was the Moth, who did a tango to Michael Bublé’s “Sway.” She was unmasked and revealed to be Elizabeth Smart. While Green correctly guessed Smart was the Moth, incorrect guesses thrown out by the judges included Karlie Kloss, Omarosa Manigault Newman, Megyn Kelly, Kathy Griffin and Jewel.

Following the unmaskings of Smart’s Moth, Bill Nye’s Ice Cube and Ice-T’s Disco Ball, seven masked dancers remain. Whoever is left standing by the finale will take home “The Masked Dancer’s” grand prize: the Diamond Mask Trophy, which is an upgrade from “The Masked Singer’s” Golden Mask Trophy.

Next week, Group A contestants Hammerheard, Tulip, Exotic Bird and Cricket will return to duke it out for their own chance at spots in the Super Six round.

“The Masked Dancer” airs Wednesdays at 8/7c on Fox.

Tags: Dancer', Masked, THE
Recent Posts
We and our partners use cookies on this site to improve our service, perform analytics, personalize advertising, measure advertising performance, and remember website preferences.Ok