The Masked Singer: Sausage sings ‘I Will Survive’

Sausage has convinced The Masked Singer judges and viewers at home they are a trained singer following their stellar renditions of Skin by Rag’n’Bone man as well as And I Am Telling You I’m Not Going from the Dreamgirls musical, to name but a few. Since their first performance over a month ago, they have dropped subtle clues about their identity within their introduction packages and their costume. Depicting the teasers in more depth, fans of the hit ITV show are now sure the celebrity taking part in singer-songwriter and actress, Joss Stone, 33.

It comes after viewers took to Reddit to match the clues already given to various celebrities.

As one fan tried to suggest star of stage and screen Sheridan Smith, 39, was competing, another linked the clues to Joss and one about a horse stands out in particular.

This was referenced before Sausage’s third performance, where they told the panel: “The joy of this mask is that you’re totally trying to guess what I look like.

“I’ll be honest with you – someone once said I look like a horse. I do enjoy hiding my face behind this mask, although it’s not the first time I’ve made sure you can’t see my face in my work.”

Poseidon7296 wrote: “Joss plays Anne of Cleaves on The Tudors and Henry VIII says she looks like a horse.” 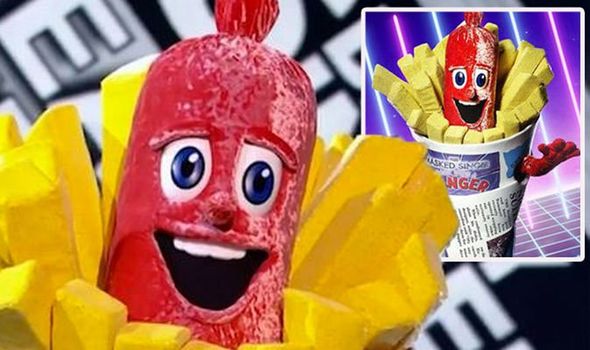 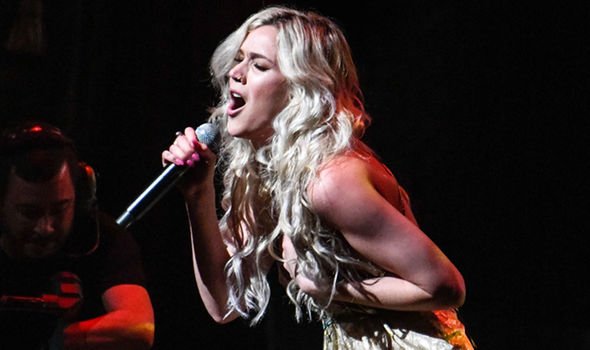 They continued about another horse-related puzzle piece: “The clue about Legally Blonde could be the lie and the truth is that she owes her career to a horse because Joss Stone had to sell a horse I believe to start her singing career.”

Joss also had an unfortunate incident with a horse when she met Queen Elizabeth II at the monarch’s Diamond Jubilee celebrations.

Speaking about the event on the A Cuppa Happy podcast, the singer-songwriter explained how she had to walk through “piles and piles” of horse manure.

The performer then had to curtsey to Her Majesty “with my feet literally in horse s**t,” the mother-of-one added. 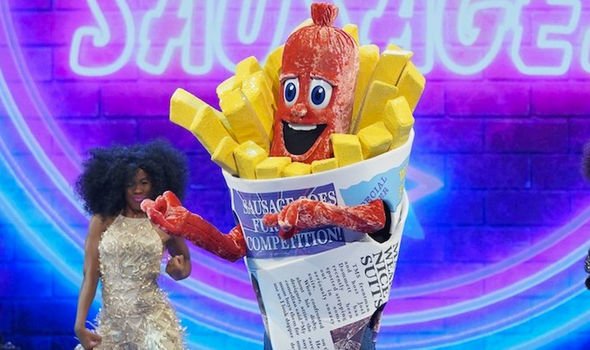 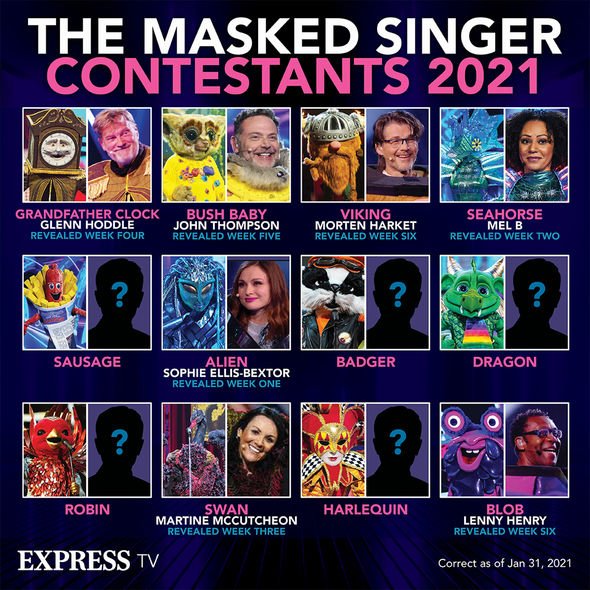 “And I just do this cute little curtsey and nothing was said. No hello, nothing. She just moved on,” Joss commented.

With so many connections to horses, it could be possible the mother-of-one is taking part as a contestant on the show.

Viewers will have to wait a little longer to officially discover who is hiding inside the Sausage costume by the same fan also noticed how other clues link to Joss.

Referencing the teasers Sausage has said about themselves, they added: “Joss is vegetarian and has been for years. Joss had a tour that took her to every country in the world.

“Two of her songs were played in Two Pints of Lager and a Packet of Crisps. She’s also performed in Blackpool many times,” they added.

“Also the clues to Dover sole, Joss is from Dover and is known for soul music,” the eagle-eyed fan noted on the micro-blogging site.

However, they also commented: “The issue is every clue perfectly could fit both Sheridan Smith or Joss Stone.

“So I’m torn between them. I just think Sheridan is too obvious based on the clues and Joss is going to be the real celebrity.”

This weekend, Sausage will go up against several other contestants in the semi-finals as they all fight to keep their real identities hidden.

Dragon, Badger, Harlequin and Robin are all still competing alongside Sausage but two more of them will be sent home before next weekend’s final.

Unfortunately, two characters who won’t be featuring in the latter stages of the competition are Viking and Blob.

A-ha frontman Morten Harket, 61, was unmasked as the Norwegian-inspired character last weekend with comedian Lenny Henry, 65, as the quirky and colourful Blob.

The Masked Singer airs tonight at 7pm on ITV.