If you’ve heard about the casting process creator David Chase went through on The Sopranos, you know that a few of the roles involved lengthy searches. The list included the part of Corrado “Junior” Soprano, eventually nailed down by the great Dominic Chianese.

Finding Tony Soprano wasn’t easy, either. After brief discussions about trying out Chazz Palminteri, Chase and producers had Steven Van Zandt, Michael Rispoli, and James Gandolfini read. And, perfect as he was for the part, Gandolfini didn’t make it easy on Chase.

But nothing compared with the search for Livia Soprano, the truly essential season 1 character. Chase described the process of finding a Livia as “agony,” but when he finally saw Nancy Marchand’s audition he knew it had been worth the wait.

Chase wasn’t the only one who thought he’d nailed the casting of a part he had based on his own mother, Norma. When Chase’s family members saw Marchand play the character, they thought they’d seen a ghost. 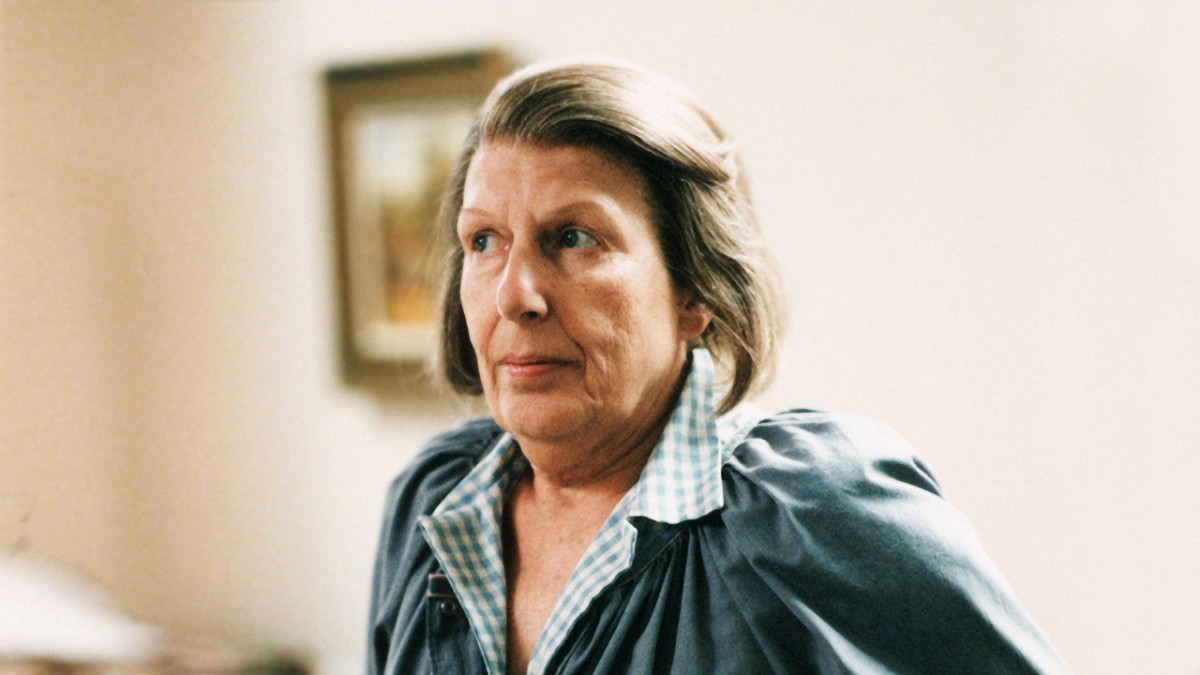 On the Talking Sopranos podcast, Chase relived some of the casting process — and the problems he had with the actresses reading for Livia. “They all did this crazy Italian mamma thing,” Chase said. “[exaggerated Italian-American accent] Whaaat? Whaaat are you doo-ing?”

When Marchand finally came in to read, she approached the character in a completely different way. “She was breathing really heavily when she came into the office,” Chase recalled. “I looked at her and said, ‘Oh my God, that’s my mother! She’s channeling my mother!’ It was unbelievable.”

Chase said Marchand hadn’t just understood the soul of the character; she also had the details down pat. “The cadence, the attitude … oh, Jesus, God,” Chase recalled thinking. And when season 1 hit the air, his family had no doubts about whom they were seeing.

“All my family went nuts when they saw it,” Chase said on Talking Sopranos. “Right away. ‘That’s Aunt Norma!’ That was just all her.” Chase and his family soon learned most others agreed Marchand embodied her character exquisitely.

The Sopranos became a sensation right from season 1, and Marchand’s performance was a big reason why. When Golden Globes voters picked their Best Performance by an Actress in a Supporting Role for TV in 2000, Marchand was the one they chose. (She also received an Emmy nod.)

Marchand apparently had a great sense of humor about the character she was playing — and how close the character was to Chase. The Sopranos creator recalled a time when Marchand mentioned something about the matter to his wife.

“At one point, [Marchand] said to Denise, ‘I trust that this creature I’m playing is deceased?’” Chase recalled with a laugh. Though Marchand passed away following production of season 2, she left audiences with performances that will be watched as long as people enjoy TV.

Tags: The Sopranos, tv
Recent Posts
We and our partners use cookies on this site to improve our service, perform analytics, personalize advertising, measure advertising performance, and remember website preferences.Ok