“Love Island USA” is the spicy reality series that sees 12 singles head to a paradisiacal island to find love by coupling up and potentially winning a cash prize. Last season, due to the COVID-19 pandemic, the show was displaced from the usual dreamy island location and instead shifted to the Las Vegas Strip, per Screen Rant. Season 3 was back to business as usual with the islanders heading to Hilo, Hawaii, and the picturesque locale only seemed to add fuel to the chemistry between the cast members. Cashay Proudfoot and Isaiah Harmison coupled up and swapped a passionate on-screen kiss that had fans buzzing, per Cosmopolitan. Many noted that this season of “Love Island USA” was much steamier than its U.K. counterpart.

The show’s host, Arielle Vandenberg, believes this crop of islanders came in with the right mindset to find a potential match. “Everyone is open to finding the right person,” Vandenberg told Women’s Health. She said all 12 contestants were “staying true to themselves and are open to learn about themselves.” Even after being paired up, the contestants kept their options open to possibly connecting with another mate. Trina Njoroge was coupled with Jeremy Hershberg at the onset of the season, and she was more than happy to wind up with Jeremy. “He’s everything; he looks like a Ken doll. He has a great personality,” she told the other women.

Keep reading to find out more about Trina.

She is a beauty queen and much more 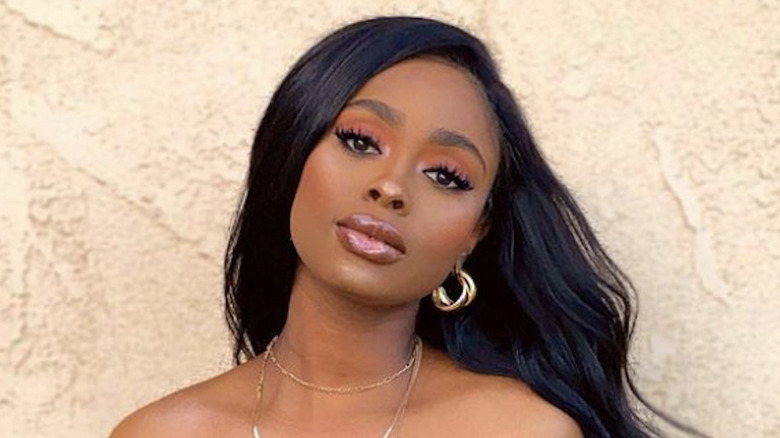 Trina Njoroge is a model and pageant queen, but her main job is working as a psychiatric nurse. She believes working in this field has prepared her for finding a potential partner on “Love Island USA.” “I’m a psychiatric nurse and I can spot the red flags from miles away,” she said in her intro video.

Trina is a self-described mental health advocate who is passionate about her job. In 2020, she posted a Q&A video on her YouTube channel and revealed she works at a state hospital but had greater ambitions for her career. “What I am going to do is open multiple residential homes for people that are in crisis,” Trina said. Her work as a psychiatric nurse has been rewarding in multiple ways. “For me that’s a huge passion. Going to work every day knowing I’m going to change somebody’s life,” she said on YouTube.

The “Love Island USA” star’s Instagram page is overflowing with stunning modeling shots. Trina lives in Los Angeles, Calif. and according to her bio, she took home the crown of Miss Hacienda Heights 2020. Her parents were both originally from Kenya, and she won the Face of Kenya USA pageant in 2015. During the competition, Trina mentioned that Kenyan actor Lupita Nyong’o was a source of inspiration. “[Y]ou can be black in America and still emerge from the receding cloud of racism and discrimination to achieve your dreams and aspirations,” she said, via Face of Kenya.