The Walking Dead tease final season of the show

The season 10 finale of The Walking Dead is coming to AMC this Sunday. Focusing on Negan and Lucille, as played by Jeffrey Dean Morgan and his real-life wife Hilarie Burton, the episode will focus on the backstory of the show’s main villain. The backstory episode titled Here is Negan, like the comic book story it’s based on, will show viewers what made Negan the man he is now.

While waiting for the finale to drop, some fans have been going back to previous seasons and spotted certain mistakes they didn’t previously notice.

One of the latest ones to be found was in season four, episode 12 titled Still, which first aired in 2014.

The pair just fled the prison together where the rest of the show’s main characters were still at. 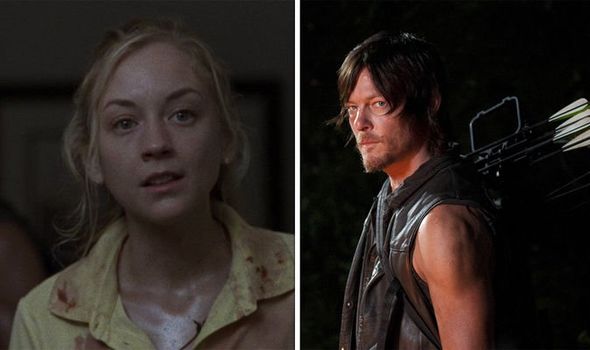 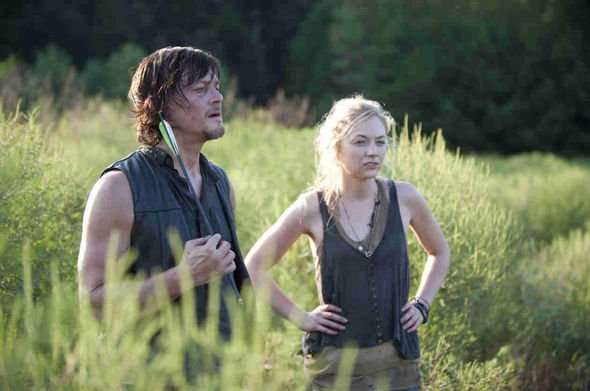 They are travelling through the woods in search of shelter when Beth makes a confession to Daryl.

Now that her dad Hershel (Scott Wilson) is gone she wants to have her first sip of alcohol since that is something her father never allowed her.

Daryl doesn’t respond as it’s not his place to make such allowances, to which Beth storms off.

But when she runs into a group of walkers, Daryl has to go back and rescue her. 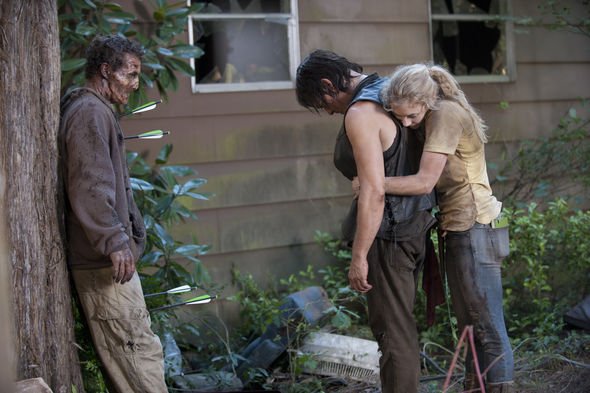 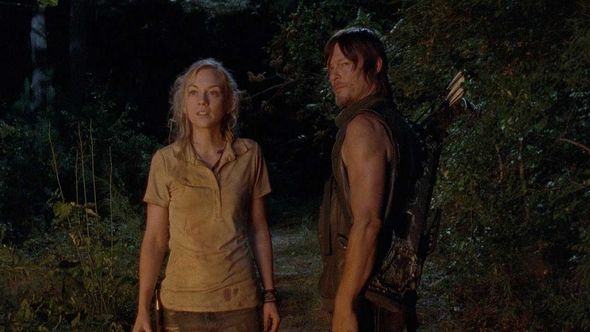 As they travel, they find an abandoned golf club where, after cleaning it of walkers, Beth finds a half-empty bottle of peach schnapps.

The pair then heads towards a rundown house that Daryl had previously found with Michonne (Danai Gurira).

Daryl brings out a case of moonshine and while he initially doesn’t want to drink, Beth tricks him into it through a game of never have I ever.

While everywhere they went, the two encountered walkers they had to kill, their appearance throughout the episode didn’t seem to mirror that.

“In the golf club, Beth is wearing her new yellow t-shirt and white cardigan. Daryl hits walker blood all over her cardigan,” noticed one eagle-eyed fan.

Though “in the next scene she takes the cardigan off and the t-shirt underneath (which was covered by the cardigan) has blood all over it.”

“Back in the forest after this the shirt is clean again,” they added, sharing their discovery on the forum site MovieMistakes.

Towards the end of the episode, while still intoxicated, the two argue and Daryl breaks down believing himself responsible for Hershel’s death as he had failed to kill The Governor (David Morrissey) when he had a chance.

Beth hugs him and gives him the confidence he needs to keep going, telling him that he needs to put his past behind him or it will kill him.

Together they agree to burn down the house as a figurative way to move forward.

They watch from a distance as the house goes up in flames, both laughing and flipping off the house before turning away and leaving.