Iris (played by Aliyah Royale) and sister Hope (Alexa Monsour) have emerged as two of the leading and most intriguing figures in The Walking Dead: World Beyond, in no small part down to the actors’ portrayals. Joined by fellow youngsters Elton (Nicolas Cantu) and Silas (Hal Cumpston), the quartet has decided to tackle the world of the dead in the search for answers having grown up in a closed-off and safe community with other survivors. And while the AMC spin-off has focussed on the teens, there is one man who fans are desperate to see: Rick Grimes (Andrew Lincoln).

Rick hasn’t been seen in The Walking Dead universe ever since his dramatic exit from the flagship series in season nine.

However, TWD fans are well aware he’s alive and well thanks to the fact he’s penned to appear in a series of spin-off films.

Following World Beyond’s premiere, however, the rumour mill went into overdrive tipping he could pop up in the AMC spin-off.

And there appeared to be plenty fo evidence to support his return to the TWD universe, with a post-credits scene hinting at his arrival. 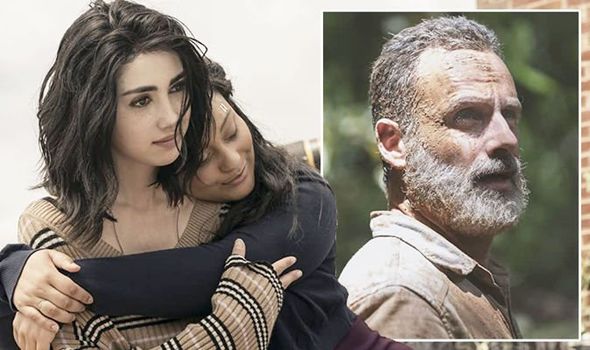 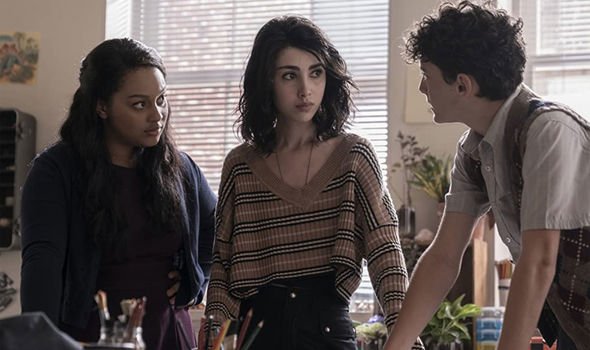 Not only that, but some eagle-eyed fans had spotted Lincoln had been credited with an appearance in the season one finale on popular movie database IMDb.

However, a spokesperson for AMC did tell Variety the inclusion of Lincoln in episode 10 wasn’t true.

With so many mixed messages and theories hinting at Rick’s arrival, Express.co.uk asked Iris star Royale if she could shed any more light on the situation.

“Absolutely not,” Royale replied as she laughed off the question. ”No, that is the one Easter egg, the one thing that I could never open up about.” 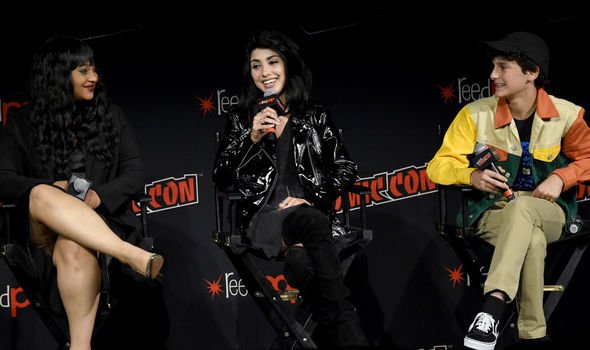 However, Royale did hint that she and the rest of the cast were excited to see Rick return – although didn’t clarify if it would be in World Beyond.

“You know, you gotta keep watching,” Royale teased. “He’s King of The Walking Dead, a fan-favourite,

“And we look forward to his appearance as well, you know.”

So if fans “keep watching”, could they be expecting Rick to show his face in the AMC spin-off?

While a return to TWD by the end of World Beyond season one continues to remain shrouded in secrecy, Royale also revealed the debut run will end with a cliffhanger.

With World Beyond only billed for a two-season run, Express.co.uk asked Royale if she knew how the show would end.

Royale replied: “First of all, just based on the way season one ends, to me, the amount of open-ended questions, every one was overwhelming, to say the least,

“We are great at the cliffhangers, we do really well with that.”

The Iris star continued: “Season two, I definitely think there will be some satisfaction,

“But it’s definitely going to be like open for the characters to do even more and to go on other journeys.

“There’s a lot of stories that still need to be told, you know. Wherever those go, we’re blessed.”

The Walking Dead: World Beyond continues every Friday on Amazon Prime in the UK and Sundays on AMC in the USA.