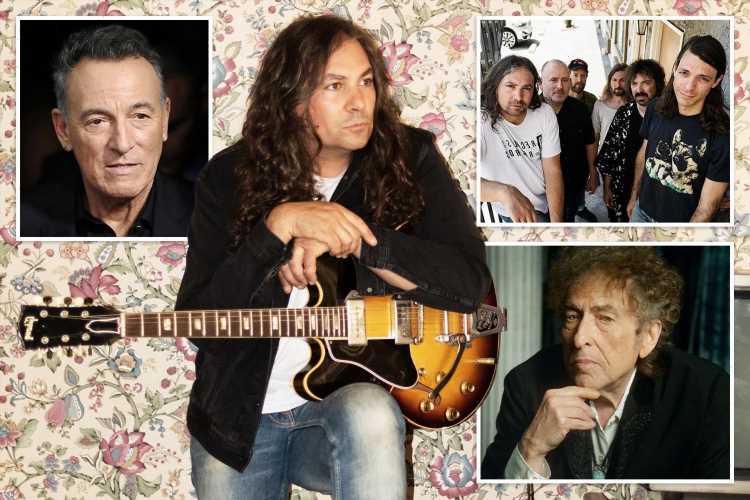 BY his own admission, The War On Drugs’ Adam Granduciel is a restless soul.

Just listen to his hypnotic, widescreen rock to find him conjuring up sonic trips down endless American highways. 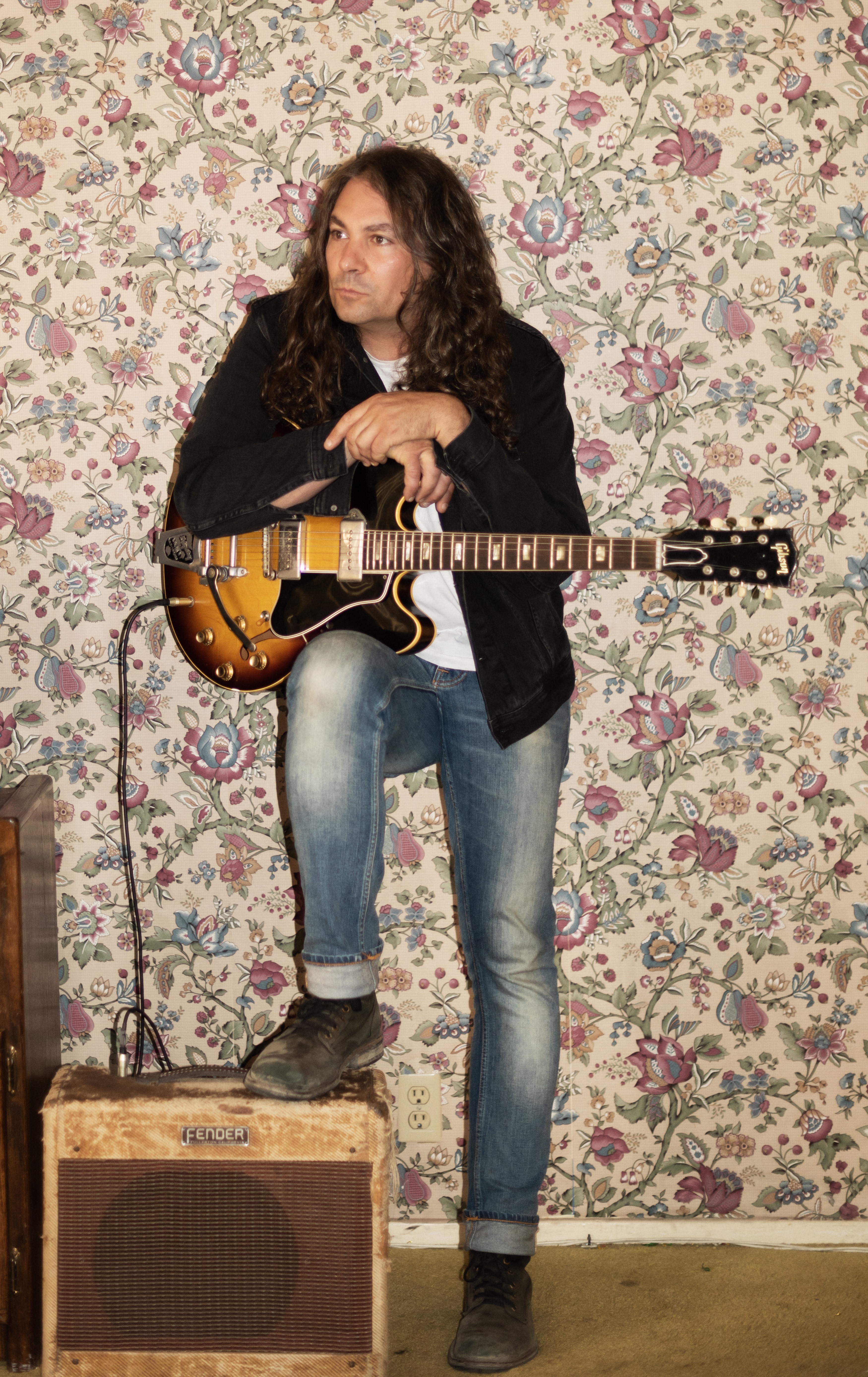 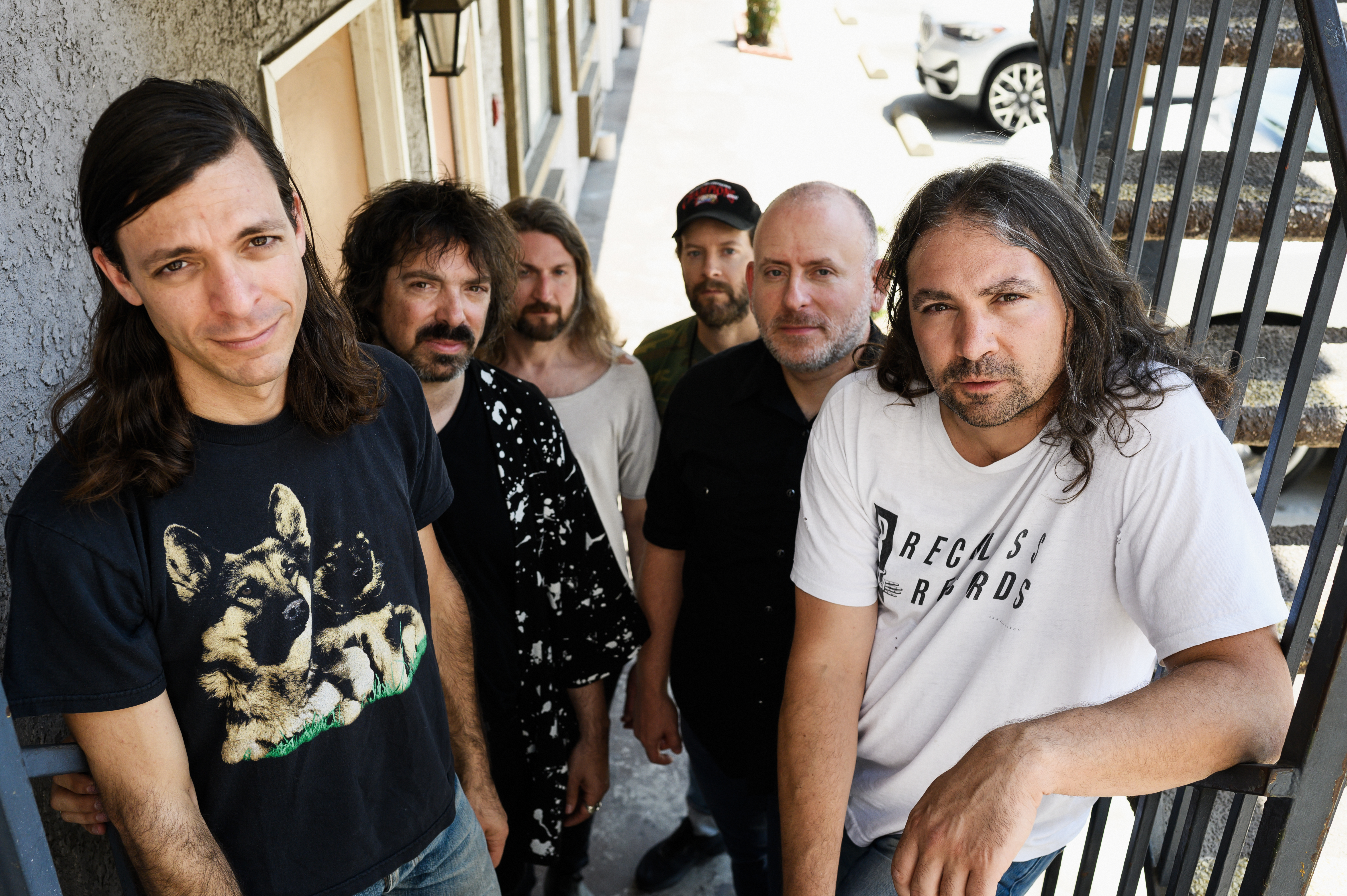 If Granduciel draws on two acts obsessed with the open road — Bruce Springsteen (Drive All Night) and Kraftwerk (Autobahn) — his shimmering soundscapes, underpinned by insistent beats, occupy a space and time all their own.

I tell him he is the living embodiment of a line from Tangled Up In Blue, by another artist he admires: Bob Dylan.

“The only thing I knew how to do was to keep on keepin’ on like a bird that flew.”

Considering that thought (via the customary Zoom), he enthuses about Tangled Up In Blue itself: “I can unequivocally say that it’s my favourite Dylan song.

“I read recently that he wrote it after listening to Joni Mitchell’s (1971 album) Blue.”

Granduciel accepts being called “a bird that flew” and says: “Yes, there is a restlessness at the heart of this person who wanted a creative life in music.”

The anthemic title track of The War On Drugs’ fifth album, I Don’t Live Here Anymore, further confirms his refusal to stand still.

Like much of the album, recorded in seven studios over three Covid-interrupted years, the song reveals lyrics more personal than previous efforts, with a greater emphasis on the vocals.

‘In turmoil, broken, in the woods too long’

You can hear Granduciel dredging up recollections of his younger self through an abstract fever dream.

He calls it “free association” and he borrows Dylan’s expression “a creature void of form” from a different Blood On The Tracks song, Shelter From The Storm.

“It’s such a fantastic way to describe somebody who feels nothing,” Granduciel says.

“Somebody who is emotionally in turmoil and broken down . . . as if he’s been out in the woods too long.”

In the second verse, he actually namechecks His Bobness when he sings: “I guess my memories run wild/ Like when we went to see Bob Dylan/ We danced to Desolation Row.”

Clearly it takes a certain person to bop around to an 11-minute dystopian ballad populated by a bunch of disparate, desperate characters including the Phantom Of The Opera, Dr Filth and Einstein disguised as Robin Hood. 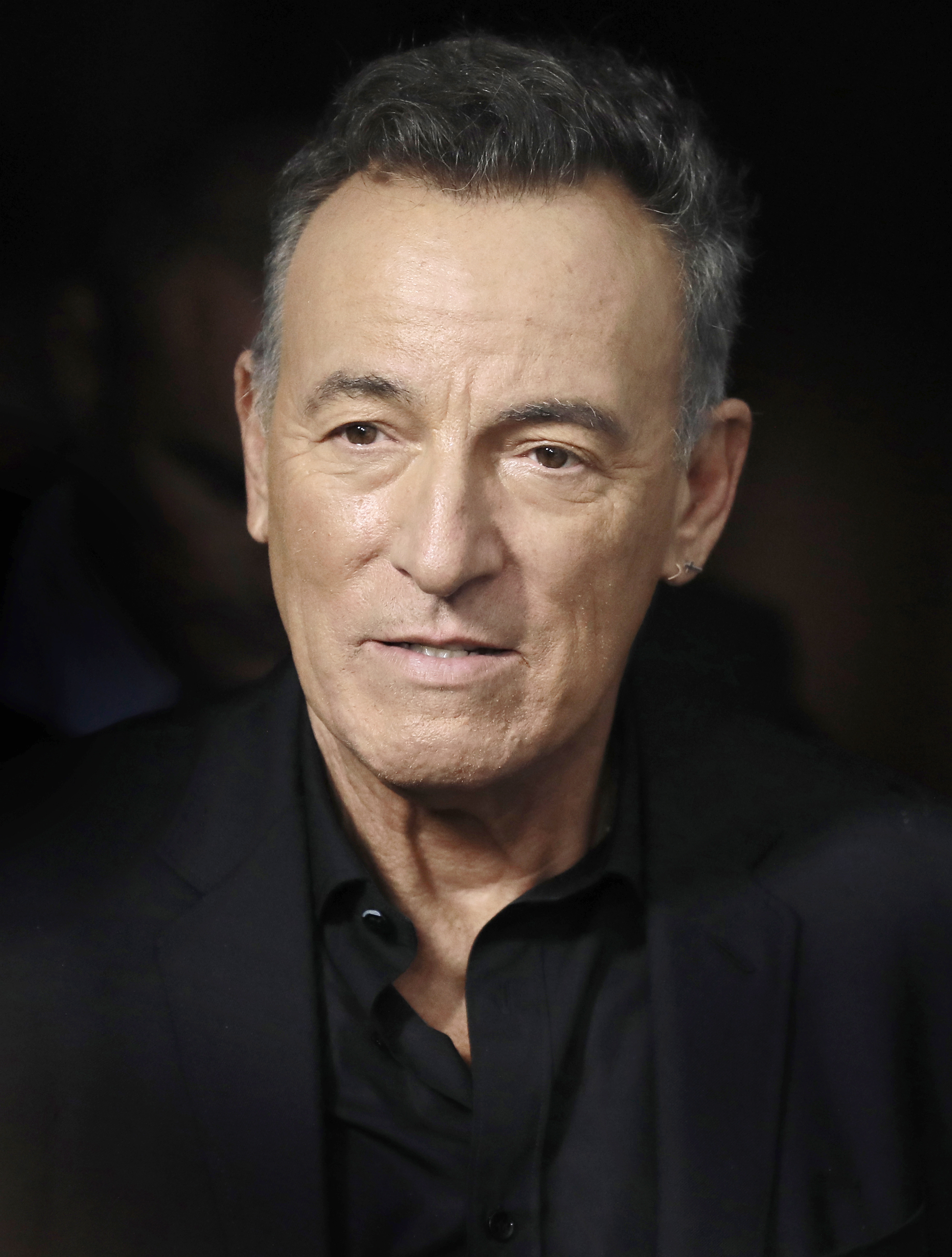 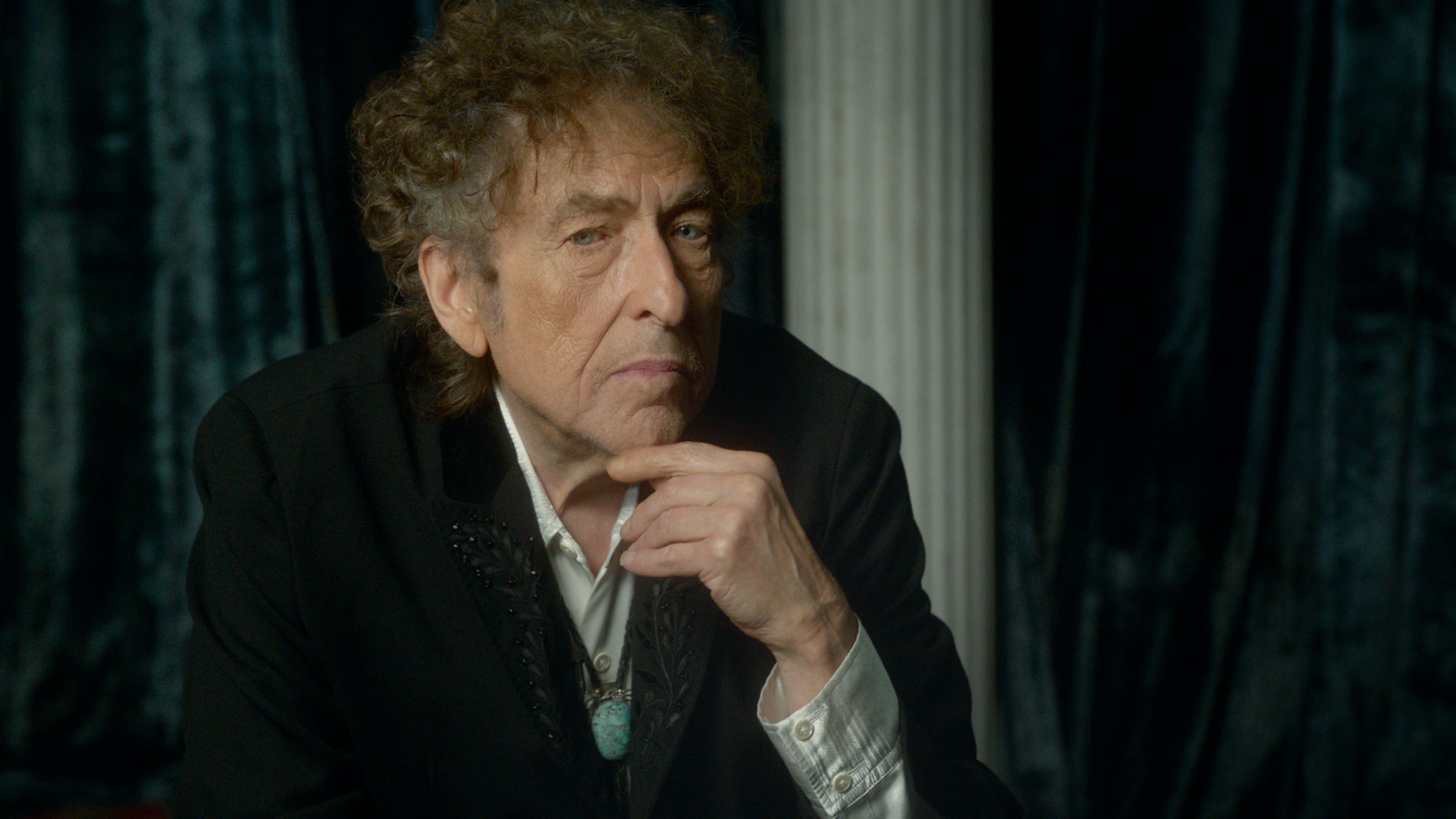 But Granduciel explains: “I was just sitting there, working on my song, thinking about all the times I saw Dylan and who I saw him with. Every time was really intense, even if I was by myself.

“Those are real memories, you know? Why throw them away because I make references to my favourite songwriter?”

The War On Drugs have come along way, on a steady upward trajectory, since forming in 2005 in Philadephia, when they featured another guitar-toting groover, Kurt Vile.

Since Vile left after 2008 album Wagonwheel Blues, Granduciel has been on a roll with three highly acclaimed LPs — Slave Ambient (2011), Lost In The Dream (2014) and major-label debut A Deeper Understanding, which won a 2018 Grammy for Best Rock Album.

But if you spend a little time with this consummate musician, who plays practically any instrument, you quickly realise he is not one to bask in the glory of past successes.

He is thankful to be back in the company of bandmates Dave Hartley, Robbie Bennett, Charlie Hall, Jon Natchez and Anthony LaMarca.

“I hadn’t seen any of them for 16 months because of the pandemic,” he reports. “Then we all got together in July. For the first five hours, we were rusty but it became magical again.”

‘Making music should be fun, a discovery’

On the personal front, Granduciel is in a relationship with Breaking Bad star Krysten Ritter (she played Jesse Pinkman’s lover Jane) and they have a two-year-old son called Bruce.

Granduciel became a new dad at the same time as his co-producer/engineer Shawn Everett, making both a little more grounded in their approach to life and music.

“Back in the day, I would sit on Shawn’s couch for 20 hours and we would be doing God knows what,” confesses the workaholic.

“Now it’s a case of working ’til 2am instead of 6am  even if there’s no goal in mind, like getting home for my son’s bathtime.”

That said, Granduciel describes his joy at seeing young Bruce taking part in his studio endeavours.

“Every morning, he’ll come into my little music room. I’ll have coffee and he’ll play synth or sing into the mic or strum a guitar,” he says.

“Whenever I put on (pulsing new song) Harmonia’s Dream and the drums kick in, he always starts doing his own drum thing.

“Being able to watch all this through a two-year-old shows me that making music should be fun and a discovery.”

Talk of Bruce begs the obvious question, of course. Is he named after Springsteen or is this a mere coincidence?

“It’s a little bit of both,” admits Granduciel. “It’s a classic masculine name rooted in something older.

“We weren’t sure about it but when he was born, we were like, ‘Oh, he’s definitely a Bruce!’ It’s a match made in heaven.”

Granduciel is still pinching himself about the night he attended Springsteen’s one-man Broadway show and the great man asked to meet him afterwards.

“We just went along and it was so f***ing good, a real trip,” he says. “It was inspirational to see him so open about how he grew up, very un-rock.

“Then, all of a sudden, we were invited backstage. Bruce saw me and gave me a big hug.

“I knew he was familiar with The War On Drugs, so we weren’t two people just passing in the night.

“We had an eight-minute conver-sation — and you can learn a lot from a guy like that in eight minutes!”

Granduciel was deeply affected by heartfelt acoustic renditions of Growin’ Up and My Father’s House, which deal with Springsteen’s childhood and his troubled relationship with his dad.

This may explain the creation of another War On Drugs triumph, the delicate Rings Around My Father’s Eyes, the penultimate track on I Don’t Live Here Anymore.

“Springsteen sings and writes about his life story in a continuing narrative,” says Granduciel. “Now, having a kid of my own, I wanted to open that door a little bit.

“For the song, I was thinking about what it means to be a father and a son.”

You can learn a lot from Springsteen in 8 minutes

He speaks fondly of his elderly dad Mark, who appreciates “the tight-knit community of the band and crew because they’re great, down-to-earth, humble guys”.

And he recalls the time his father was coach to his teenage soccer team “even though he didn’t know the rules — he just liked being among a group of people with a common goal”.

If Springsteen is a motivating factor for Granduciel’s more personal lyrics, then the 2011 documentary The Promise: The Making Of Darkness On The Edge Of Town is a source of “huge inspiration” to his studio craft.

He says: “All these factors are at play — the studio itself, the players, the producer, the engineer. I learned how to make the record I want to make.

“Around that time, I also read about Springsteen’s life and got so deep into him. I saw this person trying to figure it all out.”

Having considered The Boss at work with The E Street Band, Granduciel set about developing his role as group leader and gaining “good unspoken communication” with his bandmates.

He also focused on bringing clarity and economy to his song-writing, qualities very apparent on the new album.

He says: “An interviewer once said to Springsteen, ‘Oh man, Born In The USA, you say so much with two chords. For me, it’s the best two-chord song ever’.

“But he replied, ‘I wish I could have done it with one’.”

Granduciel’s love of classic American rock artists also extends to the late, great Tom Petty — who, he reminds me, said: “Don’t bore us, get to the chorus.” His last word on Springsteen is to explain why his gorgeous, pared-down, piano-led opening track, Living Proof, shares its name with a song on his hero’s 1992 album Lucky Town.

“I’ve done this before with song titles,” he says. “In the first demo of this one, the words ‘living proof’ came to me and I thought, ‘Oh, that’s a cool name’.

“I know Springsteen thought of it too — but it’s not like I named it Born To Run!

“I don’t mind admitting I’m part of the canon. I grew up listening to these people and they’re big inspirations. I don’t feel any need to hide it.”

The track in question is called Scarlet, first recorded in 1974, but now available with an intoxicating War On Drugs groove.

‘Working with Jagger was a life highlight’

“The first rock song I ever remember liking was Angie,” says Granduciel, referring to the yearning ballad with a classic Jagger vocal.

“When I got the call, I didn’t think the Stones would know about us, though. I assumed it was some inter-label thing.

“Obviously I wanted to do a good job, so I got the multi-tracks of Scarlet, did a first pass and sent it back. At the same time, I’m running Jimmy Page’s guitar through all my gear. The kid in me was losing his mind.

“So I spent 30 minutes talking to Mick Jagger! He let me know what he liked about the mix and what kind of sounds he preferred.

“We also had a laugh over me thinking (Cream drummer) Ginger Baker was on it and how bad I felt about changing the drums.”

Granduciel is delighted that Jagger was all about “trying s**t out” and adds: “Even he doesn’t have everything figured out.

“Working with him was not just a career highlight but a life highlight.” 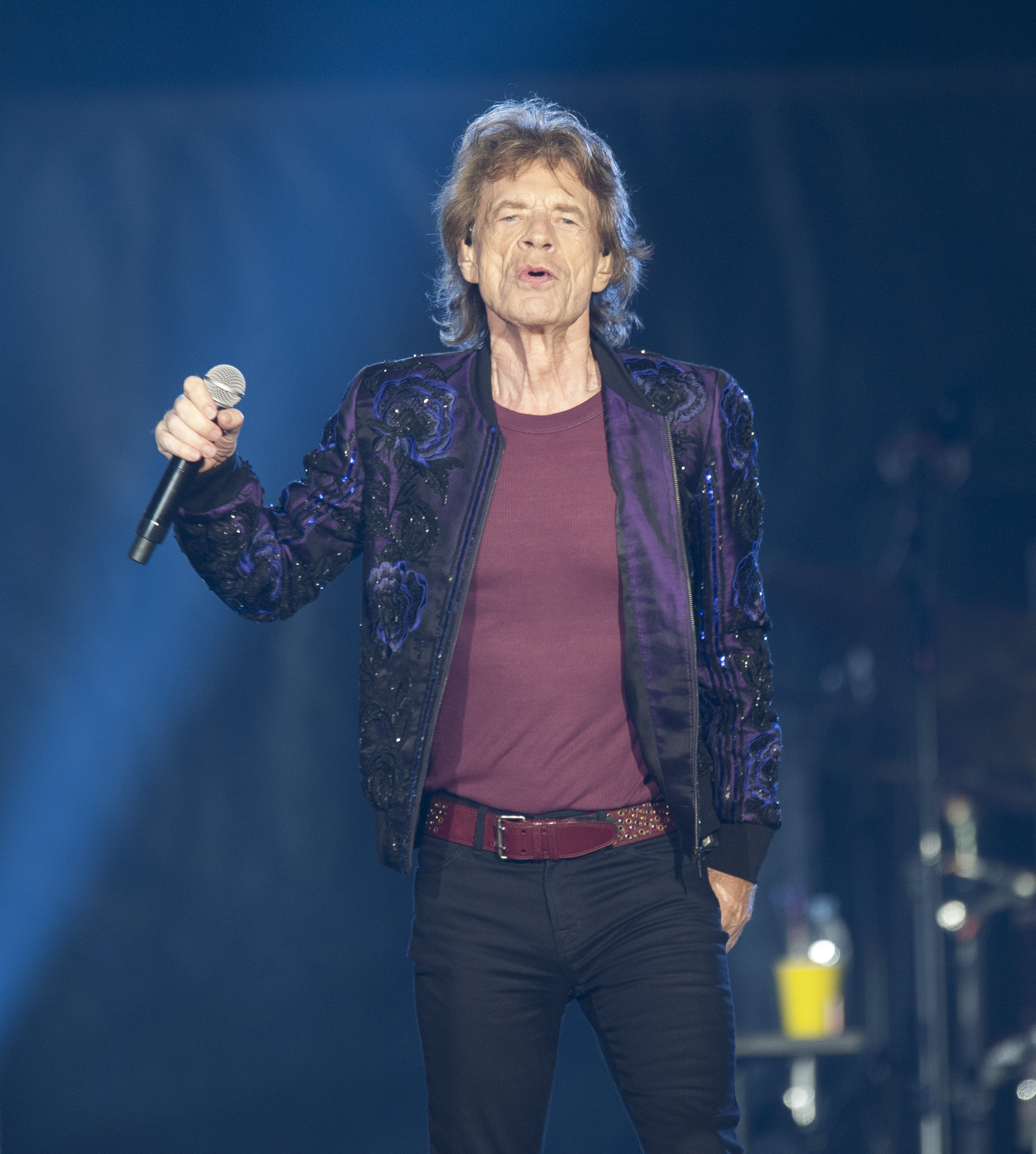 THE WAR ON DRUGS 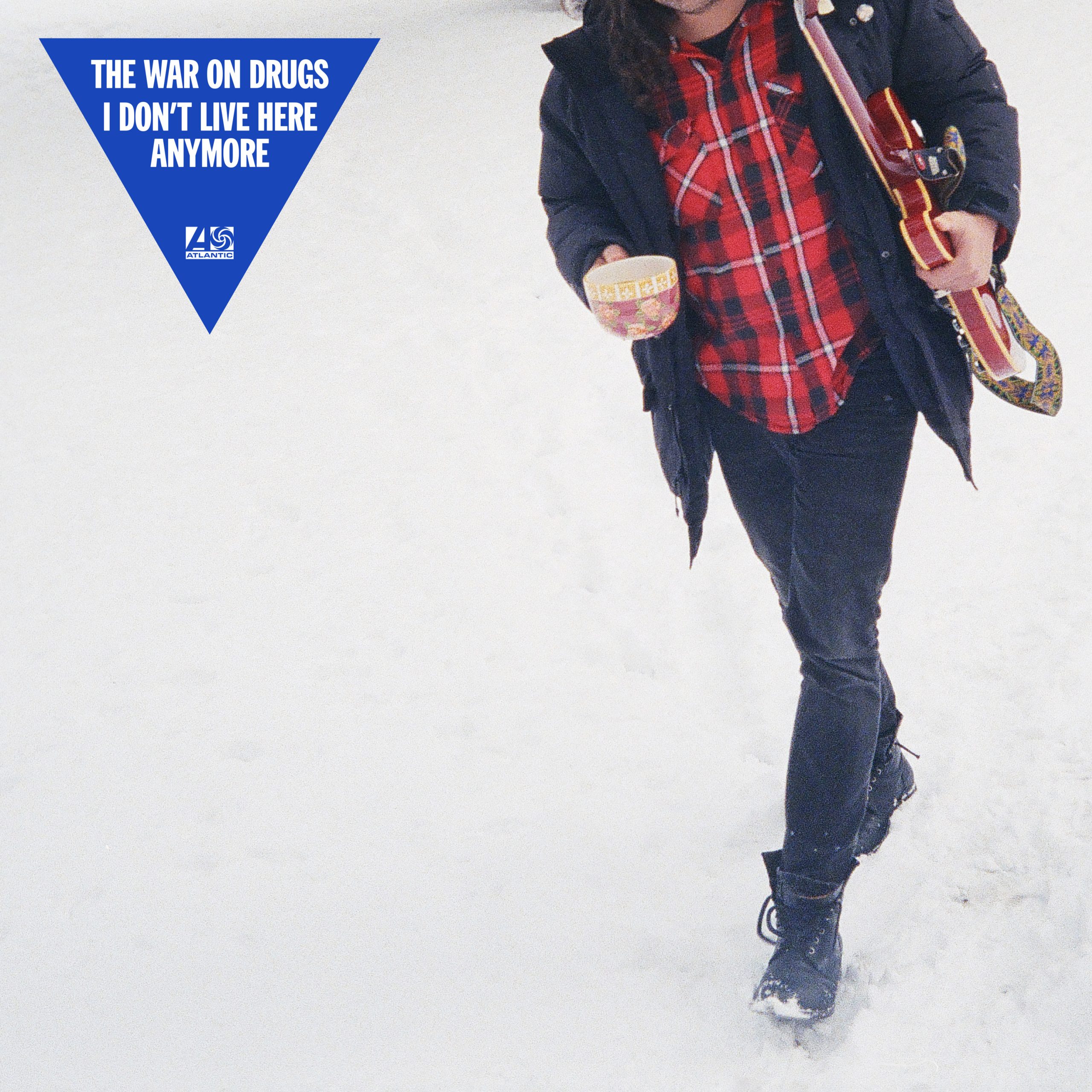 9. Rings Around My Father’s Eyes