The soaps expert was working full time as a scriptwriter, journalist and soaps expert for the ITV daytime show as well as juggling childcare for her and partner Paul’s daughter Betsey, two. 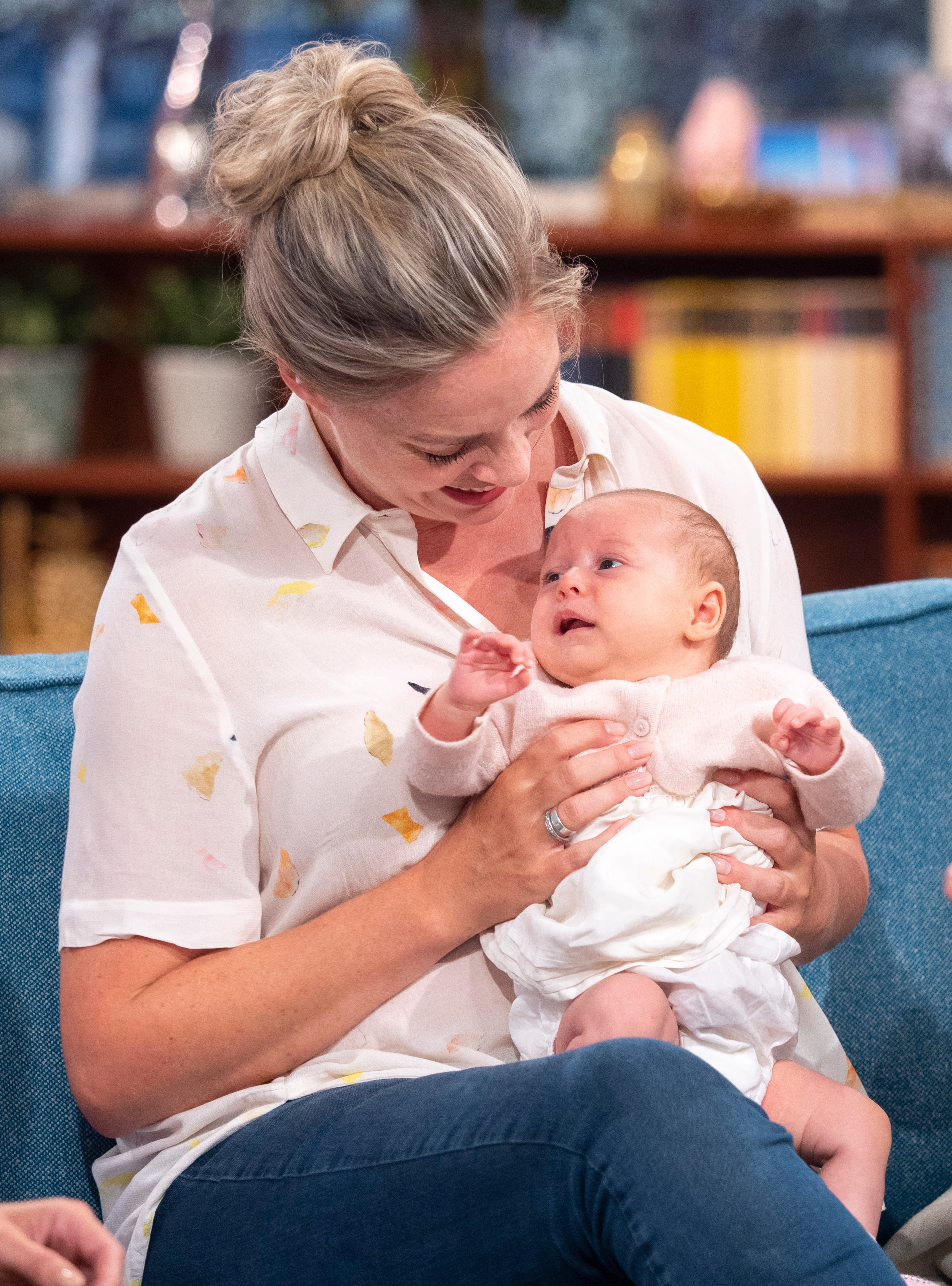 During lockdown Sharon’s adorable daughter Betsey gate-crashed a live episode of the hit ITV daytime show as they filmed from her home in West London.

Speaking exclusively to The Sun, Sharon said: “Like every family – we found it incredibly tough juggling childcare with full time work and there were few nights spent working overnight to meet deadlines, but I know I’m lucky that our brilliant production teams on both shows worked so hard to save all our jobs.

“You just grit your teeth and get on with it and count yourself lucky to still be working because so many people aren’t.

“I do apologise for my baby gatecrashing mid-live broadcast on This Morning one day though! 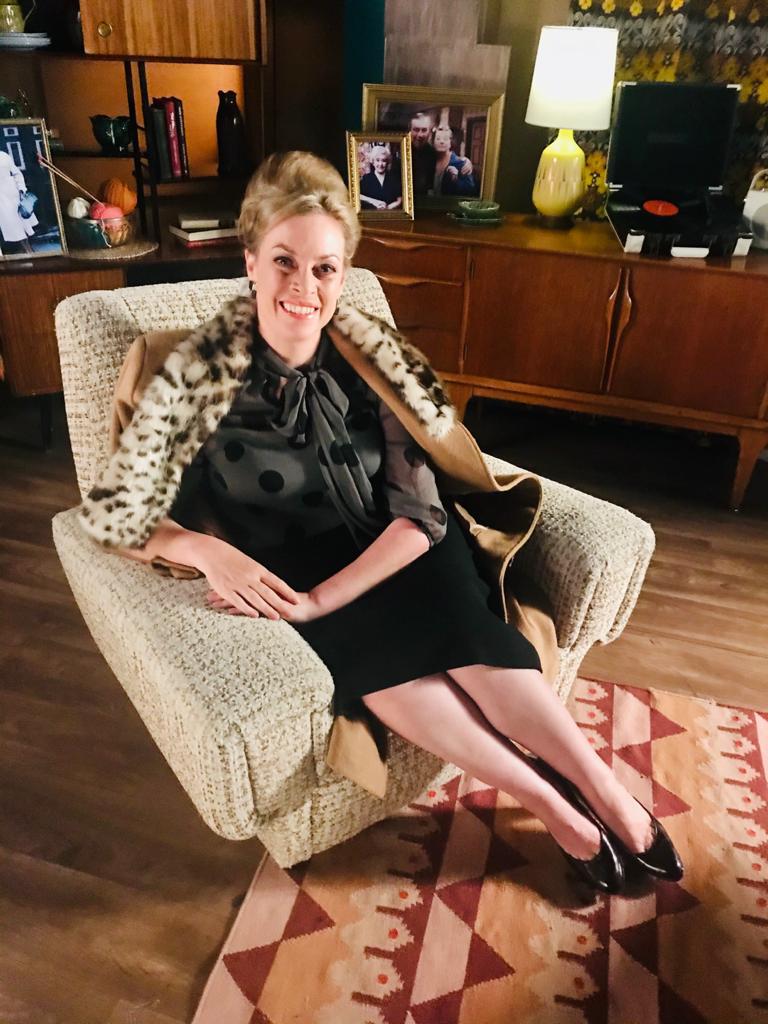 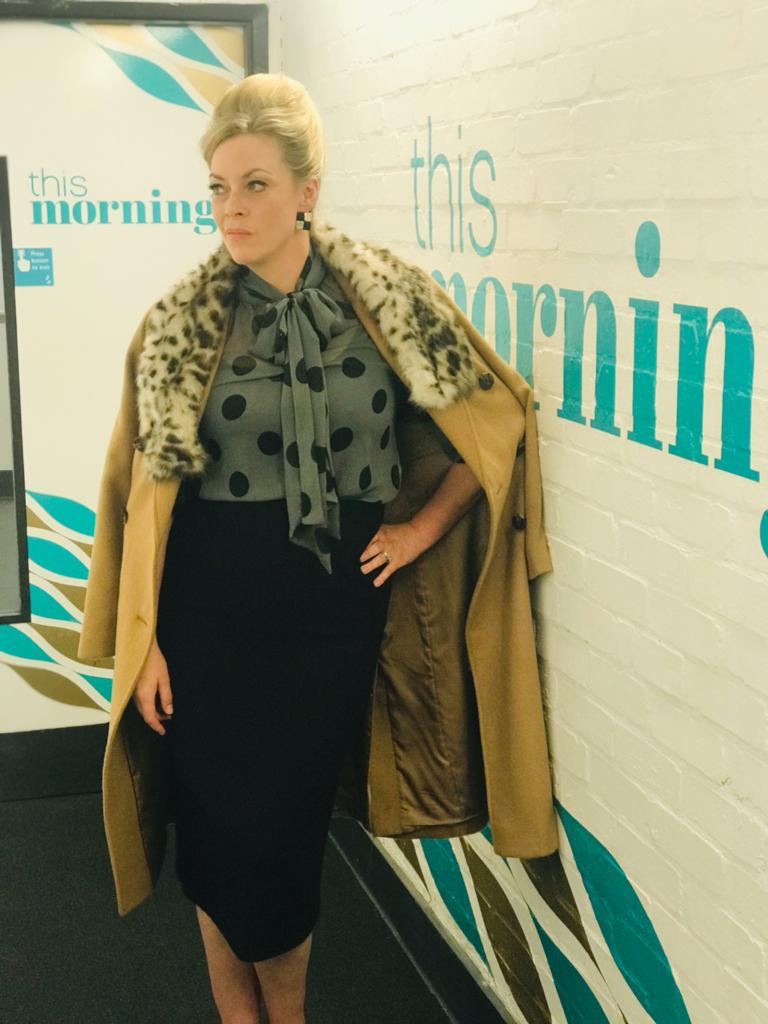 “It’s funny because Betsey came with me to the This Morning studios for the first few months of her life and displays a healthy disdain for all things showbiz.

“I have a series of photos of her with fabulously famous people and she’s glaring at every single one of them. The only person she seemed to take to was Dr Chris who plays monsters with her and chases her down the corridors…”

Soap queen Sharon, 49, is fronting a special series to celebrate Corrie’s 60th birthday that will look back at all the strong women who have appeared on the famous cobbles.

Speaking exclusively to The Sun Online, the mum-of-one, who is also a writer on Emmerdale, admits she would love nothing more than a soap crossover where the Dingle family enjoy a pint in the Rovers pub.

Sharon, 49, said: “As Coronation street celebrates its 60th anniversary we are taking a look back at the wonderful women who shaped the Street. 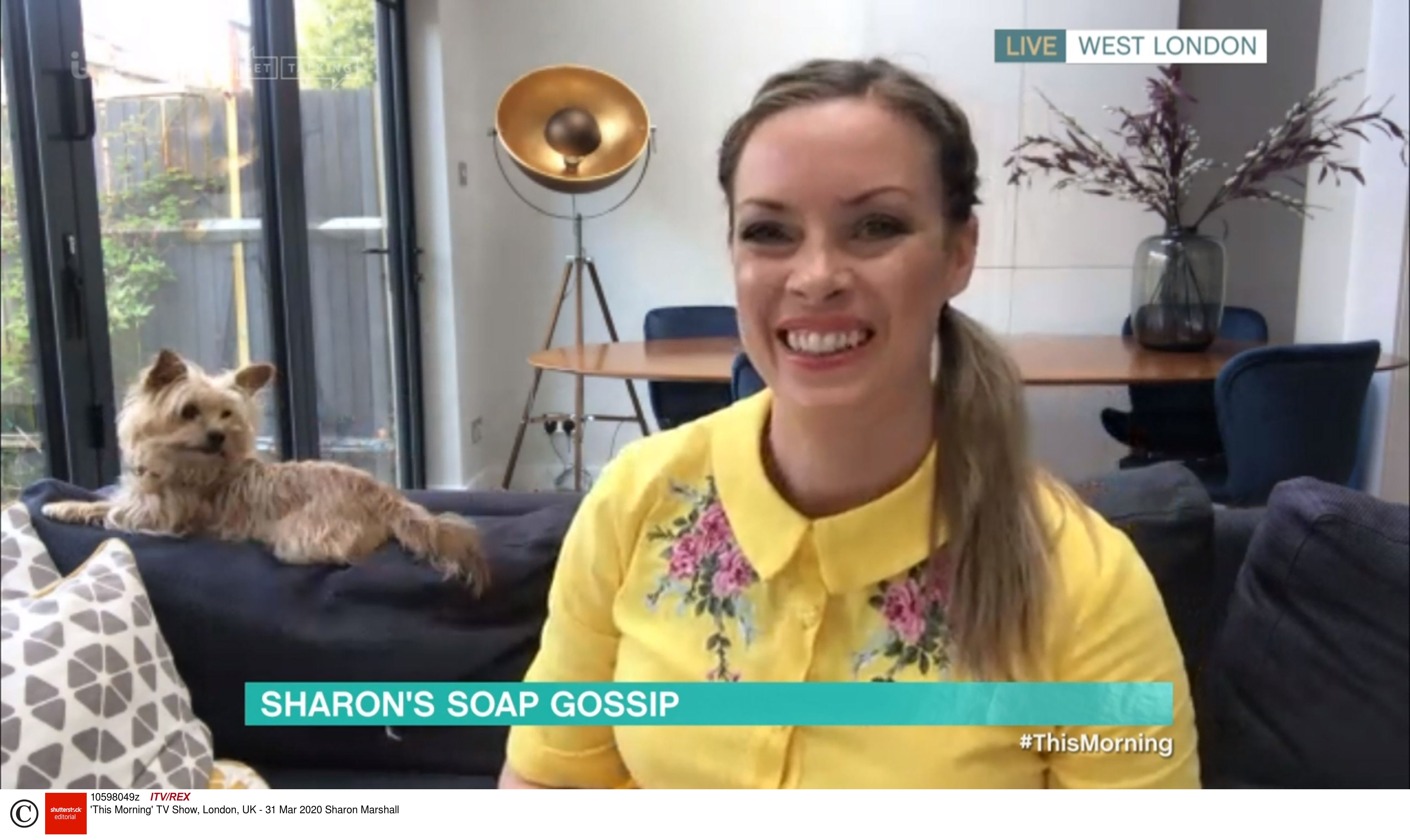 “The show’s success is often put down to the strong women who walked the cobbles, so this will be a tribute to these leading ladies of soap.

“We’ll look at their stories – look at the actors who portrayed them – and we’ll talk to current stars of the Street about their memories of working with them, and watching them.

“As a personal memory I’m lucky enough to have met some of the women I admired so much.

“I have happy memories of filming behind the scenes at Ken’s second marriage to Deirdre. Anne Kirkbride gave me a lesson in wearing thermal pants when filming in drafty churches.

“I had a dream afternoon interviewing Bill Tarmey for his autobiography when he confessed he wasn’t sure how he would live without the Street.

“I’d rather interview these actors over any Hollywood name – for me these are the people I grew up with.” 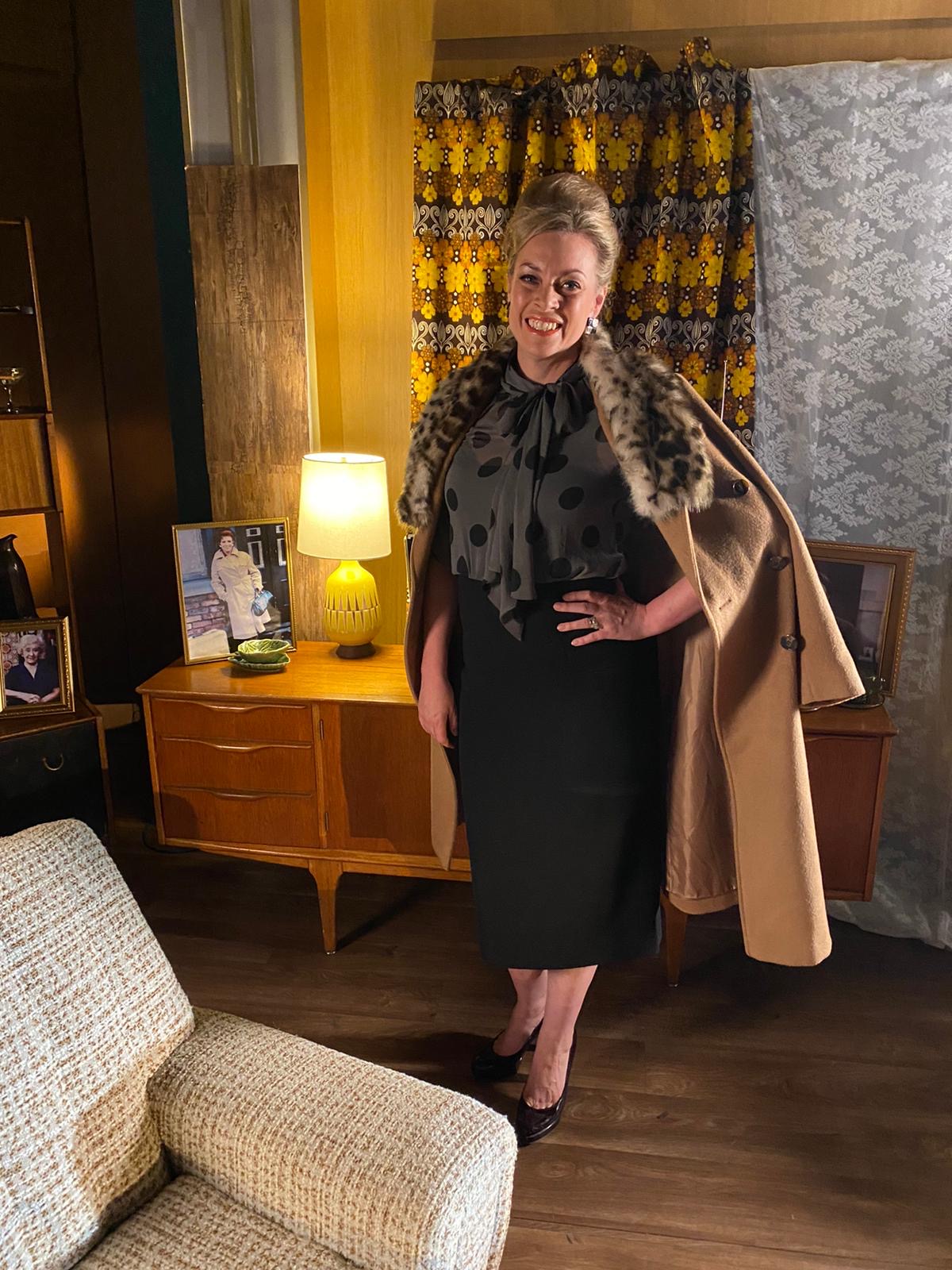 During the weekly special, Sharon will be looking at some of the female characters from Corrie’s past, Elsie Tanner, Ena Sharples, Annie Walker and Hilda Ogden.

As well as some of today’s biggest stars, with Sally Dynevor, Helen Worth, Jennie McAlpine and Ali Mardell all being interviewed.

Sharon said: “These women paved the way for real stories and real characters. Without Corrie we wouldn’t have had Emmerdale, EastEnders or Hollyoaks.

“If Tony Warren hadn’t dreamed up this Street and these women I don’t think our telly would be half as good today.”

And on that dream soap crossover, Sharon said: “I do dream of a soap crossover. I’d give anything for the Dingles to go for a pint and meet the Barlows.

“Zak would get on just grand with Kenneth Barlow. And Tracy Barlow would definitely like Cain…”

Sharon, who has daughter Betsey, two, with husband Paul Fletcher, watches more than ten hours of soap every week.

She added: “I’ve been at This morning since 2003, so that’s 17 years, and I watch over ten hours a week now so since then it’s probably going to be more than 8,000 hours of soap since I started.

“I was a TV Editor for the nationals long before This Morning and have been watching the soaps since I was a kid so you can probably add a few thousand more to that.

“It’s a lot of research but hardly a tough job to do. I owe it to the viewers to watch every episode because people love their soaps and they’ll always know if you’re faking it.”

Corrie fans can watch Sharon's Legends of the Street on This Morning starting this Thursday (26th November) at 10am.

Tags: Mar, Morning's, Sharon, This
Recent Posts
We and our partners use cookies on this site to improve our service, perform analytics, personalize advertising, measure advertising performance, and remember website preferences.Ok