Television nominees include “The Crown,” “Ted Lasso,” “The Queen’s Gambit” and “Small Axe” 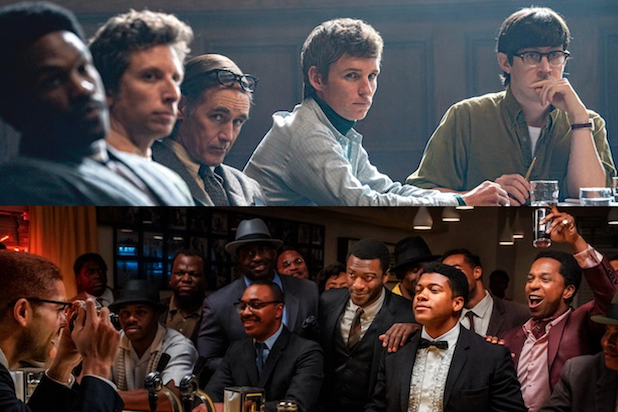 “The Trial of the Chicago 7,” “One Night in Miami,” “Da 5 Bloods,” “Ma Rainey’s Black Bottom” and “Minari” are among the top nominees from AARP The Magazine’s annual Movies for Grownups Awards, which were announced on Monday.

Aaron Sorkin’s “The Trial of the Chicago 7” and Spike Lee’s “Da 5 Bloods” led all films with six nominations in the 15 film categories, followed by Regina King’s “One Night in Miami” and George C. Wolfe’s “Ma Rainey’s Black Bottom” with five. But of those films, only “Chicago 7” and “One Night” were nominated in the top category, Best Movie for Grownups, along with “Minari,” “Nomadland” and “The United States vs. Billie Holiday.”

Other films that were conspicuously missing from the Best Movie category included David Fincher’s “Mank,” Florian Zeller’s “The Father” and Paul Greengrass’ “News of the World,” all of which were nominated in other categories.

For the first time, the awards added categories for TV and streaming programs, with the nominees including “Perry Mason,” “Ted Lasso,” “The Crown,” “Small Axe,” “Unorthodox” and “The Queen’s Gambit.”

Winners will be announced on March 4, with the awards ceremony taking place on March 28. The show will be hosted by Hoda Kotb and will be broadcast on PBS’s “Great Performances” program.

Best Picture/Best Movie for Grownups
“Minari”
“Nomadland”
“One Night in Miami”
“The Trial of the Chicago 7”
“The United States vs. Billie Holiday”

Best Time Capsule
“Ma Rainey’s Black Bottom”
“Mank”
“One Night in Miami”
“The United States vs. Billie Holiday”
“The Trial of the Chicago 7”