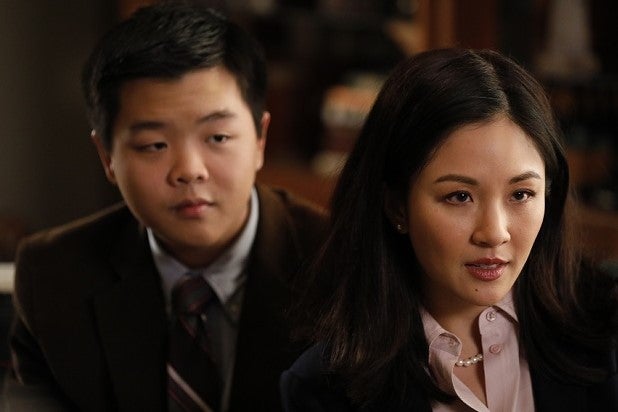 “Fresh Off the Boat” star Hudson Yang revealed Friday that he’s been accepted into Harvard University, making the dreams of his real-life parents come true by pulling off that amazing accomplishment, and probably pleasing his fictional mother, seeing as Jessica (played by Constance Wu) always wanted Eddie (Yang’s character on the ABC sitcom) to go to Harvard.

“Congratulations! I’m glad to inform you that the committee has admitted you to the Harvard class of 2025 under the Early Action program! Welcome to Harvard!” Yang said, reading off his acceptance letter to his parents in a video he shared on Twitter Friday. He captioned the tweet, “Screaming and crying. Thank you God, mom and dad. #Harvard2025.”

Again, Jessica would have been shaking here, too.

For those who don’t know — or maybe don’t remember all the way back to February, “Fresh Off the Boat” ended its six-season run with an episode that saw Eddie lose his chance to attend Harvard, despite his fantastic SAT score, when Andy Richter came to interview him — on behalf of Harvard alum Conan O’Brien — and decided Jessica was too much of a “helicopter mom” for Eddie to succeed at Harvard.

It all turned out OK in the end though, because what Eddie — like the real Eddie Huang who wrote the book on which “Fresh Off the Boat” was based — really wants is to go to culinary school. And he does, with the support of his mother and father, in the end.

Yang clearly has just as much support from his parents as his alter-ego did, as you can hear the actor’s mom shouting in his acceptance announcement video, “We did it, Jeff! We did it.”

Tags: Boat, Fresh, Off, THE, Watch
Recent Posts
We and our partners use cookies on this site to improve our service, perform analytics, personalize advertising, measure advertising performance, and remember website preferences.Ok