Discovery is the latest media company to launch its own platform with Discovery+.

Viewers can find a library full of content ranging from food shows to home improvement series to guilty pleasure, 90 Day Fiancé. As the owner of hit channels such Food Network, TLC, and HGTV, Discovery is ready to offer fans access to new and previously aired content, with the service poised to drop on Jan. 4.

While 90 Day Fiancé is a huge draw, there are other programs awaiting subscribers. Below is just a sampling of the more than 50,000 episodes of TV content available on Discovery+, which will also include 50 originals. 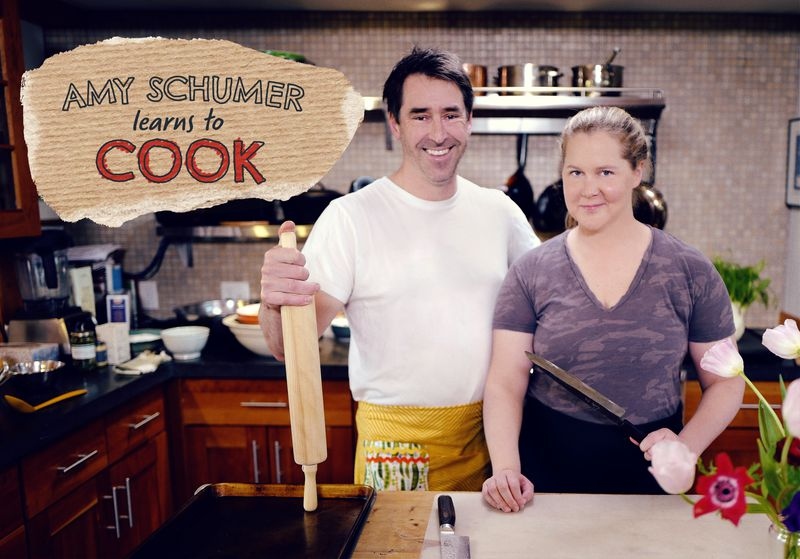 Amy Schumer Learns to Cook: Uncensored: Amy Schumer and her chef husband give viewers an unfiltered look at their cooking show.

Luda Can’t Cook: Rapper Ludacris admittedly is not skilled in the kitchen. In this series, he goes on his own cooking journey to learn how to burn — in a good way.

Cakealikes: This cake competition pits contestants in a comedic bakeoff where they have to make life-size cakes of celebrities. The show features Tregaye Fraser as the host with two main judges and guest panel who will help select winners.

Duff’s Happy Fun Bake Time: According to Discovery’s press release, this show is “headlined by Duff Goldman who, along with a cast of hilarious fantastical puppets from The Jim Henson Company, teaches the basics of cooking and how ingredients work together to create the food we love.”

Mary McCartney Serves it Up: McCartney whips up vegetarian meals for her famous friends, including Cameron Diaz, Liv Tyler, and Mark Ronson. Perhaps her dad will show up too?

Clipped: Martha Stewart is the head judge on the landscaping competition series that’s all about whimsical and sophisticated lawn sculptures.

House Hunters: Comedians on Couches Unfiltered: Viewers can join in on the House Hunters commentary and laughter with comedians Dan Levy and Natasha Leggero.

The Gaines are launching their own Magnolia Network later in 2021, but subscribers will be able to preview some of the lifestyle experts’ shows in advance on Discovery+.

Viewers can also tune in for the Gaines’ Courage to Run and Road to Launch, which represent only a slice of what the couple will be sharing on the network.

A Discovery+ subscription starts at $4.99 per month with ads and $6.99 without ads. Content from Lifetime, OWN, Discovery Channel, A&E, Animal Planet, Travel Channel, and the History Channel falls under its streaming umbrella. For those who like non-fiction fare, Discovery+ may be part of the preferred streaming lineup.

Tags: tv, tv shows
Recent Posts
We and our partners use cookies on this site to improve our service, perform analytics, personalize advertising, measure advertising performance, and remember website preferences.Ok