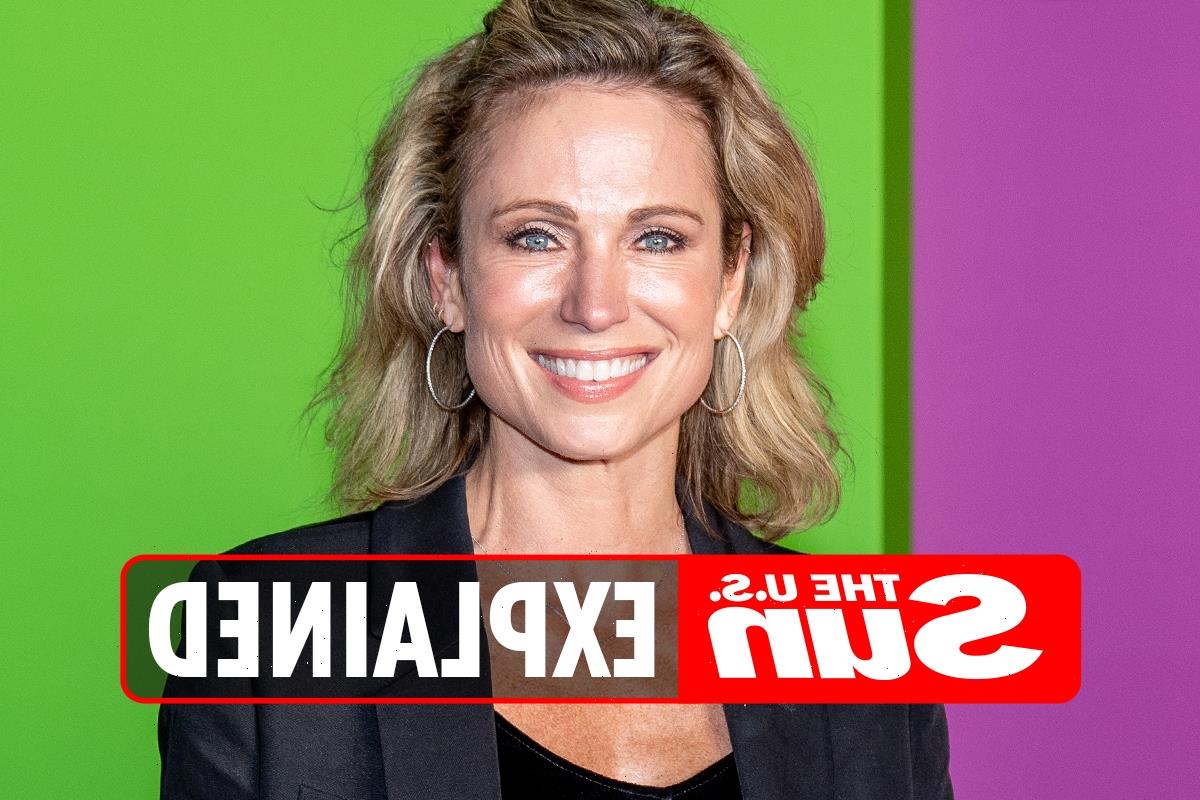 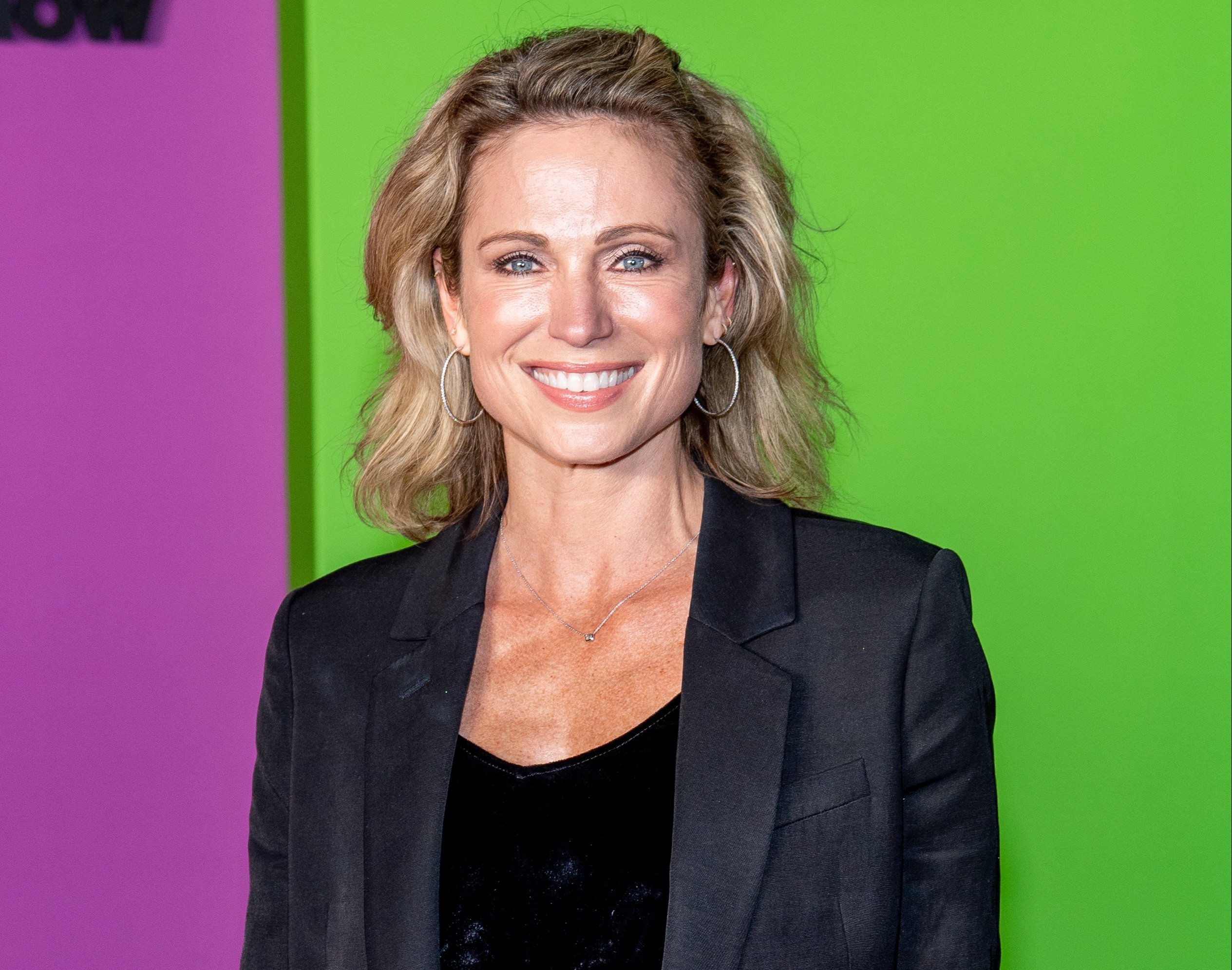 Where is GMA's Amy Robach today?

Robach was on the air when Good Morning America went live at 7am on ABC.

The breaking news reporter has been on the air all week as she sat down with Dr Jen Ashton on August 31, answering viewers’ questions about nutrition and the coronavirus.

Her September 1 outfit caught viewers' attention as the breaking news reporter showed off the impressive figure she maintains.

Robach shared a picture on Instagram of her latest look, consisting of a knit bodysuit in a pale yellow, paired with a neon yellow mini skirt.

The pictures showed Amy during her usual routine of getting ready for the show, sitting in the makeup chair, bright smile and all.

She captioned the post: "Felt like the right color on a rainy Wednesday! Repost from @jls_style using repost_now_app – Hello hello limoncello !!! @ronnykobo knit bodysuit and @frenchconnection skirt on @ajrobach. Diamonds by @roberto_coin and turquoise heart necklace by @ragenjewels."

On September 3, Robach uploaded a picture to her IG story where she shared with fans her Friday outfit that featured a Vince sweatshirt and A Bash Paris jade green trouser.

Is Amy Robach married, and does she have children?

Before her 2009 engagement to former Melrose Place star Andrew Shue, Robach was in a 12-year marriage with Tim McIntosh.

She shares two daughters with McIntosh, Ava and Analise.

She filed for divorce in 2008 and ultimately tied the knot with Shue on her 37th birthday on February 6, 2010.

Robach has three stepsons from her marriage to Shue – Nate, Aidan and Wyatt. 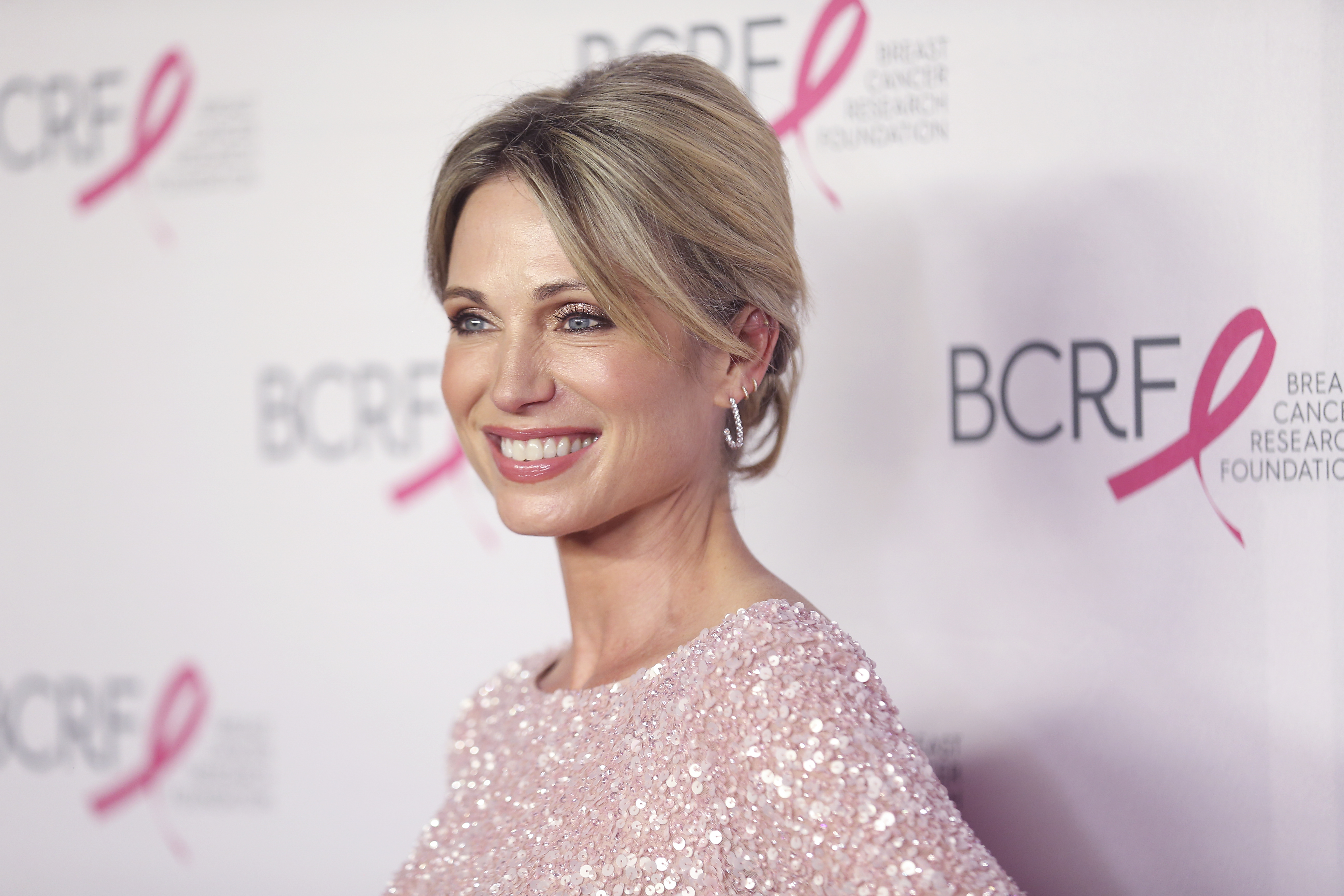 What is Amy Robach's net worth?

According to Celebrity Net Worth, Robach's fortune reportedly stands at $10million.

Robach reportedly earns a $1million annual salary for her work on GMA.