Trish Summerville, an Oscar nomination favorite for her elaborate 1930s wardrobes in David Fincher’s film, describes the challenges of creating clothes in a black and white world 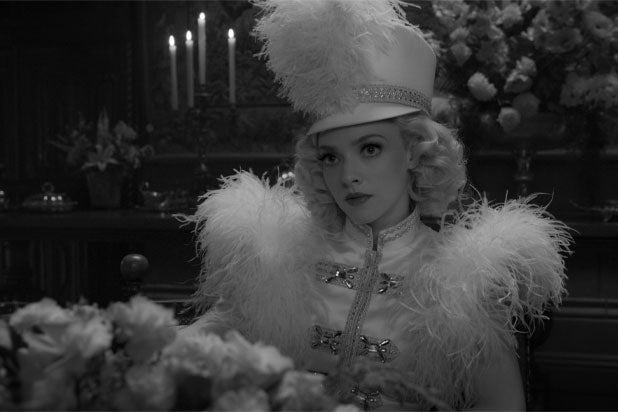 Black and white photography was a natural choice for “Mank,” David Fincher’s evocation of 1930s and early 40s Hollywood, chronicling the writing of the classic “Citizen Kane.” But “Mank” marks the director’s first feature film in black and white. And his decade-long collaborator, costume designer Trish Summerville, quickly understood that the absence of color could create a disorienting sense of what’s-what on set.

But as Summerville revealed in this exclusive video about the making of “Mank,” she knew a trick for putting her boss’s mind at ease.

“I was checking things on my phone in the monochromatic setting,” Summerville said. “And then jokingly with Dave, telling him, ‘When we’re on set, please don’t look at the background, just look at the monitor!’ Because the colors that read really well, and give you tone and variance, were just salmon and chartreuse and lavender and eggplant.”

She added, with a laugh and seemingly a touch of sarcasm, “Dave’s favorite colors.”

Summerville’s credits with Fincher include “The Girl With the Dragon Tattoo” and “Gone Girl.” She has also costumed Jennifer Lawrence in lushly color-specific clothing in “The Hunger Games: Catching Fire” and “Red Dragon.” But working in black and white was a challenge the costume designer eagerly accepted.

“I actually like working with no color,” she said. “There was this figuring out how to tell the story without using color so that things didn’t just go flat or things didn’t pop too much.”

Also in the video, Amanda Seyfried, a Golden Globe nominee for her performance as actress Marion Davies, reflected on wearing Summerville’s creations in the film.

“When you step into a different space with clothing that you’re not used to wearing,” Seyfried said, “and costumes that feel like they were worn by people in the 30s, it’s impossible not to get carried away and really feel like you’re there.”

Check out the video on Trish Summerville and “Mank,” below.