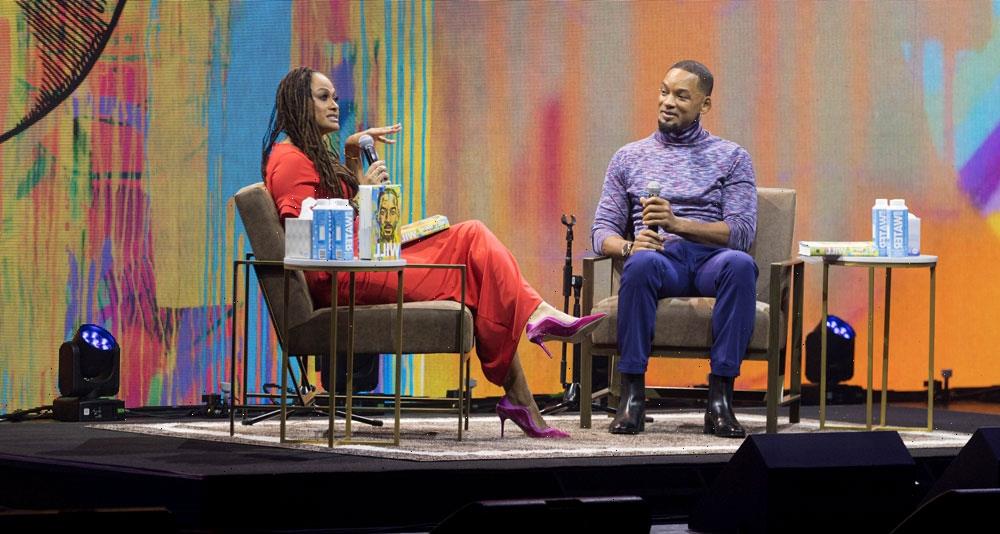 Will Smith’s book tour took over the Dolby Theatre in Hollywood on Thursday night.

The 3,400 seat theater was packed to the rafters for the two hour event, as Smith brought his own special brand of smoke to the stage both in the form of pyrotechnics, as well as a fresh verse.

Part rap show, part motivational seminar and part sermon, fans hung on Smith’s every word as he opened up about the highs and lows of his life and career, divulging the secrets to his success in Hollywood, as well as some of his darkest moments and deepest disappointments. And as acclaimed filmmaker Ava DuVernay interviewed the two-time Academy Award-nominated actor at the home of the Oscars, it was hard not to imagine that Smith could very likely return to this venue in about four months for his portrayal of Richard Williams, father of tennis greats Venus and Serena Williams, in “King Richard.”

Fatherhood was a major throughline for the conversation as Smith detailed his complicated relationship with his father Willard Carroll Smith Sr. (who went by Daddio), who Smith says was and is his hero, but also a source of great pain, as he was abusive during Smith’s childhood.

“Some of the greatest things about me are because he was my father, some of the greatest lessons of my life — the way I look at the world, the way I can endure, the way that I think,” Smith shared. “He was my hero, you know, but at the same time, he beat up my mother in front of me. And it just twists up a young mind. … Aren’t you supposed to hate somebody that beats up your mother?”

As a youngster, Smith took on the situation as his own personal failure, becoming an entertainer as a defense mechanism. “I started performing as a way of trying to keep peace in my house,” he revealed. “If everybody’s laughing, and everybody’s having a good time, nobody’s getting beat up.”

Smith also shared how that fractured relationship pushed him to try to become “the best father this planet ever seen” for his kids Trey, Jaden and Willow.

Speaking of the Smith kids, the evening was marked with special significance with it falling on Trey’s 29th birthday. Smith pointed out his eldest child in the audience, who was sitting alongside his mother, Smith’s ex-wife Sheree Zampino, and asked him to stand for the applause, while a neon sign that read “Happy Birthday Trey” flashed on screen. The superstar then performed his 1997 track “Just the Two of Us,” accompanied by his pianist Marcus.

“Would you ever think that you’d be speaking to your son at the Dolby Theatre in front of all these people about this?” DuVernay asked.

“It was such a scary time for me, also because I’d just gotten back from being broke [referring to the moment in 1990 when he had to sell everything to pay back taxes], and I was like, ‘Oh no, now I’ve brought someone else into it,’” Smith said, earning a chuckle from the audience.

“And it was a really difficult time — Trey’s birth was an emergency cesarean and he had, when he put the babies in the NICU, he had a IV in his head. It was a shocking introduction to parenthood.”

Smith also gave a shout-out to Zampino, commending her for the way she maintained their relationship amid and after their divorce. “It’s so critical in those situations — especially as much as I was working and everything I was doing — and Sheree you’ve held it down for 29 years. I’ve got you forever,” he said.

He also acknowledged longtime friends who were in the house, including Charlie Mack and veteran entertainment executive Benny Medina, and regaled the audience with stories about the roles they played in some of his fairytale moments, including his team up with DJ Jazzy Jeff back in Philly and his impromptu audition for “The Fresh Prince of Bel-Air” at Quincy Jones’ birthday party, all on the way to racking up a string of box office hits (eight consecutive No. 1 films from 2002-2008, to be exact).

To wrap up the conversation, Smith recounted his final Facetime call with Daddio, who died in November 2016. He was on the set of “Bright” when director David Ayer told him to call his father because it was an emergency. Smith’s dad had been given six weeks to live some three months earlier, with the two men taking that time to get real about their relationship.

In that final call, Smith said, the two just looked at each other for about 20 minutes. His father had no advice left to give, eventually turning to humor.

But Smith says working things out with his father “purified his heart” and taught him some major life lessons.

“I just learned what love is, you know what I mean? It’s like, you can’t … you can’t punish people for mistakes,” Smith said, beginning to break down on stage. “Nobody … nobody’s perfect. Everybody’s having a hard time and they’re trying to figure this shit out the best way that they can.”

He continued: “You have to forgive people. And a big part of that is forgiving yourself. If we don’t forgive ourselves for stuff, it makes it impossible for us to forgive other people. [Daddio] helped me cultivate like an emotional invincibility. To love and to be loved is really all there is, and everything else needs to be set up to support that.”

After wiping his tears (and while many in the audience choked back their own), Smith thanked DuVernay for co-hosting and transitioned back to rapper mode, performing “Gettin’ Jiggy Wit It,” his first No. 1 single, to end the evening on a high note.

The candid conversation was part of a whirlwind round of publicity for Smith, as he simultaneously promotes the memoir, “King Richard” and his upcoming National Geographic series “Welcome to Earth.” Titled “An Evening of Stories With Friends,” the Los Angeles edition followed stops in Smith’s hometown of Philadelphia, hosted by Queen Latifah before Smith and DJ Jazzy Jeff brought the house down with a quick set; Brooklyn, with Spike Lee as the emcee; and Chicago, where the memoir’s co-author Mark Manson did the honors.

Now here’s just a few highlights from the actor’s upcoming schedule: on Sunday evening, Smith returns to Hollywood Blvd. for the red carpet premiere of “King Richard,” as the real-life family drama closes the 2021 AFI Film Festival at the TCL Chinese Theatre (right next door to the Dolby). Then he’ll travel across the pond to London for the final stop on the book tour and a conversation with Idris Elba on Nov. 18. The next day (Nov. 19), “King Richard” debuts in theaters and begins streaming via HBO Max. 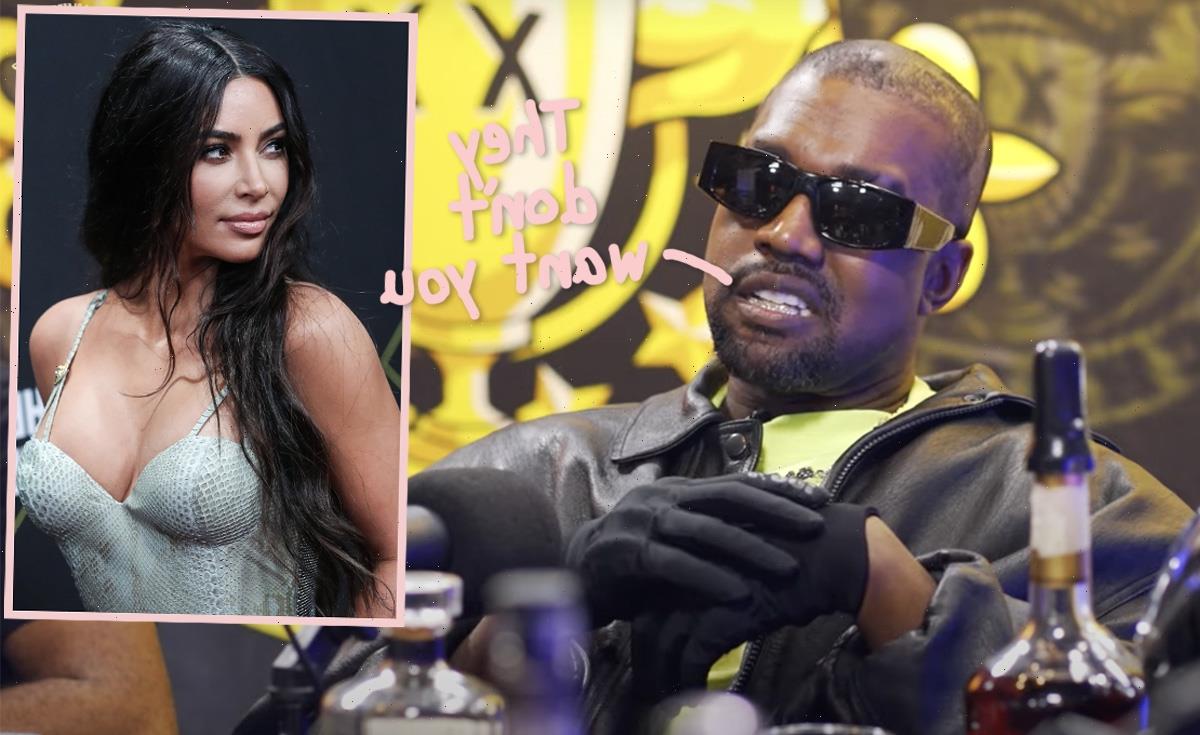 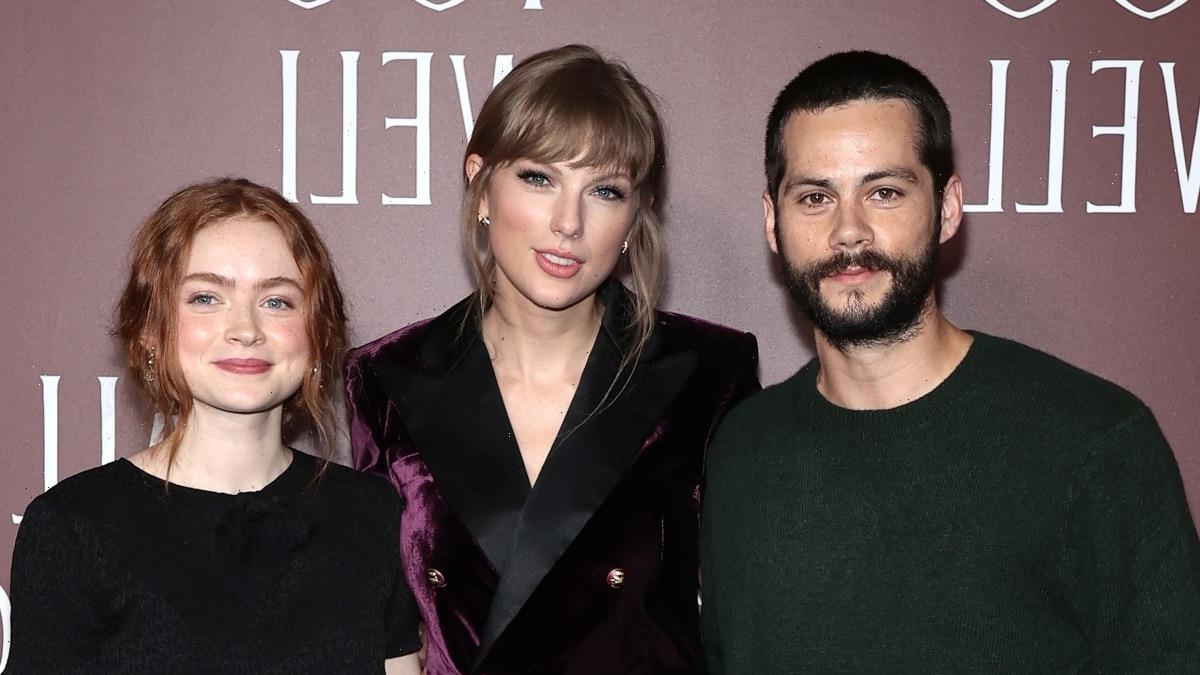