“I don’t think there will ever be a person-to-person replacement,” WWE exec says, suggesting the company will be led by committee after her father retires 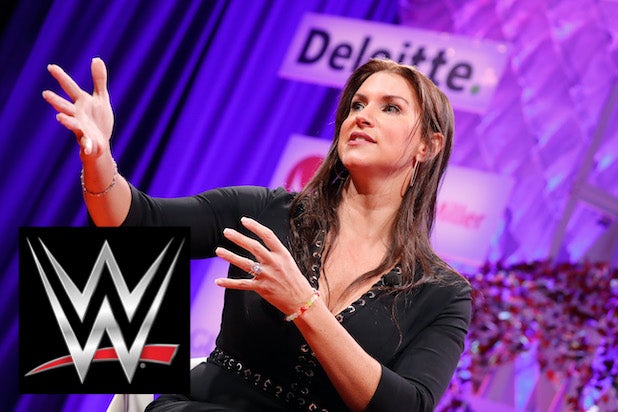 WWE without its founder, Vince McMahon, is difficult for anyone in professional wrestling to envision, but his daughter Stephanie says that when the time comes for the 75-year-old chairman to retire, the company will take a group approach to management.

“I don’t think there will ever be a person-to-person replacement for Vince McMahon. He does too much. The landscape would look different however it shakes out,” Stephanie McMahon, who has been both a performer and business exec for WWE for over 20 years and currently serves as the promotion’s chief brand officer, said on the “Bloomberg Business of Sports” podcast Saturday.

Fans have generally believed that Stephanie would take control along with her husband and wrestling legend Paul “Triple H” Levesque, who has spent the past several years in charge of WWE’s acclaimed developmental brand, NXT. But McMahon thinks because no one person can replace her father and all he does, the company will be overseen by several people.

“I do think a lot of the institutional knowledge is important, particularly with regards toward the core content. But it’s also surrounding our business with strong, smart executives,” McMahon said. “And that’s exactly what we have. So I do think it’s the marriage of institutional knowledge, the incredible production value, the creation of talent IP and storylines and really strong business executives to help us expand. I think it’s a combination of things.”

Like the rest of the sports world, WWE has seen TV ratings plummet during the COVID-19 pandemic, with only 1.84 million viewers tuning in for last week’s episode of “Monday Night Raw.” But the company has lined up lucrative broadcasting and streaming deals with Fox and NBCUniversal, including one that moves the company’s WWE Network streaming service and all its live PPV events to NBC’s streaming service, Peacock. This includes Sunday’s “Fastlane” event and WWE’s flagship annual show, WrestleMania, which will be held in Tampa on April 10.