Wynonna Earp is taking a break after the Sunday, Aug. 30 episode, but you don't have to wait to see some footage from the second half of the season. 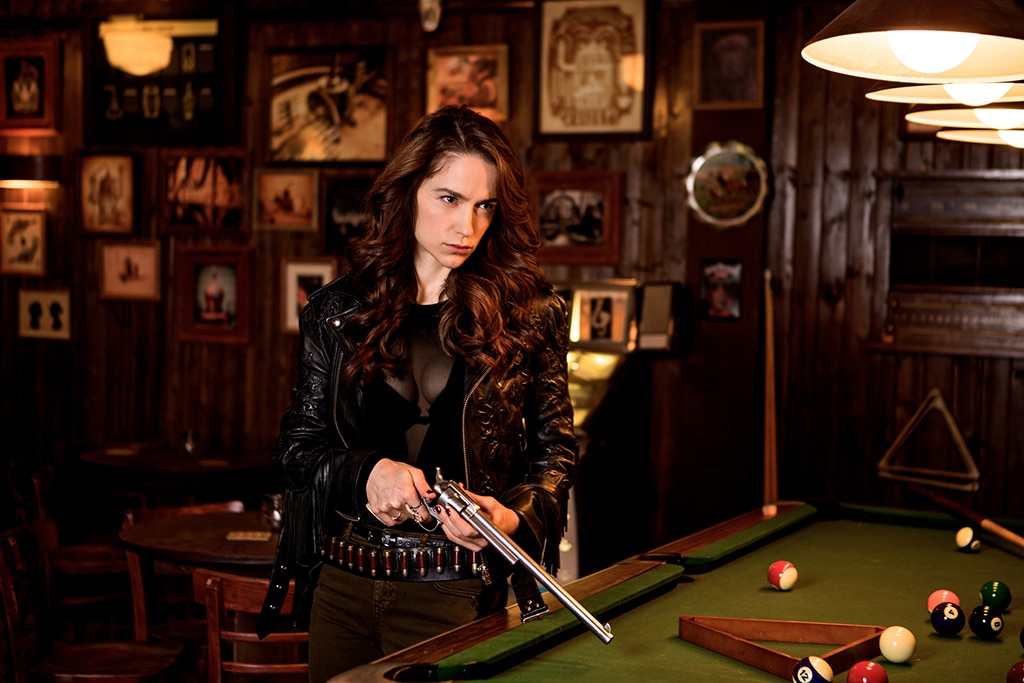 Never doubt the effectiveness of singing a slow song about your gun as you walk through the woods, if creepiness is what you're going for.

Wynonna Earp just released a new teaser for the back half of season four, featuring brand new footage filmed during the pandemic. It features Wynonna (Melanie Scrofano) drunkenly making her way through the woods as she sings a creepy little song for whoever she's planning to shoot.

There's just one episode left in this first half of the season that will likely address whatever is going on with Nicole (Kat Barrell), who was last seen being drowned in a tub after vomiting up a whole lot of frogs and setting fire to her home. Hopefully she's alive and done with all the frogs and fires, but something tells us it's not that easy.

Watch the teaser below!

The Bachelorette Finally Has a Premiere Date

Six episodes of Wynonna Earp season four were completed before production had to shut down in March, but production on the back half of the season resumed in Calgary in mid-July. Scrofano told E! News that it was a "f–king mess" but the cast and crew were doing "an amazing job."

"It's such a learning curve for everyone," she said of the new protocol in place to prevent the spread of coronavirus. "Half the time we're like, oh my god, the rules! And nobody's doing it on purpose, but we're just so not used to like, we have to wash our hands every four seconds. Every time we get to a new space we have to sanitize. We wear our masks. Even actors wear masks, all the time, except obviously when we're rolling."

Scrofano said that even regular scenes started to feel a lot more intimate.

"Personally I feel like I need to check in with people the way you would before an intimacy scene," she said. "I now just check in before any scene, and I'm like, 'What are you comfortable with? Can I touch you? How close can I get?' Because everybody's comfort level around the virus is so different. And some people are more scared and more cautious so you just have to be respectful of that, almost like it were like a makeout scene."

The cast is currently filming the final two episodes of season four, which will return to Syfy in 2021.

(E! and Syfy are both part of the NBCUniversal family.)

Tags: celebrities, entertainment, tv
Recent Posts
We and our partners use cookies on this site to improve our service, perform analytics, personalize advertising, measure advertising performance, and remember website preferences.Ok