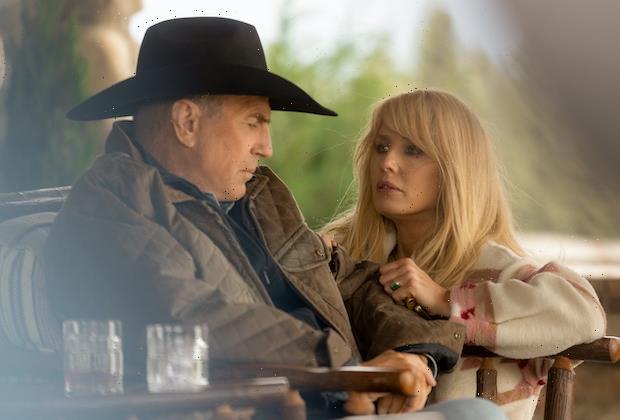 “I’m gonna regret the s—t outta this,” John said in Sunday’s Yellowstone. And since “this” was taking advantage of Kayce, Monica and Tate’s presence at the big house by making Beth and the living-room contingent join them — and Summer — for supper in the dining room, you bet your ass the Dutton patriarch regretted it. How ugly did things get? Read on… 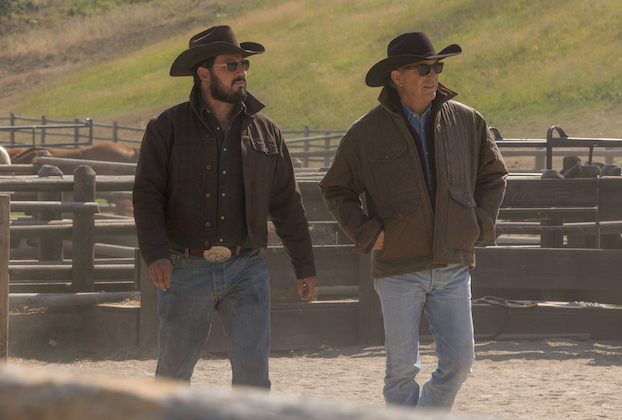 ‘YESTERDAY IS WHAT EATS ME’ | As “Watch ’Em Ride Away” began, John put off letting Beth berate him for commuting Summer’s sentence and having her serve out her house arrest at their house just long enough to let Clara talk him out of cancelling all of his meetings so that he could gallop off to brand cattle with the bunkhouse boys. If he wanted to invite the press, anyway, to show them what the Yellowstone is really all about, his assistant suggested that he could turn the spring gathering into a MEPP (manufactured event for political purposes) and blow through a week’s worth of sit-downs in a day. “Load me up,” John said, delighted. That Clara, she’s good!

Over at Kayce and Monica’s, only when she found her husband in tears did she realize that she’d never asked how he was feeling in the wake of their loss. He was worried — about everything — and didn’t have a clue about the direction in which he should point. Monica did, though. She didn’t want him to quit his job; that wasn’t to blame for baby John’s death. Nor was a buffalo. God needed him, she said. For what? Well, “that’ll be the first question I ask when I meet Him.” Till then, they and Tate needed a break, so she wanted them to accept John’s invitation to the spring gathering. Back at the ranch, Beth shocked Rip by wanting to ride out with the cowboys, too. 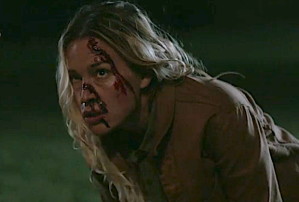 ‘IF YOU THOUGHT LAST NIGHT WAS UNPROFESSIONAL… ’ | At Jamie’s office, he busted Sarah for having hooked up with him just so that he’d have to recuse himself from representing the state against Market Equities. The thing is, he added, the state hires outside counsel. So if that was why she’d [bleeped] him, she’d done it — and him — for nothing. In response, she began unbuttoning her dress. That evening, since Kayce and his family were at the ranch, John made the mistake of insisting that Beth, Rip and Carter join them and Summer at the table. It did not go well. In fact, it went so poorly that Beth suggested that she and Summer take a walk.

Outside, the nemeses beat the living daylights out of one another. We’re talking brutally, too — to the point that Beth head-butted Summer, and Summer kicked Beth in the p—sy. Finally, Rip broke up the fight, shamed the women and invited them to stop rolling around and finish up with some dignity — by standing and taking turns socking one another. Summer took a lot — a lot a lot! — but finally cried uncle, after which… Well, holy hell. It looked like Beth was willing to extend an olive branch; she even made a crack, then walked it back since “we’re not doing that anymore.” Seeing the two of them post-brawl, John couldn’t help but admit to Rip that he envied Beth’s freedom. 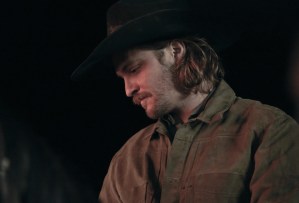 ‘IF IT DOESN’T MAKE YOU CRY TO WATCH YOUR FAMILY RIDE AWAY, YOU PROBABLY SHOULDN’T HAVE ONE’ | Before Beth rode off with her father, husband, brother, nephew and a whole bunch of ranch hands, she suggested — nicely — that Summer use the two days that everyone would be gone to take a walk around the ranch. “Tell me if there is a forest in America in better shape or more loved, then tell me we’re the enemy.” Saying goodbye to Kayce, Monica urged him to look out for “our boy — he’s the only one we got.” For the moment, anyway. “We’re gonna fix that,” Kayce told his wife. With that, off he rode, taking half the cast with him.

So, your thoughts on the episode? That Beth/Summer brawl — one of TV’s all-time best, no? And could Sarah be any more seductively sneaky? Hit the comments with your observations, questions, etc. 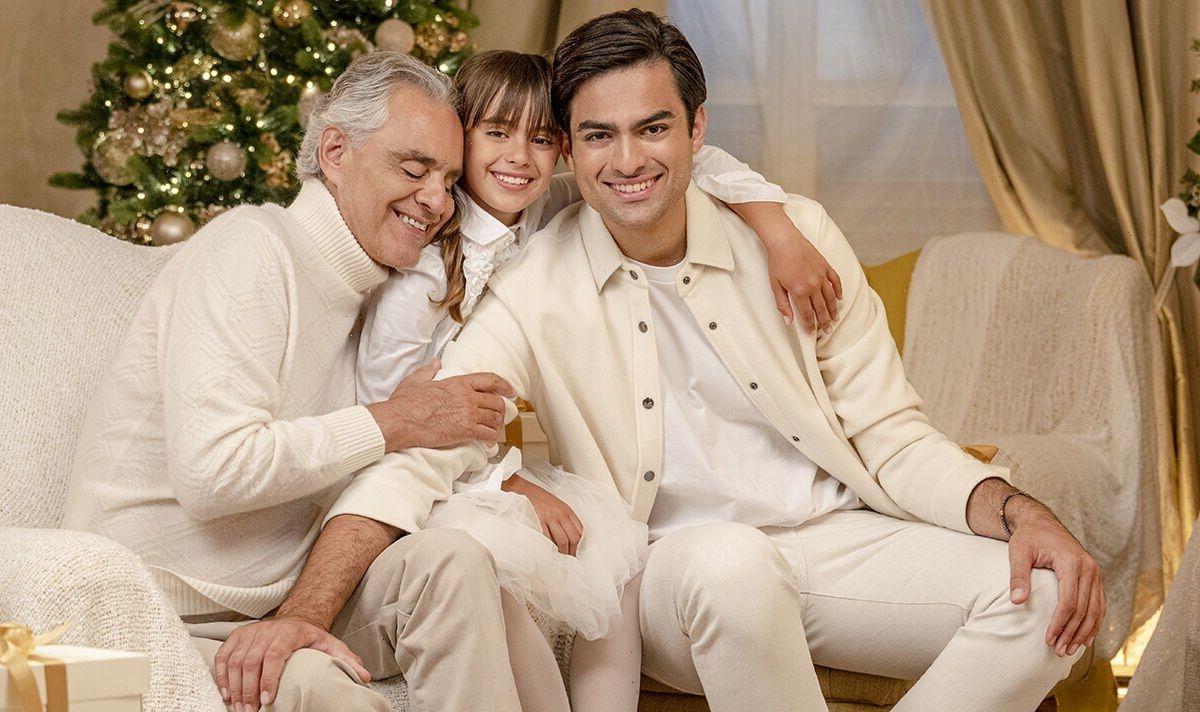 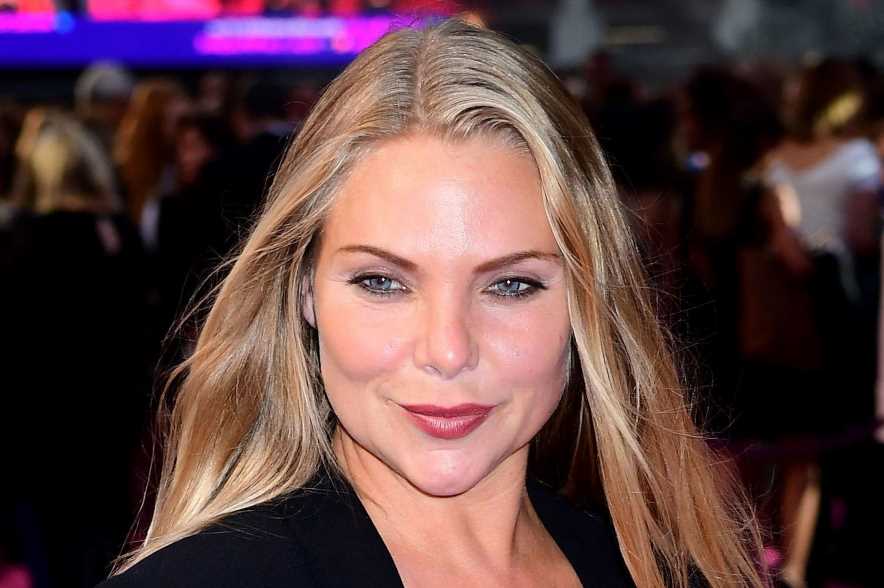